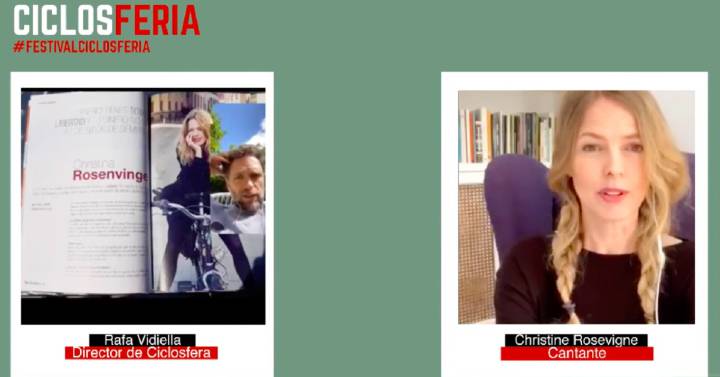 The strict confinement of the first state of alarm turned our daily life upside down. Most of the shops and businesses closed, teleworking was imposed, it was not allowed to even go out for a walk. Those concerns also influenced the bicycle sector, whose stores had to close overnight without being clear about what would happen next. In this context, Rafa Vidiella, director of the magazine CyclosphereHe thought that something had to be organized to give peace to the sector. Thus was born Ciclosferia, an urban cycling festival whose first edition was held at the beginning of May 2020.

“When the covid exploded I could not stay still. In the bicycle sector there was fear and uncertainty, people were helpless. The stores were shivering, they had to close overnight and do ERTE, without knowing when they were going to open” Vidiella explains. “That is why I organized a webinar first [un seminario virtual] so that store managers could share their experiences, and from there I began to think that it was worth riding something bigger, “he adds.

The result was the first edition of Cyclosphere in which they held talks with the industry and with people from all walks of life interested in urban cycling, from Macaco to Christina Rosenvinge. “Every day there were seven webinars and five interviews. People liked it a lot, because it helped them think about something else in a difficult moment,” Vidiella says. Some 12,000 people attended their virtual activities. “The festival was held in May, when an ascending line was sensed that has culminated in a boom in bicycle sales“, says the director of the magazine that has completed nine years of publication.

The second edition of this cyclist and virtual event is being held this year in the same spirit, which can be followed from June 14 to 18 through its website. Topics to be discussed include EU funds for bicycles, the good time shops are experiencing, what tools are being developed by city councils to promote bicycles or whether cycling could be the next boom in Spain. They will also talk about cargo bikes and electric models.

“Now, luckily, the situation is different from last year, but I think there is still a lot to say. That is why we are going to talk about what the municipalities have done, if they have taken advantage of the confinement to carry out strategic urban planning to change things. , the resilience funds of the European Union, what will happen to the five million euros included in the State Budget for the bike … “, Vidiella points out. “The idea is for Ciclosferia to become a space for both industry and users, to whom we will explain, for example, when to wait to buy bicycles, or what the different communities help to buy a bike.” All activities are free; you just have to sign up on their website.