Updated guide to travel to Spain: these are the access requirements for foreign tourists 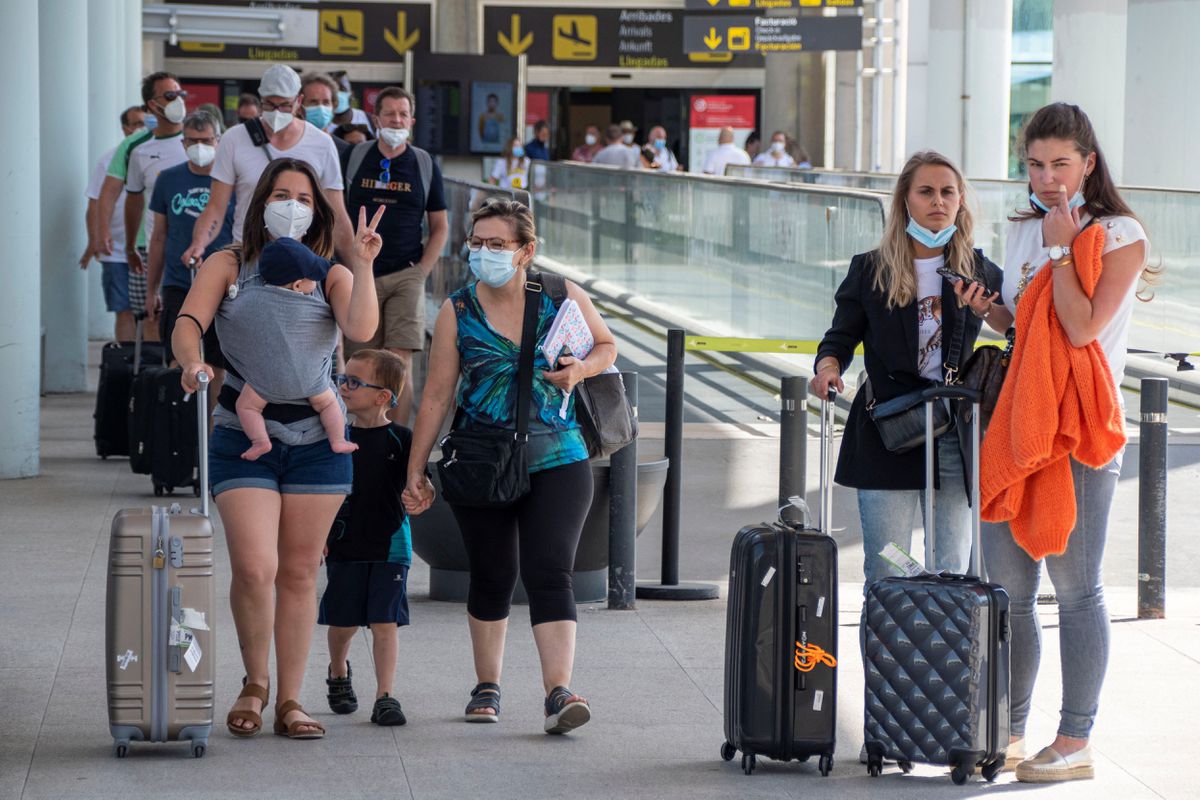 Spain faces the high summer season with the tourism sector waiting for the arrival of foreign tourists. The upturn in domestic travel encourages recovery, although companies are aware that the numbers will only show when foreign travelers return. Among these, the possibilities of access to Spain are very varied: there are differences depending on the reason for the trip – whether it is due to force majeure or leisure -, the place of origin – whether you arrive from another European country or from outside the Union – and even by the type of tourist – whether they are vaccinated or not.

The differences in international mobility will depend especially on the place of origin, if it is within the European Union or if it is outside. In the first case, in trips between EU states, the European health certificate will contribute to the recovery of the trips, which will begin to be used in the EU as of this Thursday, July 1. These are the main questions and answers for visitors who want to travel to Spain in the coming months.

Are there restrictions on travel between EU countries?

Movements within the Union are allowed and the access requirements are homogeneous throughout the territory. For this, Brussels has promoted the European covid certificate, with which some of the requirements for entry into another Member State can be accredited: complete vaccination certificate (the last puncture at least 14 days before the trip), negative diagnostic test (It could be a PCR or antigen test, faster and cheaper) carried out in the 48 hours prior to your arrival or certificate of recovery from the covid. Any of these documents must be written in Spanish, English, French or German or, where appropriate, translated into Spanish by an official body. Children under 12 years of age will be exempt from this requirement.

In addition, depending on the epidemiological situation, there will be European areas that are exempt from this condition: places that are at the green traffic light of the European Center for Disease Control (ECDC), from where you can travel without restrictions and you will not have to prove any of these issues.

Are there countries outside the EU that can travel without restrictions?

There is a list of special countries and regions whose residents are not affected by the temporary restriction of non-essential travel to the European Union. That is, areas from which you can travel without any access requirement due to their pandemic control situation. These countries are Albania, Australia, South Korea, the United States, Israel, Japan, Lebanon, New Zealand, North Macedonia, Rwanda, Serbia, Singapore, Thailand, Taiwan, China, and the special administrative regions of Hong Kong and Macao (subject the principle of reciprocity). In these cases, it will not even be necessary to present a negative diagnostic test, be vaccinated or have overcome the disease. In the last update of the list there was also the United Kingdom, but as of Friday it will be left out due to the rebound in cases registered in recent weeks.

What will be the entry requirements for UK residents?

This Monday, the President of the Government, Pedro Sánchez, announced that Spain will require a negative PCR from Friday or have the complete vaccine schedule for visitors arriving from the United Kingdom. In this way, they will no longer be able to visit the country without restrictions, as was the case in the last month, due to the fear that the health situation will get out of control due to the rebound in cases in the United Kingdom. “They will need to be vaccinated with the complete regimen or a negative PCR,” said Sánchez on the SER chain. These requirements will be applied to access any point in Spain, although the president was referring to the Balearic Islands, since it is the only autonomy that is currently in the green list from the United Kingdom (destinations that are safe to travel to and do not require a 10-day quarantine upon return to the country).

Can they travel to Spain for tourism from other non-EU countries?

From the rest of third countries of the EU, only travelers immunized with any of the drugs approved by the European Medicines Agency (EMA) or the World Health Organization (WHO) who have received the Complete schedule at least two weeks prior to arrival. Thus, to travel for tourism, the rest of the passengers, the unvaccinated, who will not be able to do tourism in Spain even if they have a negative diagnostic test, have previously overcome the disease or are immunized with a drug not approved by these organisms, are excluded.

And the minors who have not yet received the vaccine?

Children under 12 years of age who accompany an adult vaccinated with a drug approved by the EMA or the WHO will be able to access Spain without restriction.

Are there any exceptions?

Yes. The Government has kept an emergency brake for when new strains of the virus emerge and will be able to exclude countries in which there is one of these most dangerous mutations. In fact, this already happens: in the initial order the exception was included with the so-called risk countries to which the Health Department imposes quarantine. For now there is only India, from where tourists will not be able to travel even if they are vaccinated with a full schedule. In practice, leisure arrivals from Brazil or South Africa are also banned, as flights are restricted and only Spanish or Andorran nationals, residents in Spain or Andorra or passengers in international transit to a non-Schengen country with a stopover of less than 24 can access hours (without leaving the airport transit area), as well as the aeronautical personnel necessary to carry out air transport activities.

Will I have to fill in any additional documentation?

Yes, in all cases regardless of the country of origin, whether by air or sea, including those in transit and those under 12 years of age, passengers will have to fill out a health control form through the web www.spth.gob.es or the Spain Travel Health app. The QR code that is generated must be shown before boarding, as well as at health checks upon arrival in Spain.