Unvaccinated travel doubles the risk of infection with “Covid-19” 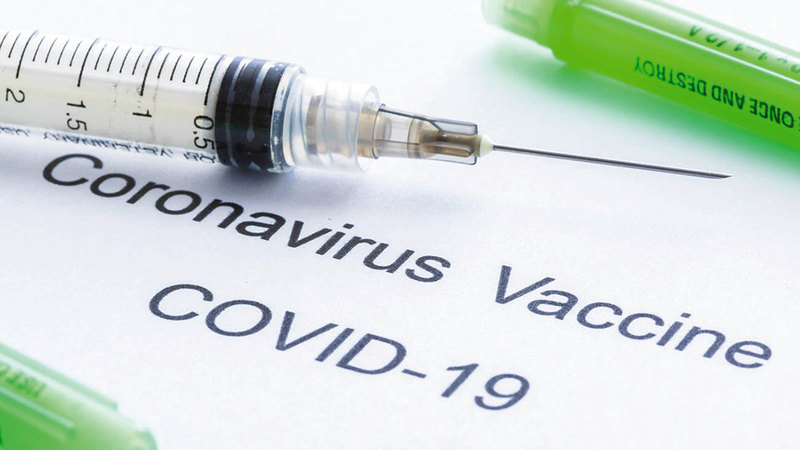 Doctors in the first line of defense stressed the importance of taking two doses of the “Covid-19” vaccination, and that 14 days have passed after the date of the second dose before traveling outside the country, and that vaccinators who have taken the second dose six months or more have obtained a support dose before traveling, warning The risk of unvaccinated people traveling outside the UAE, due to the increased chances of contracting the disease.

They added that the mutations, and the weak health systems in many countries, increase the risk of infection.

In detail, the official spokesman for the medical sector in the country, Dr. Farida Al-Hosani, stressed that the end of the school year, and planning for travel and vacations, require ensuring that the second dose of the “Covid-19” vaccine is completed, and taking the supporting dose for people who have passed six months or more. They took the second dose, to increase immunity, noting the need for citizens wishing to travel to make sure of the requirements and procedures of the countries they wish to visit, and to adhere to them, to avoid any penalties or violations applied in these countries, while adhering to preventive measures, by committing to wearing masks, and staying away. For crowded places, permanent sterilization.

She stressed that “the support dose enhances the body’s immunity, and raises the rate of antibodies to increase the resistance to the virus.”

Al-Hosani added: “The health situation in the countries that represent the travel destination should be reviewed, and the (Covid-19) cases in them should be stable, in order to avoid the occurrence of any emergency measures, or a curfew that may be imposed if the health situation worsens there.”

It advised travelers to avoid crowded places and adhere to physical distancing, regardless of the measures applied in the countries they intend to go to, given the discrepancy in adherence to precautionary measures between one country and another.

She also stressed the necessity of constantly wearing masks while using various means of transportation, including planes, cars or ships.

In turn, a specialist in family medicine at Fakeeh University Hospital in Dubai, Dr. Adel Sajwani, confirmed that the “Corona” pandemic led to the death of about four million people around the world, and the only weapon to fight it became vaccination, as it contributed to reducing deaths in many countries.

He added that traveling is a great risk for those who are not vaccinated, “because a person who is not vaccinated exposes himself to severe infection.”

He explained that “vaccines, of all kinds, transformed (Corona) from a deadly virus into a very ordinary virus. But a person who is not vaccinated, who wants to travel, does not benefit from this advantage, so he will be vulnerable to severe infection, in light of the presence of mutants of the virus in many countries.

Sajwani added, “A high percentage of the UAE population has received the vaccine, which reduces the possibility of transmission of the virus between individuals. It also has high-quality medical care, as it owns field hospitals, intensifies examinations, and provides free treatments. On the other hand, the percentage of vaccinated people in many countries drops to very low levels, so when the traveler is not vaccinated, his risk rate increases. If he is infected with the virus, or mutants, the infection will be more severe. He may be infected in a country that does not have a good health system, or good treatment, which exposes him to health problems.”

Sajwani advised against traveling before taking the vaccine and 14 days after the second dose. He also urged travel to the Green List countries, countries in which a large proportion of the population has received the vaccine, few daily infections are recorded, and they have a good health system, so that the traveler receives good treatment in the event of his injury, pointing to the need to obtain health insurance for treatment abroad before traveling. .

He stressed that “the chances of infection of those who are not vaccinated outside the Emirates are higher than the possibility of infection if they remain inside the country, given that the largest proportion of the UAE population receives the vaccine, as the UAE leads the world in the rate of vaccine distribution, and therefore rates of infection spread and transmission of the virus between individuals, This achievement is evidence of the success of the national campaign for the vaccine, and the proactiveness of the state to reach a sustainable recovery.”

The professor at the Canadian University of Western Ontario, a consultant in pediatrics, infectious diseases and immunity, at the Heart Medical Center in Al Ain, Dr. Hossam Al-Tatri, expressed his understanding of the desire of some of them to travel, especially after more than a year and a half since the start of the Corona pandemic, and the pressures on some of them. Psychological and material.

He called on everyone who thinks of traveling to put five conditions into their account, before deciding to travel, including obtaining the vaccination before traveling, and the additional dose – if six months or more have passed – since the second dose, and choosing a country with high vaccination rates and a low infection rate, And that the state implements precautionary measures, in addition to the commitment of the person himself to wearing a mask, sterilizing hands, and re-examination before returning to the state, to ensure that he is not a carrier of the virus or of a new “Corona” mutant.

Doctors in the first line of defense confirmed that the Emirati medical procedures contributed to limiting the spread of the epidemic, and to a significant increase in recovery rates in the Emirates, as well as a clear reduction in death rates. They stressed that the health authorities in the country are keen to apply the latest tests and treatments to combat the Corona virus, which contributes to a speedy recovery, in addition to following up on studies, treatments, and available or announced vaccines around the world, and providing any treatment for the safety of citizens and residents.

The Ministry of Health and Community Protection confirmed that the drug “Sotrovimab” contributes to the treatment of cases of people infected with the “Covid-19” virus, as more than 97.3% of those who received it showed an improvement in their disease condition within 5-7 days.

The drug has also been shown to prevent severe illness and death in more than 85% of early treatment cases.

She explained that those who received the drug are among the at-risk groups, given that they suffer from diseases such as obesity, cancer, lung and diabetes.

• 5 requirements that must be met before making a travel decision.