Unrivaled Red Bull, but Mercedes melt, Norris did not 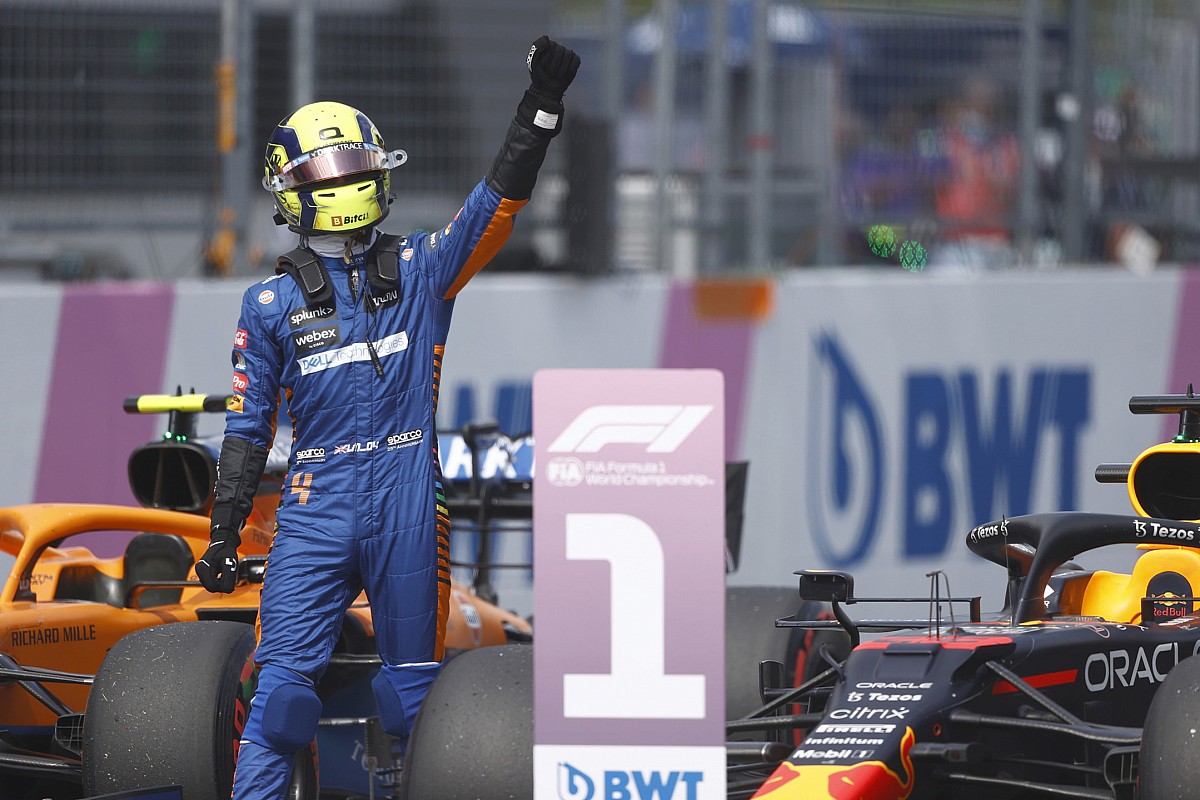 “It is not enough for Max to be first”. The sentence, by Christian Horner, sums up Spielberg’s afternoon, in which Verstappen conquered the third consecutive pole position, running for the success-encore on the Red Bull Ring.

The superiority of the world leader duo was confirmed, but Verstappen did not digest the choice made in the last ‘run’ of Q3, when the garage sent him on the track first.

Max wanted a trail, and at the end of the day he was right, because the pole position realistically risked losing it (and it would have been sensational) against a Lando Norris and a McLaren in a state of grace.
“Pole position is not enough – confirmed Verstappen – we must always try to do things in the best possible way, and today something was not perfect”.

“Red Bull has between two and three tenths of an advantage”, was the catchphrase of Hamilton and Bottas last weekend at Spielberg, and it is a correct assessment, also confirmed in today’s qualifying.

What they did not expect in Mercedes is that two opponents, namely Norris and Sergio Perez, would slip into that margin, thus slipping into fourth and fifth position. The first fact that catches the eye is that a Mercedes engine has in fact risked the coup, given that Norris missed the pole position by only 48 thousandths of a second, and it is an evaluation that helps to read the current situation of the champion team. of the world.

The maximum speed data certify the problems of the W12 project, with Hamilton and Bottas in the rear positions in all surveys, and in particular at the braking of corner ‘3’, in which the two Mercedes are the slowest single-seaters.

And Horner didn’t miss an opportunity to tease Toto Wolff: “Their power unit isn’t that bad, given what Lando did!”.

A jab supported by the data. “Tomorrow we have a tougher race than last Sunday – underlined Hamilton – I have no idea if McLaren brought updates this weekend, but they were super-fast and Lando did a great job.”

But when it was pointed out to Lewis that a Mercedes engine is still in the front row, he shook his head, deflecting the question: “If I look at a lap of Max I can see that we lose everywhere, it’s not a particular point, but the whole round. The impression is that they have improved the car again, we have two ahead, and I think tomorrow will be a walk towards victory for Max. For our part, the strategy will be to limit the damage ”.

According to Mercedes’ head of track operations, Andrew Shovlin, the problem was related to the temperatures: “The hottest track we found today did not match our cars perfectly, and the impression is that we have not succeeded. to put the tires in the right temperature window. Most of our opponents in Q3 managed to find a tenth or two, a gain that we have not been able to make, with the result of finding ourselves behind ”.

Tomorrow’s race, which as regards the first position seems decidedly obvious, will live on a comparison that is anything but predictable, given the variable Norris.

When the engineer communicated the second final position to him, Lando rejoiced over the radio, but only some time later (at the press conference) did he learn that he had missed the pole position by only 48 thousandths. Nobody in McLaren wanted to inform him. “I heard it from Max while he was answering questions – Norris confessed – and I won’t tell you what I thought. But that’s okay too, I think I’ve done one of the best laps of my career ”.

If a few months ago we had hypothesized a McLaren in front of the two Mercedes it would have seemed a decidedly risky prediction, a shot, but today it is before everyone’s eyes, at least on these types of tracks.

The 71 laps scheduled tomorrow for the positions behind Verstappen are far from obvious, as Lando and Perez will start on medium tires, just like Hamilton and Bottas. It sounds like science fiction, but it is a reality that Mercedes has to deal with. With the prospect of a second round of the season without great prospects, given that the developments on the W12 are in fact concluded.