Unjustified risk: why Sberbank refused to deal with Ozon 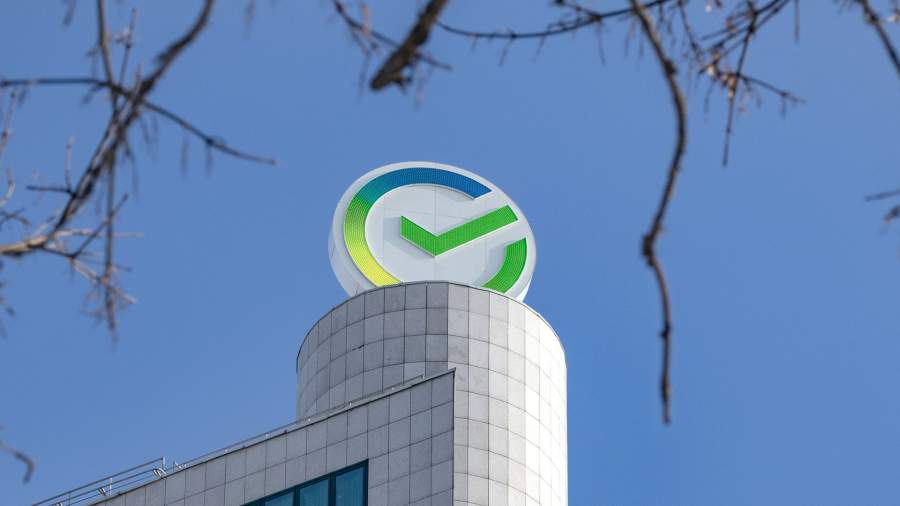 The media have become known details of the failed transaction between Sberbank and Ozon. According to Forbes sources, the parties did not agree on the price: the bank was ready to pay $ 1.4 billion for the company, but the marketplace bargained for $ 2.1 billion. In addition, Sberbank insisted on rebranding and changing fintech services. This is not the bank’s first failed deal with potential partners: before that, the company had not reached an agreement with Yandex and Alibaba. But at the same time in the non-financial sector “Sberbank” in 2020 earned 2.7 times more than a year earlier. What strategy is used by the bank in negotiations and why does not agree to all proposals – in the material of “Izvestia”.

In 2020, Sberbank earned 2.7 times more in the non-financial sector than a year earlier. Its share in the operating income of a credit institution increased by 0.4 percentage points to 1.1%.

According to Finam analyst Igor Dodonov, in 2021 revenues from Sber’s non-financial services will grow 2.5 times and will exceed 100 billion rubles. Managing Director of IC Univer Capital Artem Lyutik predicted for Izvestia that the share of revenue from the bank’s ecosystem in 2021 could grow to 5-7%.

The turnover of goods through Sber’s e-commerce sites grew 43 times in 2020, to 12.9 billion rubles, and the number of orders increased 23 times, to 28 million units. The e-commerce segment includes the services Sberlogistics, Sbermarket and Samokat.

In part, the growth in e-commerce turnover is associated with the coronavirus pandemic: the demand for online services naturally increased, said Egor Dakhtler, an analyst at BCS World of Investments. But apart from this, Sberbank made major investments in the e-commerce sector and made a number of important strategic decisions.

For example, a credit institution entered a new market – online drug trade. In a short time, Sberbank has made its way into the industry leaders: in 2020, Sberbank’s turnover grew by 96% and amounted to 11 billion rubles.

– We began to actively develop a system of hubs – pharmacies with a sales area and a warehouse, intended for online sales, where from 12 thousand to 20 thousand items of goods are stored. With their help, we reduce the load on our large warehouses and deliver the most popular OTC drugs and related products within an hour. Now we have 52 hubs: 17 work in Moscow and the Moscow region and 35 in the regions, – explained the rapid growth of the company’s CEO Anton Buzdalin.

Sbermarket also developed rapidly in 2020: it became the second largest player in the online food sales market after X5 Retail Group (Pyaterochka, Perekrestok, Karusel). Its turnover last year amounted to 20.7 billion rubles. Sbermarket also became the fastest growing in 2020 – its turnover grew by 1019% year-on-year. The growth of the indicator was facilitated by access to almost all regions of Russia.

The ecosystem of the credit institution has changed a lot in 2020: a new strategy and a new look at interaction with partners have appeared – not just entering a share, but tight integration and management from within.

The e-commerce segment has long been Sber’s weak point. Last year there was a break with Yandex. In August 2017, the companies signed an agreement of intent to create a joint project based on Yandex.Market, and in December – a binding agreement. But in June 2020, the parties announced the division of assets.

First Deputy Chairman of the Board of Sberbank Lev Khasis

how explained Lev Khasis, First Deputy Chairman of the Management Board of Sberbank, “the competition between the ecosystems of Sberbank and Yandex began to grow.”

“We plan to remain partners with Yandex in the framework of commercial agreements in many areas,” he said. – Building an ecosystem is a living process, and this deal opens up completely new opportunities for us in the development of the e-commerce segment, as well as removes a number of restrictions from us that were previously stipulated by our agreements with Yandex.

Journalists called the subsequent breakdown of the deal with Ozon another failure of Sber, but here one can trace the strategy of the financial organization, which Lev Khasis strictly follows: if it is unjustifiably expensive, then there is no need to invest. Ozon tried to bargain $ 2.1 billion in the deal, but Sberbank valued the agreement at $ 1.4 billion.

“Lev Khasis is always looking for a balance between the interests of Sberbank and its partners in the negotiation process. At the same time, defending positions, he always focuses on value for the group in the interests of its shareholders and clients, “the press service of Sberbank said.

Now the financial institution is building a partnership with Mail.ru Group to develop assets in the field of transport and food tech.

– The situation with Mail.ru has recently become a topic for many speculations. It, of course, has nothing to do with the situation that we had with Yandex, and it seems that it is not entirely correct to draw parallels here. The fact is that in Mail.ru Sber is a co-owner of a controlling stake. Controlling from the point of view of management, we actively participate in the development of Mail.ru’s strategy, in making all decisions that affect the trajectory of further development of Mail.ru, – stated Lev Khasis.

He admittedthat the bank was unable to achieve the goals of the strategy to create a leading player in e-commerce, but has learned lessons for achieving them in the future. The most important lesson was the rethinking of the partnership format.

– Now, making our strategic investments, we assume either control in the companies with our participation, or a clear and understandable path to control and are ready not to have control only if the services of such a company are clearly, explicitly and deeply integrated with our ecosystem – for example , as in a joint venture with Mail.ru, – said Khasis.

According to him, the bank is optimistic about the partnership with Mail.ru Group and continues to develop e-commerce.

The Ukrainian consul detained in St. Petersburg was interested in the FSB base