University leader takes 33 years without graduating from a career 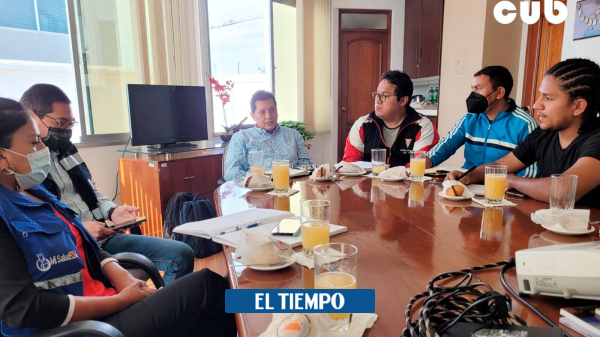 The president of the University Confederation of Bolivia (CUB), Max Mendoza, was criminally denounced for turning his position “into a business”, since he has been studying different free university courses for 33 years and has not graduated.

As reported by the official legislator Héctor Arce in a press conference, Mendoza is the current leader of the students in Bolivia; he is 52 years old and has been receiving state benefits at a public education institute since 1989.

As Arce explained, The civil servant first studied Business Administration and retired to study Law, a career in which he has spent 25 yearstaking into account that the time stipulated in Bolivia to complete it is 5 years.

Additionally, it was established that Mendoza has failed more than 200 subjects throughout this university journey, of which 100 have been registered with a zero point grade, that is, that his participation has been null.

MAS deputy, Héctor Arce, reports that a criminal complaint was filed against the president of the Bolivian University Confederation (CUB), Max Mendoza. pic.twitter.com/SBnS6Jszo7

It is assumed that the official has taken advantage of his status as a student, since in Bolivia the State grants economic incentives to public university organizations.

It is business to be a university leader

What was not known is that This aid that Mendoza receives is actually a salary of 21,860 bolivianos, which corresponds to almost 13 million pesos per month. “Being a university leader is business, why study (and graduate) if it has many benefits?”, said Maple.

Now the leader of the CUB must face justice for the crimes of illicit enrichment, benefit by reason of the position, uneconomic conduct and embezzlement.

(We recommend: Another opposition leader of Daniel Ortega is arrested in Nicaragua).

Additionally, according to local media reports, there would be more leaders doing the same as Mendoza, who has not spoken publicly to respond to the accusations.

The stampede that occurred when the case was disclosed

On May 9, a student assembly was held at the Tomás Frías de Potosí University, in southwestern Bolivia, in which the Mendoza case was announced, but the event was interrupted by an event that caused fear in the attendees. .

In the middle of the meeting, some people who were in the pavilion threw tear gas grenadesso the attendees rushed towards the exit and the event ended in tragedy.

(You may be interested: The keys to the draft of the new constitution of Chile).

⚡️ #NOW | At least three people dead and 40 injured after the explosion of a tear gas grenade that caused a stampede at the University of Potosí, Bolivia.pic.twitter.com/uv7yyPWbKH

According to figures provided by Eduardo Castillo, Minister of the Interior of the neighboring country, 60 people were injured, six of them in critical condition and, unfortunately, four students lost their lives.

At the moment, the authorities speculate who would be responsible and investigations are being carried out to make the corresponding arrests.

Video: this is how a group of assassins attacked the mayor in Paraguay with a pistol.

Mexico will ask the US for a ‘new policy’ for Latin America and the Caribbean.

Puerto Rico: they would vote to decide their independence or annexation to the US.

Marta Lucía Ramírez arrives in Paraguay: these are the keys to her visit.

Trends WEATHER
*With information from AFP.

Outstanding students receive economic incentives from the municipality of Ahome