United States. Trump’s impeachment is over 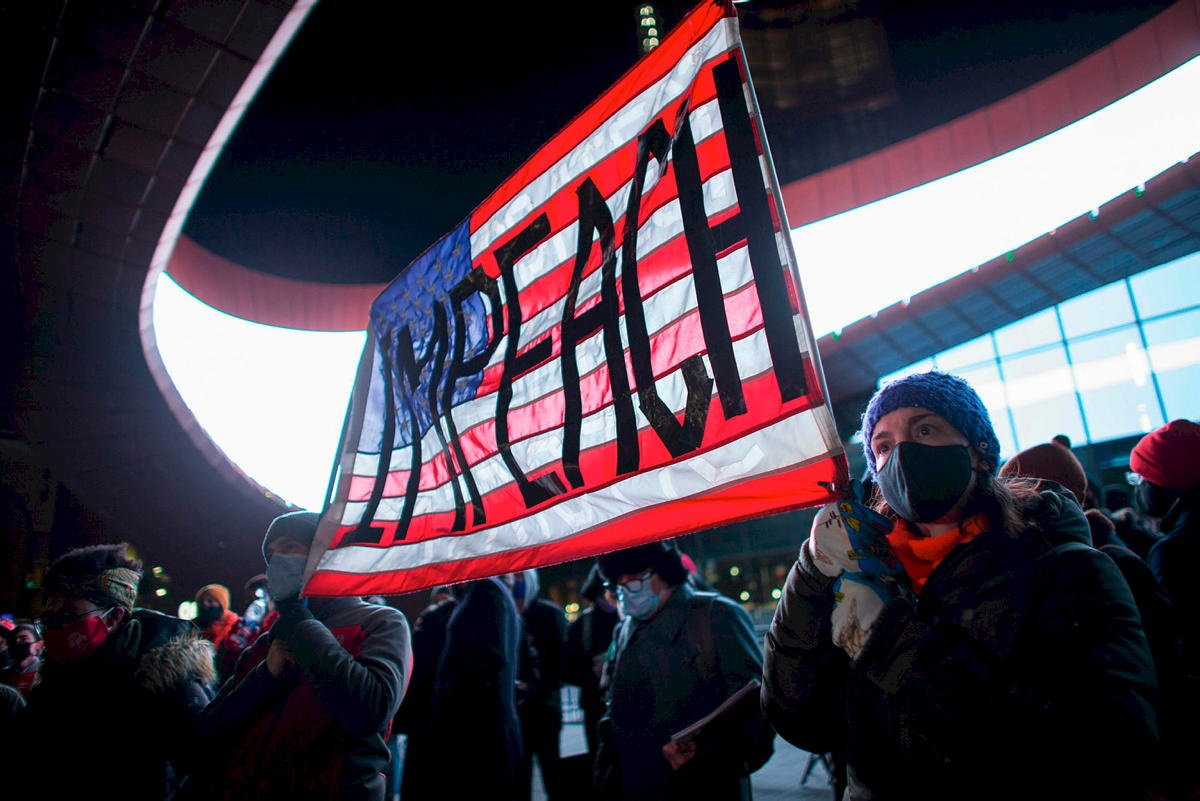 In his editorial, the American daily The Wall Street Journal, called on Donald Trump to “take his personal responsibility and to resign” because “it is better for everyone, including himself, if he goes quietly. “. Led by magnate Rupert Murdoch, close to the former president, this position confirms a rupture within the conservatives who have supported him since the scenes of violence on Capitol Hill by supporters of Trumpism.

An unprecedented series of resignations

In recent hours, the President of the United States has suffered two more resignations from his administration. Transport Minister Elaine Chao was the first to leave her post, citing her “turmoil” after the invasion of Congress. It was followed a few hours later by Betsy Devos the Minister of Education explaining her gesture in a letter addressed to Donald Trump: “It is undeniable that your rhetoric has had an impact on the situation, and it is a point of rock for me ”.

The United States’ envoy to Northern Ireland and former right-hand man to Donald Trump, Mick Mulvaney, was also one of the first to leave office on Thursday. The series of resignations continues to grow affecting White House employees and the presidential cabinet: Stephanie Grisham, Matt Pottinger. So much so that Lindsey Graham, senator from South Carolina and close ally of Donald Trump was forced to react to stop this bleeding: “To those of you who think that you have to leave your post to send a message, I calls not to do it ”.

The risks of an impeachment procedure

The other turning point 12 days before the inauguration of new Democratic President Joe Biden is that of an early departure of the real estate mogul. For Nancy Pelosi, Democratic President of the House of Representatives, considered that dismissing Donald Trump was an “emergency of the utmost importance”. Along with other Democratic officials such as future Senate Majority Leader Chuck Schumer and congressmen, she urged Vice President Mike Pence to declare, with a government majority, that the White House host “unfit.” to perform its duties, on the basis of the 25th Amendment to the Constitution.

Republicans like Adam Kinzinger, supported this proposal “for the good” of American democracy. The American press evokes a possible impeachment procedure, to launch in the Senate and in the House of Representatives.

A long video message from Trump

Faced with the dangers of “impeachment” and his isolation within the Republican Party, can the long video message posted on his Twitter account by Donald Trump stop this flow of condemnations? In the end, almost twenty-four hours after the assault on the Capitol by his supporters, the president finally changed his tone declaring himself “scandalized by violence, anarchy and mayhem”. Real awareness or simple strategy to regain control of the party of order and try to calm the political storm that is falling on it? Donald Trump even addressed “to those who have committed acts of violence or destruction, you do not represent our country. And to those who broke the law, you will pay ”. The president for the first time, also assured to want a transition of the power “without a hitch” and called for “appeasement and reconciliation”, “a new administration will be sworn in on January 20”.

The future occupant of the White House, Joe Biden, who presented his presidential team Thursday evening, wanted to condemn the events of the Capitol, pointing to the responsibility of his predecessor. “Over the past four years, President Trump has unleashed a total attack on the institutions of our democracy. Yesterday (Wednesday, Editor’s note) was only the culmination of this relentless attack (…) I would have liked to be able to say that we couldn’t see it coming, but that’s not true. “He said in particular about” one of the darkest days “for this country.

15 years after the death of Garrafa Sánchez, the guy who just wanted to play

15 years after the death of Garrafa Sánchez, the guy who just wanted to play

Biden and López Obrador bet on a new migration strategy