United States. At the roots of Joe Biden’s left turn 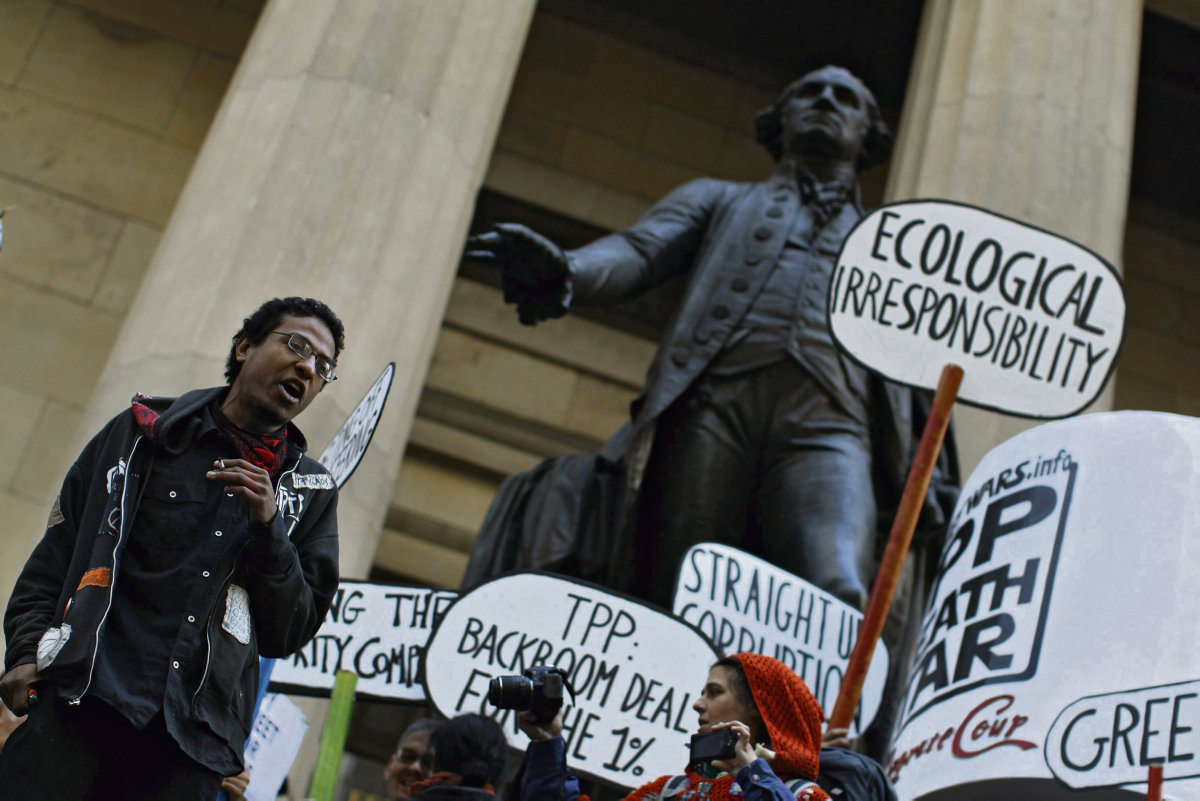 No one really expected that much. Since entering the Oval Office, Joe Biden has announced a number of clearly progressive measures. The first steps of the 46e President of the United States deviate from the middle of the road where he had moved throughout his career, since his first election to the Senate in 1972. So what happened to a good old centrist opposed, in the 1970s, to “busing” (organization of school transport to ensure social diversity in schools) and federal funding of abortion, then during the following decade, support for Ronald Reagan’s massive tax reduction policies and finally editor of the ultra-suppressive Crime Bill of 1994, knows a progressive epiphany at almost 80 years old?

The Marxist magazine Jacobin has his idea, all contained in the title of an article by Liza Featherstone: “If Joe Biden turns left, you can thank the left. ” John Mason’s approach is quite similar. During a webinar organized by the Gabriel-Péri Foundation, a few weeks ago, this professor of political science at William-Paterson University (New Jersey) formulated the following hypothesis: “If Joe Biden is a centrist, it means he follows the center of gravity of his party. When it moves to the left, it follows. “ In fact, Joe Biden’s program during the Democratic primaries was more to the left than that of Clinton in 2016, which himself was more to the left than that of Obama in 2008.

If no left figure has found its place in the Biden administration, although truly progressive elected officials have been appointed (Marcia Fudge in Housing, Deb Haaland in the Interior, Xavier Becerra in Health), the President Biden’s first thirty days – partly encumbered by Donald Trump’s failed second impeachment trial – were nonetheless surprised by their daring, at least given the man’s pedigree.

“Biden was not our ideal candidate. He is not our dream president. But it’s not a matter of taste, but of policies, notes Ethan Earle, political consultant. The left too often finds it difficult to recognize its own victories. She must therefore claim credit for the concessions wrested from the Biden administration. “

None of the measures Joe Biden announced is likely to cost him politically: they have become popular over the past decade. Occupy Wall Street (OWS), triggered in September 2011, can be seen as the starting point of this movement. A few months later, during a “Left Forum” in New York, in front of a half-dumbfounded, half-irritated audience, the filmmaker Michael Moore had launched: “We did the most difficult part of the job: being the majority in people’s minds. “

” That’s what happened, summarizes Bennett Carpenter, leader of the progressive movement Durham for All, North Carolina. In 2011, Occupy rose up to protest economic inequality. In 2013, Black Lives Matter (BLM) rekindled the fight against systemic racism. In 2016, the candidacy of Bernie Sanders energized the electoral and socialist left. And then there was the Fight for $ 15 movement, the movement of DREAMers and Latinx activists, and many others. All these movements should be understood as a sequence in which each has learned lessons and contributed advances from each other. But these movements must also be understood as a gradual and growing reaction to the failings of neoliberalism and the last Democratic administration, of which Biden was a part. “

A year after the launch of OWS, still in New York, employees of fast food restaurants called a strike demanding a minimum wage of 15 dollars. Which earned them a few lines in the New York Times. Barely a year later, the city of Seattle, under the aegis of Socialist City Councilor Kshama Sawant, was pioneering in the field. In 2015, Bernie Sanders, candidate for the Democratic primary, included this measure in his program. “You remember that, until 2015, this demand seemed ridiculous to many economists and elected politicians, recalls Nicholas Allen, head of international affairs for the SEIU union (2.2 million members). Today, having made its way into many big cities, then states, such a minimum wage not only seems reasonable, but absolutely necessary to revive purchasing power in an economy devastated by the crisis. “

The idea of ​​an “ecological New Deal”

Like the Fight for $ 15, the story of the past decade is one of peripheral ideas that are becoming central to the country’s political life. To structural issues in the country, a new generation of activists is providing bold responses and often new forms of action. In 2018, the Sunrise movement stood out by occupying the office of the Democratic “speaker” of the House of Representatives, Nancy Pelosi, in order to advance their idea of ​​a “New ecological deal”. The activists are asking a brand new elected official to join them. Contrary to the conventions of this high place of power, she accepts. Her name is Alexandria Ocasio-Cortez, 29, a claimed socialist, the youngest elected in the history of Congress. The Democratic establishment is choking, but an idea has leaked out. In 2021, it is now favorably received by voters.

Black Lives Matter sets the terms of the racism debate

Sometimes the friction is played out within the left wing itself. In 2015, Black Lives Matter activists interrupted Bernie Sanders speaking at the lectern. They find that the candidate does not sufficiently take into account the question of systemic racism and refers any progress in this area to purely economic and social proposals. The debate agitates the progressive camp for months and years. Four years later, the “Sandernista” platform incorporated a new way of thinking in this area. Like the whole country, by the way. 2020 is not 2008. What has changed? “The greatest movement in American history: Black Lives Matter. Both in number of participants, in its sociology and in its geography ”, responds Charlotte Recoquillon, researcher at the French Institute of Geopolitics.

If the movement is mostly made up of young people, “The organizers are extremely seasoned activists” who made a “Educational work” one of their great strengths, as the academic underlines. “Five years ago, no one had heard of ‘white privilege’. Today, not everyone agrees, but the concept is well known ”, she adds again. To put it another way, BLM is imposing the terms of the debate on racism. Just like Sunrise or 350.org on the climate issue. Just like OWS and the Fight for $ 15 had done on the sinews of social inequalities.

A laboratory for developing new ideas

The two campaigns of the socialist senator from Vermont functioned both as a laboratory for the development of new ideas (Medicare for all, free higher education in public universities, creation of a wealth tax), a huge session popular education and a crossroads where organized and unorganized movements of society have crossed paths on the major issues that plague the United States: social justice, climate change, anti-racism, feminism. But the confluences are also organized outside of electoral times. “Since the events of Ferguson in 2014-2015, our activists have been demonstrating alongside Black Lives Matter and are even part of it, Nicholas Allen points out. A very natural alliance since, often, it is the same people involved. »Intersectionality in practice. In Standing Rock, North Dakota, in 2016, young environmental activists came together with Native Americans in the mobilization against the construction of an oil pipeline.

Downside: Joe Biden is always reluctant to adopt ideas that are becoming dominant, such as the establishment of a universal health system (Medicare for all).

It is therefore in a climate much more favorable to progressive ideas that Joe Biden takes the oath and, in a way, takes note of a new balance of power. For Mark Kesselman, professor of political science at Columbia University (New York), we must add a kind of lesson of things that constituted the beginning of the presidency of Barack Obama: “The latter did everything to try to negotiate with the Republicans, with the result that we know: he wasted time, he failed, then the Democratic Party was defeated in the 2010 midterm elections. Biden must keep his majority slim enough and therefore propose advances to mobilize his troops. “Downside: he is always reluctant to adopt ideas that are becoming dominant, such as the establishment of a universal health system (Medicare for all). “Biden is visibly torn between his political instincts – his affinity for collegiality with the right, his natural conservatism – and the reality that demands radical action” , analysis Jacob Hamburger, journalist and founder of the Tocqueville 21 site. All the more reason, according to Ethan Earle, “So that the left, on this basis, as a good organizer must garner membership and adhesions to go further”.And so take Joe Biden a little further to the left.

In just over a month in the Oval Office, Joe Biden has undone part of Trump’s balance sheet and opened a number of construction sites. On the one hand: end of the construction of the wall on the border with Mexico, revocation of the “muslim ban”, abandonment of the Keystone XL pipeline, return of the United States to the WHO (World Health Organization ) and the Paris Agreements. On the other hand: a stimulus plan of 1,900 billion dollars, a minimum wage of 15 dollars per hour, regularization of the 11 million undocumented migrants, abolition of the federal death penalty, plan against discrimination, bill to strengthen gun control. 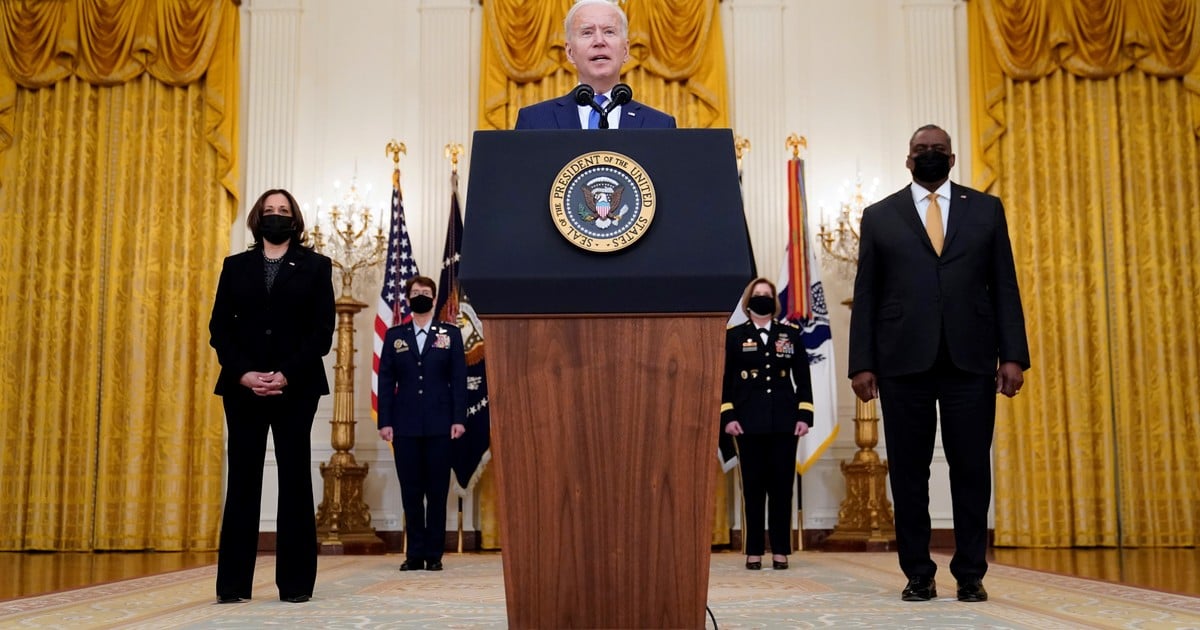 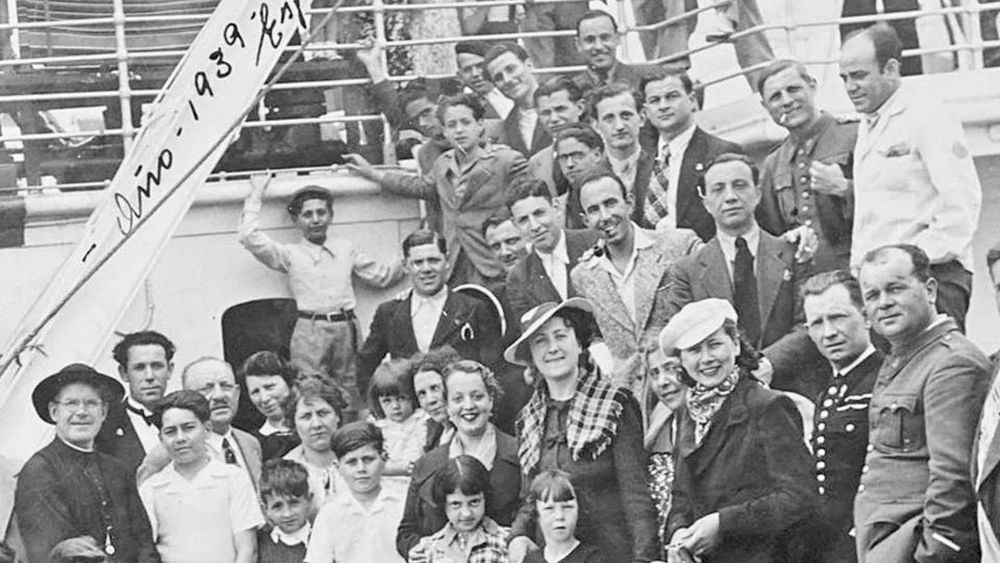 Accidents After landing, the ultralight plane drifted into the bench and went to its beak in Asikkala