United States: At least 8 dead in Atlanta after three shootings at massage parlors 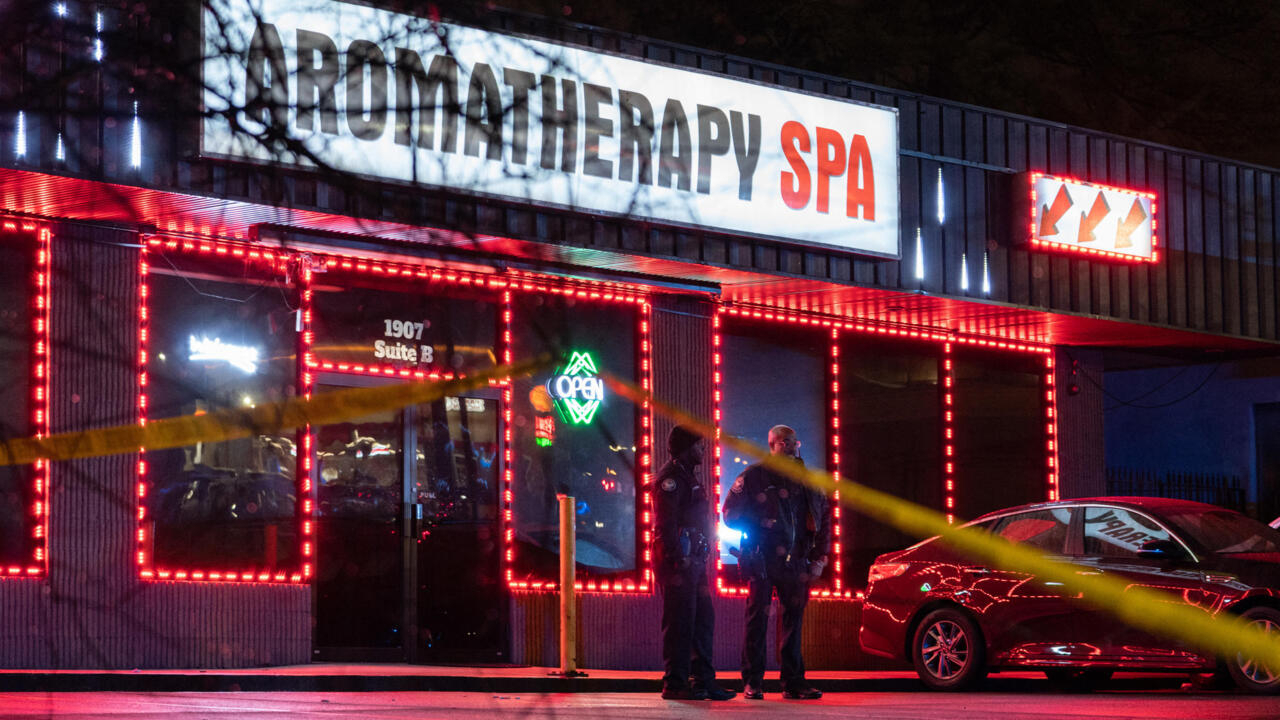 At least eight people died Tuesday night after shootings at three massage parlors in and around the city of Atlanta. Most of the deceased are women of Asian descent, authorities confirmed. Police have already arrested a 21-year-old man, the main suspect in the murders, after a manhunt in the state of Georgia.

New massacre in the United States, this time in Atlanta, capital of the state of Georgia, in the southeast of the country. Three shootings took place in and around the city against two Asian massage parlors.

Six of the deceased were of Asian origin, which raises the authorities a hypothetical racial motive amid a wave of attacks against members of this community after the start of the pandemic.

Police have already arrested a suspect. This is Robert Aaron Long, a 21-year-old from Woodstock, who was arrested about 150 miles south of Atlanta after a chase. The young man was caught on a security camera while he was heading to the Acworth room minutes before the attack.

Atlanta police said in a statement that other video evidence showed the suspect in the area of ​​the city where the other spas were located. This “suggests that our suspect is most likely the same as the one from Cherokee County, who is in custody,” they said.

Three shootings in massage parlors in less than an hour

The events began at around 5 p.m. local time on Tuesday, March 16, when the first shooting took place against the Young Asian Massage salon, located in a shopping center in a rural area in Acworth, about 50 kilometers north of Atlanta. . According to the Cherokee County Sheriff’s Office, five people were shot at this location. 2 died on the spot and another two after being transferred to the hospital.

At 5:47 a.m., the police received a call for an alleged robbery in the Buckhead neighborhood of Atlanta. At the scene, the Gold Spa salon, officers found three women dead from gunshot wounds. Once there, they received another call for a new assault across the street. At the Aromatherapy Spa they found another deceased woman.

Our entire family is praying for the victims of these horrific acts of violence.

We deeply appreciate the quick apprehension of a suspect by @ga_dps in coordination with local and federal law enforcement. https://t.co/9Rtv3g0NUG

“Our entire family is praying for the victims of these horrible acts of violence,” Governor Brian Kemp wrote Tuesday night on his Twitter account. Atlanta police said they would increase the number of patrols in the area following the shootings.

Increase in attacks on Asian Americans

Although it has not been clarified whether these attacks have a racist motivation, the fact that they have occurred against centers related to the Asian community has raised alarms due to the increase in attacks against that community since the pandemic began.

Stop AAPI Hate is proud to announce our latest national report, measuring anti-Asian hate incidents from March 2020-Feb 2021. In the last 12 months, we have tracked 3,795 hate incident reports from APIs in all 50 states and DC. pic.twitter.com/fbKUUdByvj

The New York Times newspaper cites complaints from the NGO Stop AAPI Hate, dedicated to preventing Asian discrimination during the coronavirus pandemic, which stated that the shootings “will only exacerbate the fear and pain that the Asian American community continues to endure.”

According to the NGO, there have been nearly 3,800 reports of hate incidents directed against Asian Americans since last March.

With AP, EFE and local media.

Trouble with Niklas Süle: "Some talker scattered it"

Income Tax: Deputy Fernando Iglesias denounced that he was attacked by an official legislator

Check the result of the draw for the Primitiva today, Saturday, March 20, 2021