UNICEF survey: due to the pandemic, more and more households stop buying food 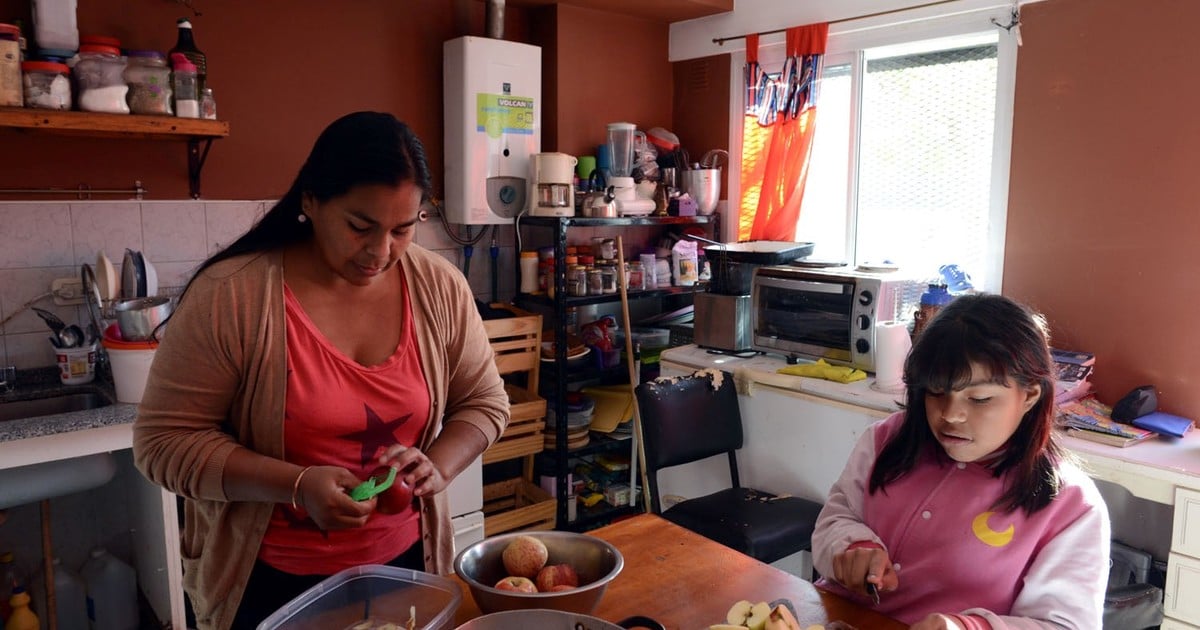 The job instability of heads of household, the lack of resources to buy food, the contribution of social transfer programs to the family economy, care strategies and the difficulties to sustain education are some of the central themes of the Fourth UNICEF Survey on the impact of the second wave of the pandemic has in homes where girls and boys live.

The study – carried out between April 24 and May 12 – focuses on issues related to childhood and adolescence in relation to their food, education, work-life balance for those who care for them and access to social transfers.

“From the beginning of the pandemic, we put together a response plan to the impacts with different plans and programs. But also, one of the important axes is generate data to know how it affects households where there are boys and girls so that the issue is on the public agenda, “he explains to Clarion Sebastián Waisgrais, economist, UNICEF social inclusion specialist.

The survey indicates that 38% of households experienced situations of job instability during 2020, such as unemployment and change from a formal job to an informal one, a percentage that rises to 44% among women.

The 56% of households reported having lower incomes than in the months prior to the pandemic, an indicator that rises to 73% among the poorest households in the country and 60% among those who receive the Universal Child Allowance (AUH): 81% use this money to buy food.

“The job instability of adults has a strong impact on the family economy and, consequently, on the well-being of the child and adolescent population”, Says Luisa Brumana, Representative of UNICEF Argentina.

“The survey data show that, in the current emergency situation, in which more than half of boys and girls live below the poverty line, continue to strengthen social protection systems it is key to avoid that indigence grows “, assures.

Study on the impact of the pandemic on children / UNICEF

According to the UNICEF Survey, 39% of households receive the Alimentar Card and other food support. However, this did not prevent 25% of households from going into debt to buy food.

“41% of households had to stop buying some food because they did not have money. This percentage increases significantly with respect to the previous rounds and increases in households without employed members, as well as in some regions such as NOA and NEA “, Waisgrais warns. Last year, households that had stopped buying some food reached 30 %.

The impact of the pandemic on household income also generated that 25% of households with girls and boys stop paying for at least one service like electricity, gas or internet.

In education, 6% of households stated that a child or adolescent living at home dropped out of school during 2020 (at least 357 thousand boys and girls) and 19% of those who left said they had not returned in 2021 (at least 67 thousand).

What’s more, 47% of households do not have a computer or tablet to carry out schoolwork, with greater inequalities in NOA and NEA.

“The levels of abandonment are relevant. The school by definition is a space of equity, like early childhood centers. Those spaces have to be recovered, “says Waisgrais.

Study on the impact of the pandemic on childhood. Half of the households do not have technological devices / UNICEF

54% of women of more than 18 years of age interviewed expressed that, since the beginning of the pandemic, they have been more overloaded with household and care tasks.

In addition, the difficulties of conciliation are deepened when the adults of the household have to go out to work, which generates increased situations of inappropriate care: 10% of boys and girls are left home alone and 7% are in charge of a brother or sister under 18 years of age. Most of those who take on this task are 14, 15 year old girls.

“The situation of inequality of women became clear with the pandemic. They are the first to fall out of the system and the ones who have the hardest time to return. The pandemic is being sustained by women, and it shows in the level of task overload that remains very high, “says Waisgrais.

Regarding mental health, about half of the households consulted in which girls and boys up to 6 years old live, stated that boys and girls suffered food disturbances in the past six months.

What’s more, 39% indicate that they had sleep disturbances and 27% difficulties in communication. The adolescents stated that they feel distressed (33%), scared (25%) and depressed (18%). All indicators increased compared to previous surveys.

Study on the impact of the pandemic on children / UNICEF

Sustain and strengthen social protection programs that support families to compensate for the drop or loss of their income. “40% of households receive food aid and 56% income transfers. It is very good, but it is not enough because the economic deterioration is very great, “says Waisgrais.

Implement a system of school reengagement of girls, boys and adolescents who did not return to school and strengthen accompaniment to ensure that none are left behind.

In contexts of high transmission and the need for temporary interruption of face-to-face classes, guarantee the accessibility of virtual classes, prioritizing boys and girls in situations of greater vulnerability.

Continue with essential health services such as controls and vaccination of boys and girls. What’s more. strengthen the capacities of health personnel at the first level of care, teachers, care workers and program managers aimed at families so that they can help boys and girls to elaborate and symbolize the emotions generated by the pandemic, identify warning signs and activate service referral mechanisms.