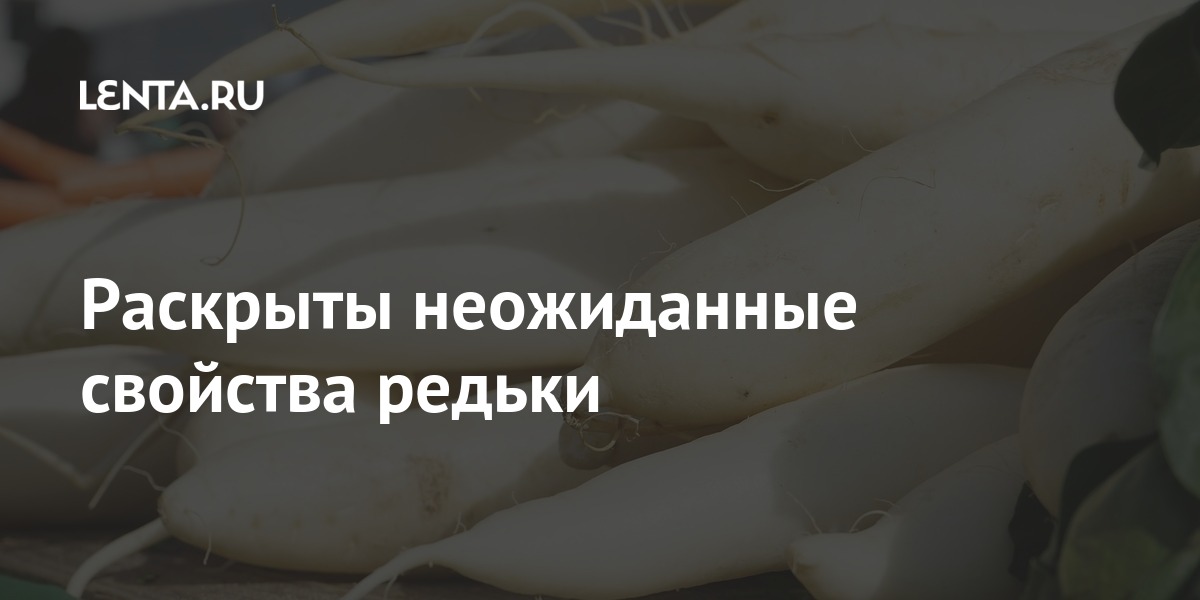 According to him, this root vegetable contains a lot of sulfur, which activates the gastrointestinal tract and gallbladder, and also helps to cleanse the body. “When we eat a radish, it helps to eliminate all unfavorable substances, because sulfur itself is a trap for heavy metals, for harmful substances,” the specialist said.

In addition, radishes are good for colds. Lushchik advised to use old recipes – radish with honey or just root vegetable juice, which contains vitamins of group B and group C. Radish also has a bactericidal effect.

Lushchik added that there is a lot of potassium in the radish, which has a diuretic effect and speeds up the work of the intestines.

Earlier, Zinaida Medvedeva, executive director of the Healthy Nutrition Research Center, compiled a list of cheap products suitable for proper nutrition for Russians. According to her, the diet should include chicken, eggs, dry beans, buckwheat, vegetables, vegetable oil and turmeric.

Ozuna calls on young people to get vaccinated against COVID-19