Undocumented migrants in Italy still unable to get vaccinated 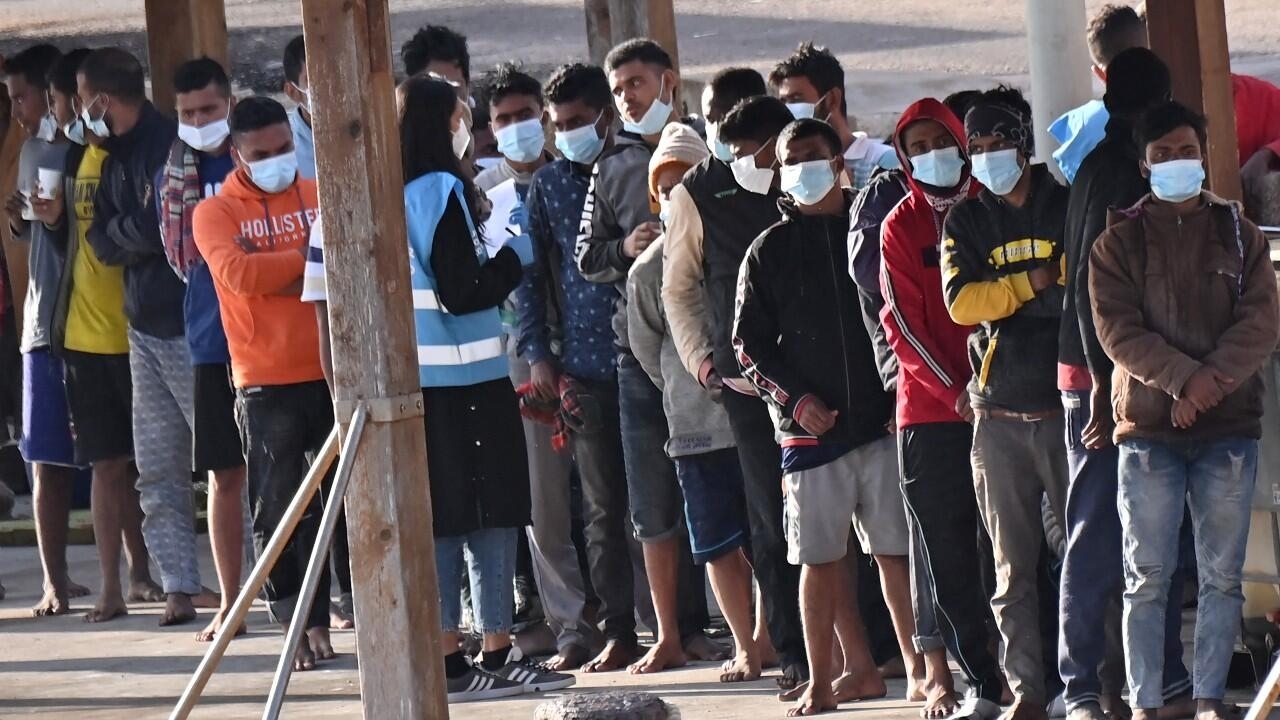 Despite the Italian government promising to offer doses to all foreign citizens living in the country without legal documentation, the lack of a tool that allows them to access them has meant that a large majority remain unable to be vaccinated.

Many feared it. Others assured that it would not happen. But it finally happened. “Many undocumented migrants living in Italy, one of the countries hardest hit by the pandemic, are still excluded from the vaccination campaign currently underway,” laments Foad Aodi, president of the Association of Foreign Doctors in the European country.

Currently, Aodi stresses, only few Italian regions have put in place systems that allow undocumented migrants access to vaccines. “The regions that allow it are few, among them is Emilia-Romagna, Apulia, and the last one has been Veneto, where the League (an ultra-nationalist party and considered xenophobic) governs, he adds.

The region of Liguria is also added, where paradoxically the one who governs is also a conservative, Giovanni Toti.

In fact, the reason behind this exclusion refers more to neglect than discrimination, Aodi emphasizes and other organizations agree.

Lack of facilities to make an appointment, the main cause of the problems

The main problem is that the public health portals of a large part of the Italian regions allow the reservation of the appointment to be vaccinated through a system that is accessed through a tax identification number, a code of letters and numbers.

Therefore, although in theory they have the right to the vaccine, they have no way of accessing it. On May 31, the Italian Society of Medicine for Migration (SIMM), together with 32 associations, described the situation as “silent exclusion”.

“It is about hundreds of people who would have the right to the vaccine but who cannot access due to administrative obstacles,” it was denounced, adding that a solution is needed quickly.

The greatest difficulties are being faced by “people without residence permits,” confirms Catalina Cobo, from the UIL union, underlining that, however, her organization also had to activate a care service for “many regular migrants who cannot manage well. the computer and they need help ”.

Catholic associations, as well as the media of this inclination, have also denounced the phenomenon by stressing that the situation, in addition to being risky for collective health, is against Italian law.

The Italian Constitution affirms that health is a right of everyone, even of those who are in the territory temporarily, as well as the Single Text on the Discipline of Immigration in Italy (1998) affirms that “also foreign citizens who do not they are in order with the admission or the stay ”, they have the right to outpatient hospital care.

The risk situation of migrants is worrying

This situation is also of great concern because “many undocumented migrants live in overcrowded unhealthy houses and work in conditions that are often suboptimal,” says Aodi. “So they need vaccines as soon as possible,” he says.

In December 2020, asked about Colombia’s then decision not to exclude undocumented Venezuelans from vaccination, Walter Ricciardi, then influential advisor to the Italian Ministry of Healthhe answered without hesitation.

“Italy does not look at the country of residence. We will give assistance to all who are in the national territory, “said Ricciardi, assuring that it is” everyone’s interest to protect the vast majority of the population, “he said.

But, six months later, with a change of government involved, the situation has not yet been resolved.

Still, other regions like Lombardy have promised to start vaccinating undocumented immigrants this month, just as cities like Rome and Palermo are also trying to do.

However, the obstacles still exist and in many cases refer back to the dreaded tax code, as recently explained by a representative of the Sant’Egidio association to the newspaper Il Sole 24 Ore.

There are systems “that do not accept foreign tax codes, and there are also those who really do not know how to do” to book the appointment, Sant’Egidio said.

Jorge León, president of a community of Salvadorans in Milan, also points out that this is another difficulty. “An added problem is that many do not know how to book the appointment, and others are afraid to go to the authorities for fear that they will be expelled from the country,” he says.

In the case of Veneto, where 8% of Italy’s migrant population resides, the position of Governor Luca Zaia – whose party has defended that of “Italians first” in the past – has been surprisingly clear and open at the public level. .

“In Veneto, hospitals and health have always been open to everyone. I am not interested in whether or not the patients have the documents, it is a matter of civilization. We have always cured everyone, “said Zaia on June 9, assuring that he will soon begin vaccinating immigrants.

In Emilia Romagna and Apulia, where center-left administrations govern, it has also been decided to seek solutions to allow vaccination.

In Puglia, even some labor organizations have decided to get down to business. This has been the case of the local section of Coldiretti, which this week lent its headquarters for the vaccination of 220 seasonal migrants employed in agriculture.