Under the patronage of the President of the State, Abu Dhabi will host the “Date Palm” conference next Monday 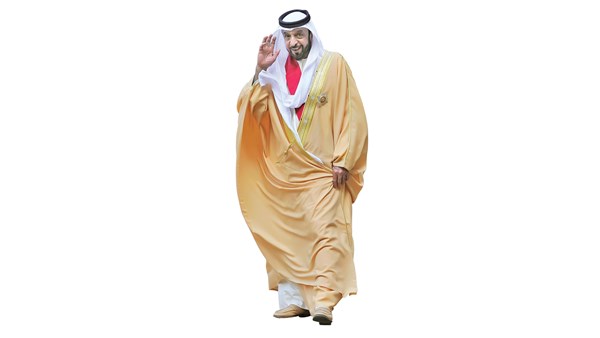 Under the patronage of His Highness Sheikh Khalifa bin Zayed Al Nahyan, President of the State “may God protect him”, the work of the Seventh International Date Palm Conference and the ceremony honoring the winners of the award in its fourteenth session 2022 will be launched next Monday at the Emirates Palace in Abu Dhabi, which runs from 14-16 March 2022, the conference was organized by the Award’s General Secretariat under the supervision of the Ministry of Presidential Affairs and in cooperation with the Ministry of Climate Change and Environment and the United Arab Emirates University, along with 25 regional and international organizations, and in the presence of His Excellency Sheikh Nahyan bin Mubarak Al Nahyan, Minister of Tolerance and Coexistence, Chairman of the Board of Trustees of the Khalifa International Date Palm Award and agricultural innovation.
His Excellency Sheikh Nahyan bin Mubarak Al Nahyan praised the generous sponsorship of His Highness, the President of the UAE, “may God protect him”, for this conference, which expresses the truest expression of His Highness’s encouragement for science and scientists and his appreciation for the role of scientific research in the country’s sustainable development process, as well as his interest in Nakheel. Dates, which represent an important economic, social and heritage value, have a unique position in the country’s development process.
His Excellency pointed out the interest that His Highness attaches to the Khalifa International Award for Date Palm and Agricultural Innovation, which since its establishment in 2007 has been working to enhance the leading role of the United Arab Emirates globally in the development and development of scientific research on date palm, and to encourage workers in the sector of palm cultivation, date production and agricultural innovation from Researchers, farmers, producers, exporters, institutions, associations and competent bodies. He stressed that we hope that this conference will achieve all the goals for which it was held, and that we will live up to the expectations of His Highness, the President of the State “may God protect him”, His Highness Sheikh Mohamed bin Zayed Al Nahyan, Crown Prince of Abu Dhabi and Deputy Supreme Commander of the Armed Forces, and His Highness Sheikh Mansour bin Zayed Al Nahyan, Deputy Prime Minister and Minister of Presidential Affairs, for the benefit of all, and to add a lot to our balance of knowledge and techniques in the field of palm cultivation, date production and agricultural innovation on the path of our comprehensive renaissance, which always aims to advance the country and achieve sustainable development. For his part, Dr. Abdel Wahab Zayed, Secretary General of the Khalifa International Award for Date Palm and Agricultural Innovation, stressed that the Seventh International Date Palm Conference is a model for the benign approach adopted by the award in organizing scientific conferences in particular, as it deals with a topic of interest to everyone not in the United Arab Emirates. The United States alone, but in the Gulf region and in the Arab world, but in the whole world, because of the research and studies that it presents in various aspects of cultivation, industry and trade of palms and dates, and therefore it is characterized by comprehensiveness and depth of view as it involves the presentation of new and advanced experiences and expertise from all over the world. The number of participants in the conference is 475 researchers and scientists from 42 countries, while the number of research papers that will be presented this year will be 140 scientific papers in the form of lectures, in addition to 76 scientific posters (posters).

Sector development and development
Abdel Wahab Zayed said: The International Date Palm Conference, since its launch in 1998 and during seven consecutive sessions, has become one of the most prominent scientific research stations in the field of development and development of the palm cultivation sector, date production and agricultural innovation in the world. The conference has the highest academic attendance and scientific participation of workers in This sector, given the professional sobriety and scientific credibility of the conference over a period of twenty-four years, as the number of participants in the conference since its inception and so far has reached 2229 researchers and scientists belonging to 42 countries, and the holding of an international conference in Abu Dhabi periodically in this high-level manner, but It is a milestone for the UAE on the map of supporting scientific research related to date palms worldwide.