Under the patronage of Hamdan bin Mohammed .. Foundations support the autism awareness campaign in Dubai 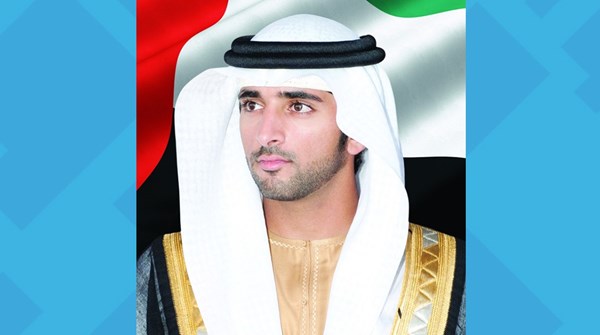 Within the framework of the fifteenth annual Autism Awareness Campaign launched by the Dubai Autism Center under the patronage of His Highness Sheikh Hamdan bin Mohammed bin Rashid Al Maktoum, Crown Prince of Dubai, on April 2 this year, a group of governmental and private institutions participated in the campaign, by presenting their awareness materials on More than 5,300 display screens in different areas of Dubai, including RTA metro and bus stations, petrol stations, malls, on main roads and in vital fields, and to harness their digital panels, whether internal or external, in educating community members of the importance of accepting and empowering injured individuals Autism and their integration into society.

Regarding participation in the campaign, Saif Humaid Al Falasi, CEO of ENOC Group, said: “We extend our sincere thanks and appreciation to His Highness Sheikh Hamdan bin Mohammed bin Rashid Al Maktoum, Crown Prince of Dubai and Chairman of the Executive Council, for his generous patronage of the Dubai Autism Center in launching this awareness campaign. We are honored at ENOC to support this distinguished initiative by delivering awareness messages through the digital signage distributed throughout our network of stations, thus contributing to enabling the public to better understand autism, and we affirm our commitment to seeing our wise leadership in providing equal opportunities for all members of society, and with the support Initiatives to build a happier and more inclusive society. ” Rawda Al Mehrizi, Director of Marketing and Corporate Communication at the Corporate Administrative Support Services Sector at the Roads and Transport Authority, said: “The Authority is keen to support humanitarian initiatives and strengthen the bonds of compassion among all members of society, in cooperation with its strategic partners, and confirms the concerted efforts within the fifteenth annual campaign to raise awareness of autism. Under the slogan (Accept me as I am), government and private agencies will follow the path of the UAE, which is at the forefront of the humanitarian scene regionally and internationally. Al Mehrezi indicated that the Roads and Transport Authority is proud of its role in the success of the initiative, by spreading awareness messages for the campaign on the smart screens distributed in its various facilities and means of transportation, as well as the internal screens of the Authority’s building, in addition to lighting the Tolerance Bridge, the Dubai Water Canal waterfall and the two pedestrian bridges on Al Wasl Road. The Safa Park is in blue, in solidarity with the awareness campaign. Commenting on the campaign goals, Manoj Matthew, Regional President of ZE Enterprises in the Middle East, North Africa, Pakistan and Turkey, said: “ZE Entertainment has partnered with the Dubai Autism Center for more than 10 years to support efforts to raise awareness about autism and help. In highlighting the importance of empowerment and building a cohesive society, we must celebrate the achievements of those people who suffer from autism and overcome its various challenges every day. It is our duty as a society to all stand with this segment. Our goal in harnessing the influence of television on society is to spread more awareness about autism. In cooperation with the Dubai Autism Center, we hope that we can all raise awareness and enhance the participation of people with autism in the community. ” In support of the campaign, Hypermedia, the leading digital advertising company in the region, is contributing to display the awareness campaign ads on its digital screens installed in Mall of the Emirates, Wafi Mall, Burjuman, Reef Mall, City Center Deira, City Center Mirdif, City Center Al Shindagha and City. Sharjah Center, City Center Ajman, City Center Fujairah, and in each of Khalidiya Mall, Mushrif Mall, and Gate Sharq Mall in Abu Dhabi, as well as Al Hamra Mall in Ras Al Khaimah.
Habib Wahbi, CEO and Chairman of Hypermedia Digital Advertising Company, said: “We are happy to cooperate with the Dubai Autism Center in spreading awareness among community members as part of our commitment to shared social responsibility, and we hope that our efforts will contribute to improving the services provided to children with autism.” Mohammed Al-Emadi, Director General of the Dubai Autism Center, a member of its Board of Directors, said: “We value the efforts of our partners in excellence and we commend the solidarity of society and its interaction with the campaign by using innovative means to increase community awareness of the needs of people with autism and their families in line with the national policy to empower people of determination.” Al-Emadi praised the decision of the Council of Ministers in its last meeting related to the adoption of the national policy for people with autism, stressing that this decision is nothing but an embodiment of the great interest attached by His Highness Sheikh Mohammed bin Rashid Al Maktoum, Vice President and Prime Minister of the State and Ruler of Dubai, may God protect him, for the category People with autism disorder, and the culmination of the concerted efforts in support of the fifteenth annual awareness campaign, which was launched earlier this month under the patronage of His Highness Sheikh Hamdan bin Mohammed bin Rashid Al Maktoum, Crown Prince of Dubai.

Autism
Autism is one of the most common developmental disorders and appears specifically during the first three years of life, and it accompanies the sufferer throughout his life stages, and autism affects the individual’s communicative and social abilities, which leads to his isolation from those around him, as the rapid growth of this disorder is remarkable, as all the studies The percentage of those infected with it is estimated, according to the statistics of the Center for Disease Control in the United States of America, that there is one infection for every 54 cases, and it is noticed that the prevalence is close in most countries of the world.

Independents and opposition will dominate the new constituent in Chile