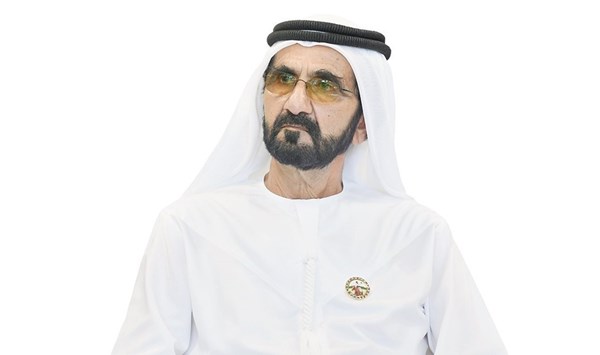 Under the directives of His Highness Sheikh Mohammed bin Rashid Al Maktoum, Vice President, Prime Minister and Ruler of Dubai, “May God protect him”, the eighteenth edition of the Dubai International Arabian Horse Championship, which is held under the patronage of His Highness Sheikh Hamdan bin Rashid, kicked off at the Dubai World Trade Center this morning. Al Maktoum, Deputy Ruler of Dubai and Minister of Finance, for a period of three days.
The inaugural round of the championship – in which an elite group of horses compete – was witnessed by His Highness Sheikh Mansour bin Mohammed bin Rashid Al Maktoum, Chairman of the Dubai Sports Council, and a number of participating horse owners from the UAE and five Arab and foreign countries.
His Highness inaugurated the Dubai International Horse Fair accompanying the championship, and viewed the most important exhibits related to horse equipment and supplies, such as food, medical, and “accessories” and others. On the sidelines of the tournament, an auction of 57 purebred Arabian horses produced by the leading studs for horses in the country will be held on the sidelines of the tournament.
The President of the Dubai Sports Council expressed his admiration for the wide participation of the finest horses from the United Arab Emirates, the Kingdom of Saudi Arabia, the State of Kuwait, the United States, Brazil and Poland. His Highness considered this local and international participation in this annual global sporting event a success for the UAE because it is being held under new conditions imposed by the Coronavirus pandemic. Region and the world.
His Highness congratulated the organizers of this event and everyone working to make it a success, as it reflects the strong will of the concerned authorities in the country to move forward in hosting and organizing such events on the land of our dear country, wishing everyone safety and success.

Podcast | Leadcast: How to succeed in a business acquisition, Pekka Vauramo?

Transport card for European Football Championship will be issued in St. Petersburg

The ‘Legends’ of Simeone