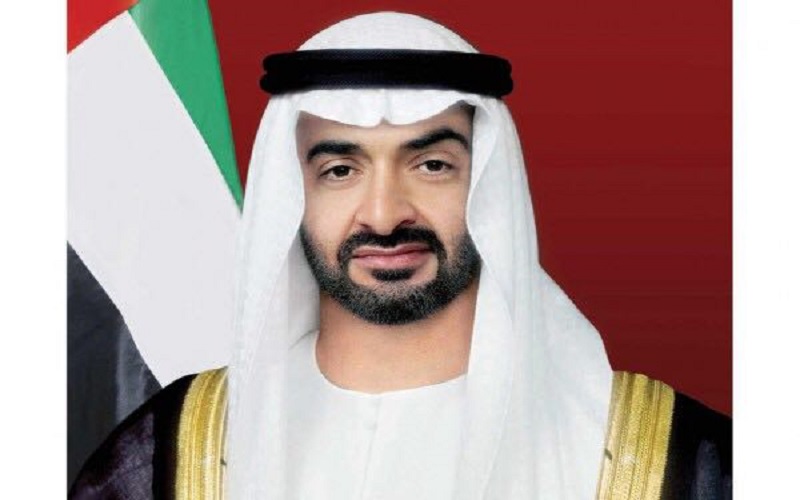 Under the patronage of His Highness Sheikh Mohamed bin Zayed Al Nahyan, Crown Prince of Abu Dhabi and Deputy Supreme Commander of the Armed Forces, the activities of the fifteenth session of the Al Dhafra Festival will start from October 28, 2021 to January 22, 2022.

The activities of the fifteenth session of the festival coincide with the celebration of the fiftieth year, which witnesses wide interest and great participation by camel owners in the UAE and the countries of the Cooperation Council for the Arab States of the Gulf.

His Highness’s directives reflect the great interest that the wise leadership attaches to projects to preserve and preserve the Emirati and Gulf cultural heritage and pass it on to successive generations, and to promote, develop and develop heritage festivals. Supporting those interested in hunting competitions with falcons, purebred Arabian horses, Arabian Saluki and archery, and falconry competitions, Salukis and sheep of bliss. The increase in the value of the prizes also aims to activate the field of camel breeding and camel racing, which would create new job opportunities.

The Al Dhafra Festival aims to unify the standards, terms and conditions, intensify efforts to achieve success in the auctions, increase the number of camel owners participating in the auctions, preserve the purebred camel breeds, increase the demand for buying and selling, contribute to the development of domestic and Gulf tourism, stimulate economic activity, shed light on the region and strengthen Abu Dhabi’s center to be the destination. The first for camel auctions locally, regionally and internationally.

His Excellency Major General Staff Pilot Faris Khalaf Al Mazrouei, Commander-in-Chief of Abu Dhabi Police and Chairman of the Cultural and Heritage Festivals and Programs Committee, praised His Highness Sheikh Mohammed bin Zayed Al Nahyan’s directives to raise the value of the festival prizes with the aim of developing and expanding camel auctions to include multiple regions in the Emirate of Abu Dhabi, which encourages participation in the festival. The largest number of camel owners in the annual festival.

His Excellency the Major General stressed that the unlimited support of His Highness Sheikh Mohamed bin Zayed Al Nahyan for heritage preservation projects made the Emirate of Abu Dhabi a unique model in the field of organizing festivals and cultural and heritage programs, and enhancing the presence of the region’s ancient history in the minds of its people, pointing out that Abu Dhabi today has become the most important destination for owners. Authentic camels from localities and Majaheem and one of the annual stations in the field of camel auctions.

His Excellency pointed out that the Abu Dhabi Cultural and Heritage Festivals and Programs Management Committee, with the support of the wise leadership, is moving forward on the approach of the founder, Sheikh Zayed bin Sultan Al Nahyan, “may God rest his soul”, in order to achieve its comprehensive vision of promoting culture, consolidating the Emirati heritage and consolidating its values, and emphasizing the role of Abu Dhabi To enhance cultural interaction and communication to contribute to conveying the civilized and humanitarian message of the UAE to the various peoples of the world.

For his part, Issa Saif Al Mazrouei, Vice Chairman of the Committee for the Management of Festivals and Cultural and Heritage Programs in Abu Dhabi, said that the Al Dhafra Festival in its fifteenth session will witness four festivals (Sweihan, Razeen, Madinat Zayed, and Mazayat Al Dhafra Festival) within the camel festival season in the Emirate of Abu Dhabi 2021/2022, where The value of its prizes will be 110 million dirhams, distributed over 313 runs, for which 2,937 prizes have been allocated.

Al Mazrouei added that the new edition of the festival will include the launch of the “Biraq Al Emarat” award for the categories of “Localis and Majahim” at a value of 6 million dirhams, as it follows a new mechanism based on points and is the first of its kind in camel auctions competitions, and adding new runs to the camel auctions, especially in the categories of Asayel and Al-Wahh crosses, in addition to to the Mahlab competition. He pointed out that the four bids are expected to witness the participation of more than 13,000 rides.

Al Mazrouei pointed out that the heritage competitions will be held during the period from January 13 to 22, 2022 at the Al Dhafra Festival site in Zayed City, and will include the establishment of 27 rounds, divided into the following categories: the purebred Arabian horse race, falconry hunting, the Arabian Saluki race, the falcon race, and the Arabian Saluki race. Shooting, Mazayina sheep of bliss.

The Vice Chairman of the Cultural and Heritage Festivals and Programs Committee stressed the Organizing Committee’s keenness to apply all preventive measures and precautionary measures to the participants and the supervisory committees in coordination with the competent and concerned authorities in the Emirate of Abu Dhabi, and that entry to the festival will be limited to those who have received the “Covid-19” vaccination, with a negative result of the examination. The laboratory, through the application of Al-Hosn and the commitment to wearing a mask and physical distancing between people and various committees, in addition to conducting temperature checks and sterilizing all festival sites on a daily basis, in order to ensure the safety of all.