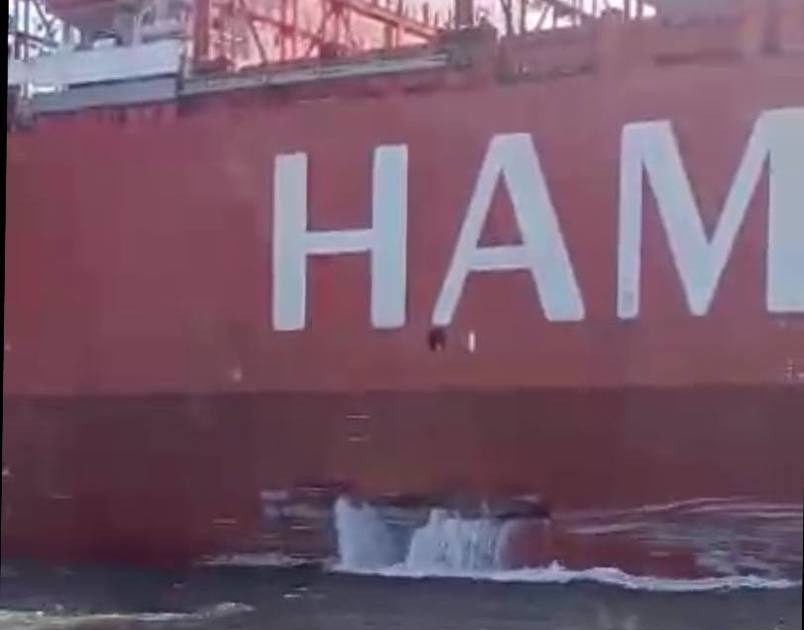 A cargo ship belonging to the Hamburg Süd company hit and destroyed a section of a passenger terminal on the ferry that crosses between the cities of Santos and Guarujá, on the coast of São Paulo. The accident happened this Sunday afternoon (20.Jun.2021).

According to information from the Port Authority of São Paulo, the accident left only the part of the berth where the bicycles boarded inoperative, in addition to causing damage to the Cap San Antonio ship.

After the accident, the ship was sent to the anchorage area of ​​the port, according to the captaincy, and left the port for Paranaguá, in the State of Paraná, a short time later.

According to the Waterway Department, the terminal was closed for approximately 1:20 am and the service has already resumed. Nobody got hurt. The Port Authority, with the support of the Navy, will investigate the causes of the accident.

In a statement, the company Hamburg Süd confirmed that the ship Cap San Antonio was involved in the incident when leaving the port complex en route to the port of Paranaguá. “So far there is no record of victims involved in the incident, on or off the ship, or that the region has been polluted in any way. The company is evaluating the situation and collaborating with the authorities”, says a company statement.

With information from Agência Brasil