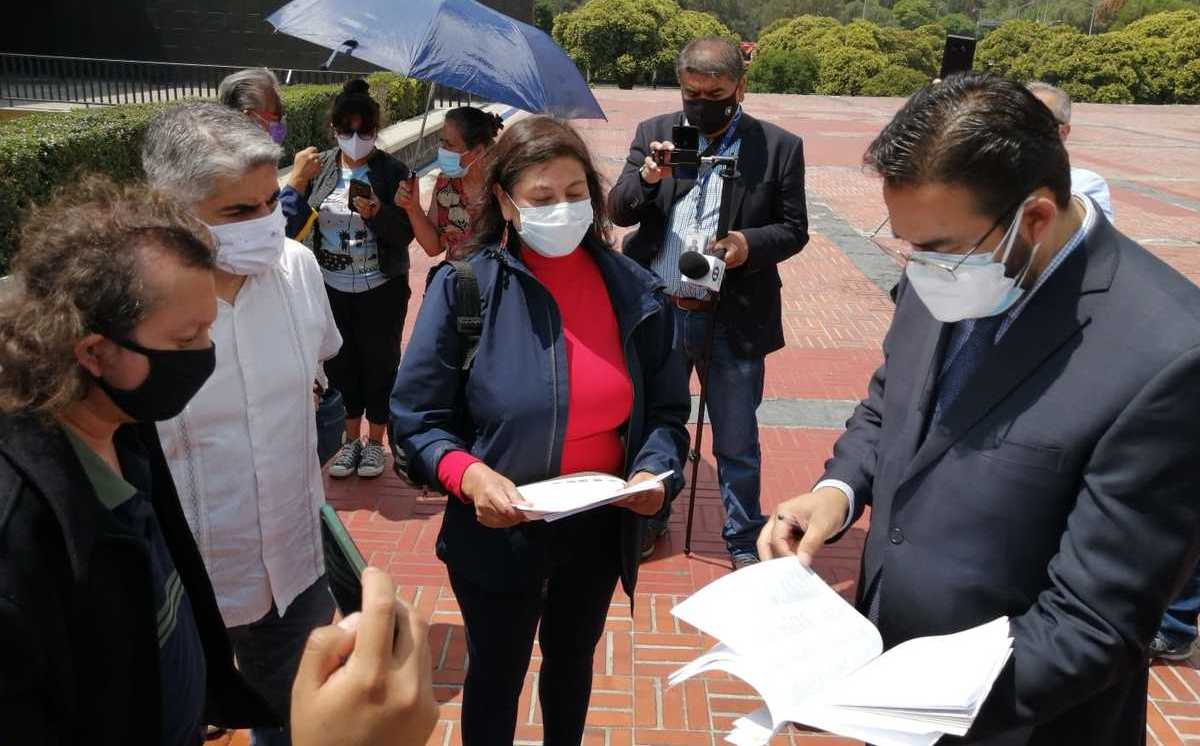 Teachers who were fired from the National Autonomous University of Mexico after participating in the movement #UNAMnopaga they were presented this Friday in University City to deliver a request sheet to the rector Enrique Graue.

In the document, of which MILLENNIUM has a copy, the Independent Group of Teachers of the FES Acatlán reiterated that 10 teachers of the subject and of the Open University and Distance Education System of said faculty were fired without justification, after participating in the strike that occurred between March and May, derived from protests to demand late payments.

“A group of ten teachers have been fired. These dismissals constitute an open violation of human rights, labor laws and UNAM regulations, ”they said.

They pointed to director of the FES AcatlánManuel Martínez Justo, of undertaking a campaign of repression against the teaching staff, in addition to which they assure, has refused to dialogue.

“The director of the FES Acatlán, Dr. Manuel Martínez Justo, and his team of officials have not only refused to establish dialogue to resolve the payment problems that gave rise to the movement #UNAMnopagaBut they have also launched a campaign of repression that has resulted in the dismissal or reduction of the teaching load ”, they assured.

For this reason they demanded from the rector ANDnrique Graue immediate reinstatement of teachers fireds, the cessation of workplace harassment, comply with back payments to teachers, the regularization of the teaching staff of the subject and decent working conditions.

The affected teachers told MILLENNIUM that the university authorities will give them an answer in August, at the end of the vacation period, they also announced that they are also looking for a meeting with the rector Graue.

The movement #UNAMnopaga it generated a two-month strike to which half of the university joined in support of the professors who demanded the regularization of their payments. At the time, the UNAM He acknowledged that there were delays in payments, but in a statement he assured that when the strike began, he had already paid more than 98 percent of his academics in a timely manner.

In an interview, the teachers Aida Villalobos Sosa, of the Bachelor of Economics, and Yurixhi Quetzalli Rojas, from the Bachelor’s Degree in International Relations, told MILENIO Television that weeks after the end of the strike, the dismissals began without any justification.