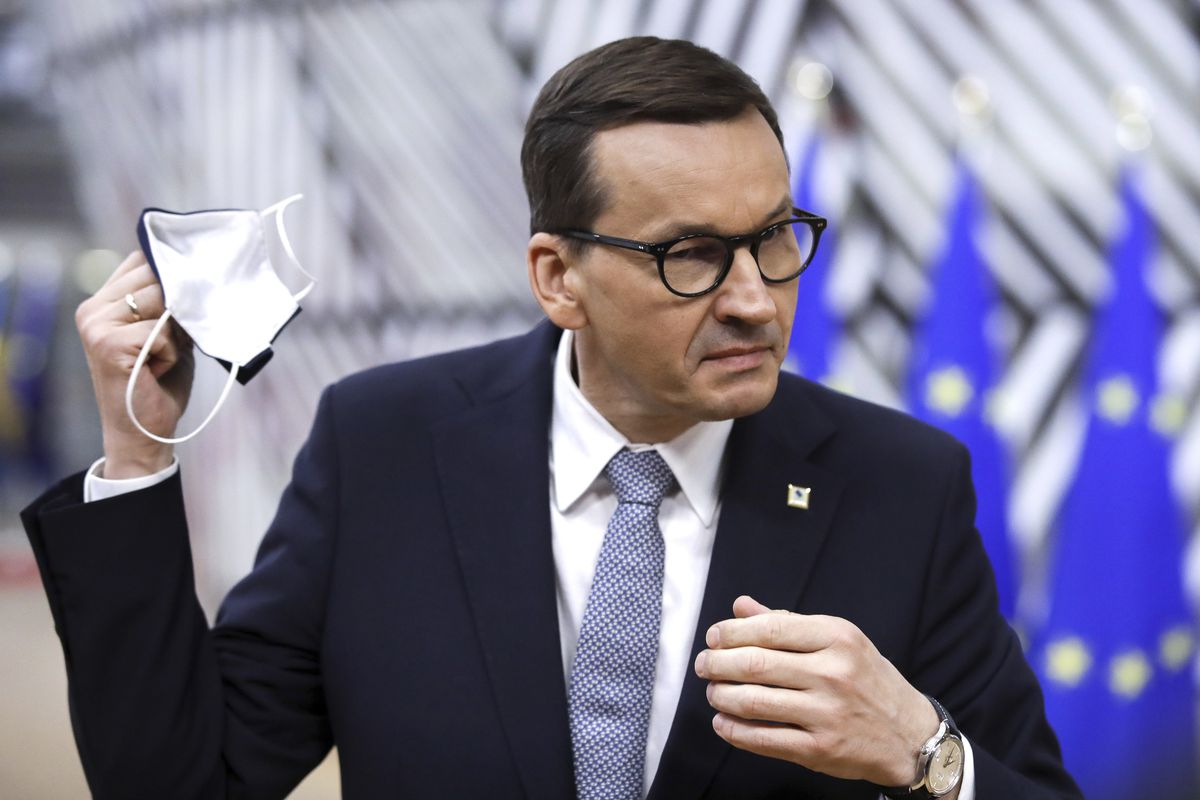 The Constitutional Court of Poland has issued this Wednesday an order in which it considers incompatible with the constitutional order of the country the precautionary measures adopted by the European Court of Justice to stop one of the judicial reforms undertaken by the Government of Mateusz Morawiecki. The European court ordered the preventive stay in April 2020 pending the resolution of the European Commission’s complaint against a reform of the disciplinary system for judges that, according to Brussels, undermined the independence of the judicial system. The order of the Polish judges considers the precautionary measures inapplicable, a decision that represents an inadmissible contempt and a very dangerous breach of the legal security on which the European Union and the coexistence between its twenty-seven member states is based. Yesterday, the European Commission adequately expressed its “deep concern” at the rebellion of the Polish Constitutional Court, and warned that it will use all the instruments at its disposal to achieve compliance with all the judgments and decisions of the European court.

Brussels must be decisive and nip at the root the attempt to subvert a Community legal order that has created the largest single market in the world and has contributed to a prosperity unprecedented in the history of the Old Continent. The Commission’s response must be forceful, especially in the case of a country that since the coming to power of PiS (the party dominated by Jaroslaw Kaczynski) has shown little willingness to cooperate with Brussels and has embarked on an erosion of the rule of law that calls into question their wishes to belong to the EU.

It is time to increase the pressure, as the Warsaw rebellion continues despite continued disciplinary measures taken by the EU. Poland is subject to a file based on Article 7 of the Treaty on the Union, which allows the suspension of the voting rights in the Council of countries that violate the fundamental values ​​of the EU, but this is not progressing adequately. Furthermore, the Commission has denounced up to three times the attacks by the Polish government on judicial independence before the European court, which until now has always endorsed the theses of the community body. Warsaw also threatens with a twist in its departure from the EU that could be definitive. The prime minister has asked the Constitutional Court to decide whether Polish law has primacy over European law, a thesis that, if confirmed by the judges, could lead to a definitive break with Brussels. The Commission must be inflexible. A member of the Union, who is also a recipient of huge funds, must ensure that all decisions of European justice are respected and abided by.