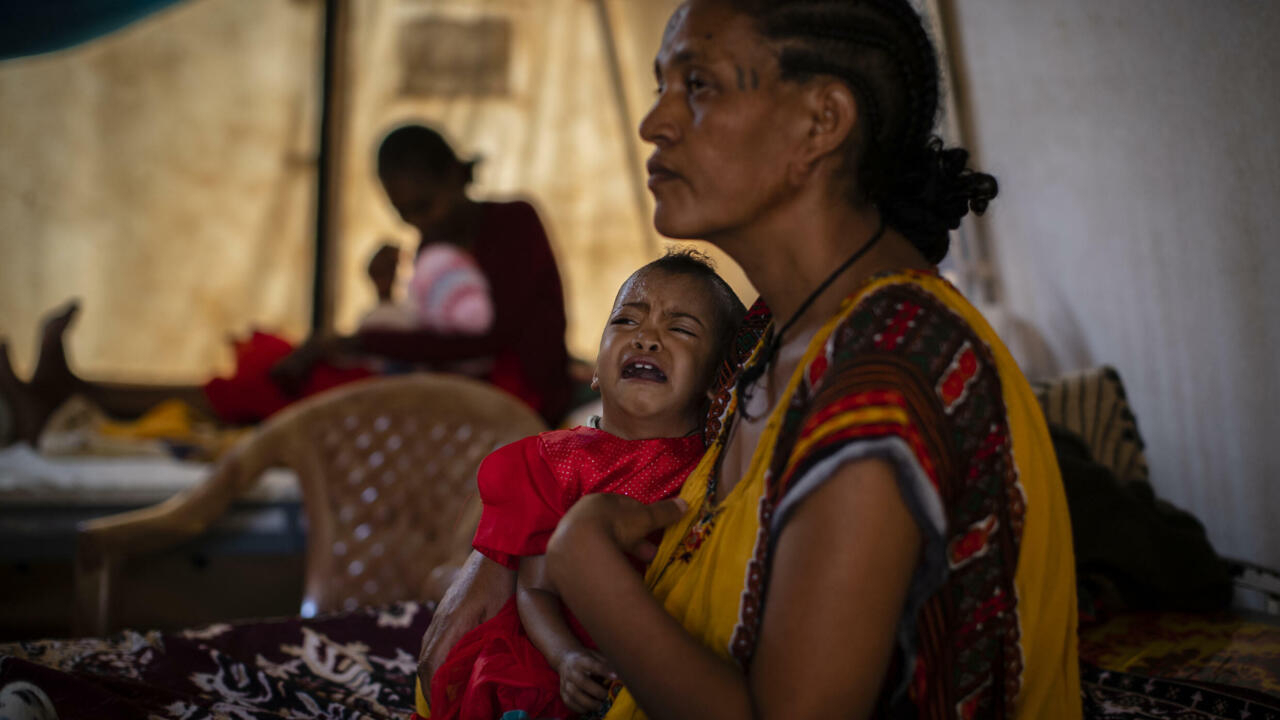 After almost eight months of conflict, the Tigray region (north of the country) is experiencing an unprecedented humanitarian crisis, according to international organizations. More than 400,000 Tigrayan residents suffer from famine and thousands more are at risk of it. Despite the recent ceasefire between the federal government and the leading group in the region, the United Nations warns of the dramatic deterioration of the situation, especially affecting the civilian population.

Desperate cry of alarm: a massive famine is taking place in Tigray. In Ethiopia’s controversial northern region, more than 400,000 people are starving and nearly two million on the brink. The humanitarian situation in the area is suffering a “dramatic” deterioration and access to aid is being severely restricted, according to the United Nations on Friday, July 2.

Almost eight months of skirmishes, which began in November 2020, between the Ethiopian Army – backed militarily by neighboring Eritrea – against the leading group in the region, the Popular Front for Liberation Tigray (PFLT), leaves an unprecedented humanitarian catastrophe in the region. area, one of the most prosperous in the African country.

“One of the most worrying trends is an alarming increase in food insecurity and hunger due to conflict. It is estimated that more than 400,000 people have crossed the threshold of famine and another 1.8 million people are on the brink of famine. famine, “warned the acting UN secretary for humanitarian affairs, Ramesh Rajasingham, lamenting that 33,000 minors are seriously undernourished and that the situation could be even worse.

Last Friday, during the first public meeting of the United Nations Security Council to address the crisis in Ethiopia, diplomats focused on the precarious food situation of the residents of Tigray, after months of conflict and blockades by the Government federal country.

A situation that, despite the recent unilateral ceasefire agreed by Prime Minister Abiy Ahmed’s Executive, could worsen if there are new clashes. “This week, the Government unilaterally announced a ceasefire stating that it was doing so for humanitarian purposes. The Government must now demonstrate that it really intends to use the ceasefire to address the humanitarian catastrophe in Tigray,” said Linda Thomas. Greenfield, United States Ambassador to the UN.

The American said that the consequences for the people of Ethiopia “will be devastating” if an agreement is not reached, with “more fighting, more famine, more abuse, more suffering.”

The lives of thousands of Ethiopians are in the hands of humanitarian aid from international organizations that are encountering, on their way to the region, blockades by government forces that prevent them from bringing food to Tigray. Last week, a convoy loaded with tons of food aid from the United Nations World Food Program (WFP) was blocked for four days by regional ethnic Amhara forces, sympathetic to the central government, preventing its passage and perpetuating the emergency.

While Ahmed, Nobel Peace Prize winner in 2019, denies that the Tigrayans are starving, the international community contradicts the president’s version and calls for safe humanitarian access to the area. “We need to get to them now. Not next week. Now,” Rajasingham insisted.

This is the worst famine situation seen in decades, with more than 5.2 million people in need of food aid, the United Nations reported. A crisis unleashed due to the conflict, which has prevented farmers and ranchers from harvesting, causing shortages in the markets. Before the escalation of the war, Tigray was one of the richest regions in the nation.

“What we need above all is that all armed and security actors provide guarantees for safe access by road to humanitarian workers and goods to and from Tigray, as well as to the most remote parts of the region,” the UN diplomat.

In recent weeks, during the intensification of the fighting, humanitarian aid workers have been the focus of attack. Less than three weeks ago, soldiers attacked a convoy in which a Doctors Without Borders brigade was traveling, killing three members of the organization, including a Spanish aid worker.

Spanish aid worker María Hernández and two other Ethiopian colleagues, all employees of Doctors Without Borders (MSF), were killed on Thursday in an attack in Tigray, a region in northern Ethiopia mired in war since last November.https://t.co/0bg7ZZMe0H


UN: “What we are seeing in Tigray is a protection crisis”

“What we are seeing in Tigray is a protection crisis,” Rajasingham emphasized, citing killings of civilians during the conflict, and more than 1,200 reported cases of serious sexual and gender-based violence, “and more continue to emerge.”

Many have criticized the Addis Ababa government for using the famine of the Tigray population as a weapon of war. On Friday, Ethiopian Deputy Prime Minister Demeke Mekonnen Hassen denied the allegations, saying they “have no reason to do so.”

However, in recent days and after the retake of control of Mekele, the regional capital, by the FPLT, allies of the national army have destroyed a crucial bridge for the food supply, further alarming international humanitarian organizations.

“The suggestion that we are trying to suffocate the Tigrayan people by denying access to humanitarian aid and using hunger as a weapon of war is beyond repair. There is absolutely no reason for us to do so,” said Hassen, who says his Administration has the right to do so. willingness to allow aid to enter the region and provide them with support.

The famine, the international community denounces, is “totally man-made” and they still do not see an end to the conflict, predicting new escalations and a worsening of the humanitarian emergency that leaves thousands of dead, almost 2 million internally displaced and almost 80,000 refugees in neighboring Sudan.

The latest ceasefire, according to International Crisis Group analyst William Davison, “appears to be a deliberate strategy to block and constrain Tigray, as what the federal government perceives as rogue leadership is taking over in Mekele. It is clear. That is not conducive to a humanitarian aid operation. Clearly, that is not a legitimate part of a humanitarian ceasefire. “

For her part, the UN chief of political affairs and peacebuilding, Rosemary DiCarlo, said that “there is potential for more confrontations and a rapid deterioration of the security situation, which is extremely worrying.” A future in which, once again, the civilian population of Tigray will be the hardest hit by the consequences.

With AFP, AP and Reuters