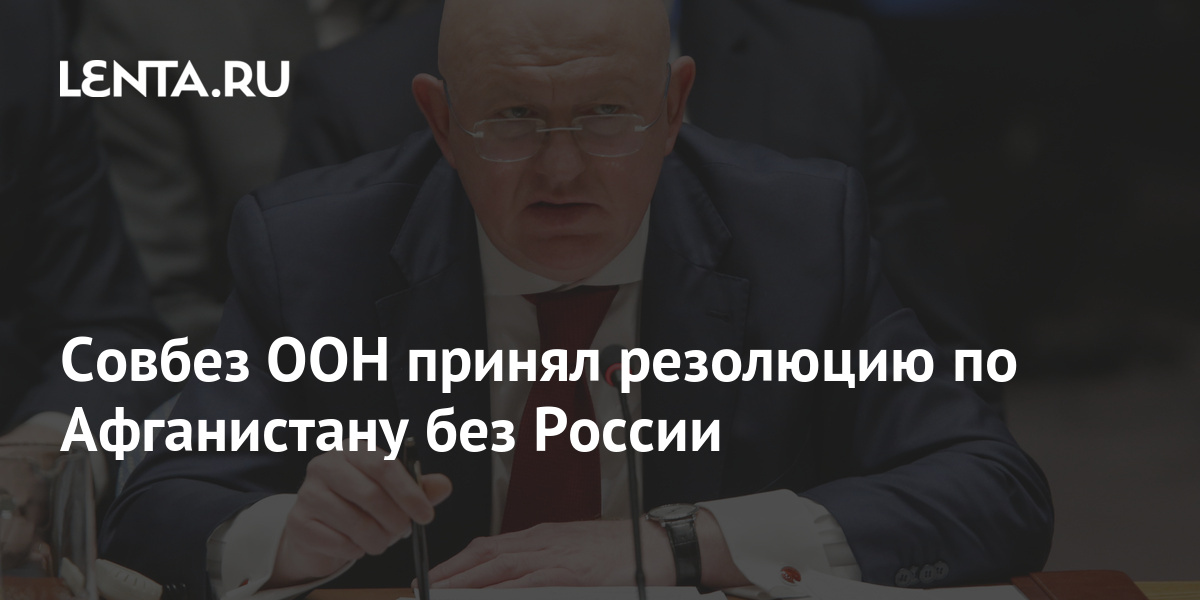 Russia’s Permanent Representative to the UN Vasily Nebenzya explained why Moscow abstained from voting in the UN Security Council on the resolution on Afghanistan. It is reported by RIA News…

According to him, the authors of the document ignored Russia’s “fundamental concerns”. The diplomat noted that, despite the fact that the resolution was adopted against the background of a monstrous terrorist attack, its drafters categorically refused to mention the “Islamic State” in the passage about the fight against terrorism. (IG, banned in Russia)… Nebenzya stressed that Moscow sees this as “unwillingness to recognize the obvious and the desire to divide terrorists into friends and foes.”

On August 30, the UN Security Council adopted a resolution by the United Kingdom, France and the United States, which calls on the Taliban (prohibited in Russia) ensure free and safe exit for Afghans and foreigners from Afghanistan. 13 countries voted for the resolution, Russia and China abstained.

On August 26, at least six explosions took place in the Afghan capital. As a result of the attacks, at least 200 people died, including 13 US citizens. The first terrorist attack near the entrance to the Kabul airport was carried out by a suicide bomber. The Vilayat Khorasan cell, the Central Asian branch of the Islamic State group, claimed responsibility for the attacks.