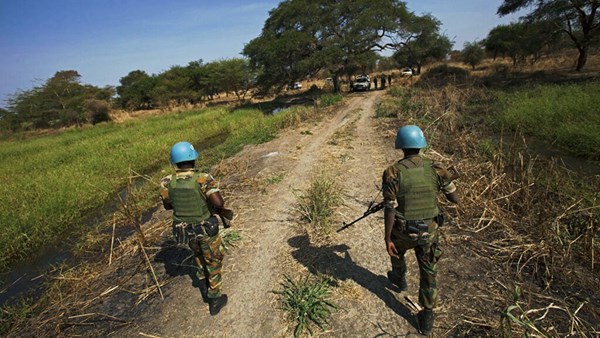 Sudan announced its agreement with the United Nations to withdraw the Ethiopian peacekeeping forces from Abyei within 3 months.
The Sudanese News Agency stated that this was at the request of Sudan during a meeting held by the Sudanese Minister of Foreign Affairs, Maryam Al-Sadiq Al-Mahdi with the Special Envoy of the Secretary-General of the United Nations for the Horn of Africa, Parfit Anyanga, with the participation of the Under-Secretary-General for Peacekeeping Jean-Pierre Lacroix, and the Under-Secretary-General for Operational Support Atul. Kari, where they discussed developments in the Abyei area and the United Nations Interim Security Force (UNICEF) in Abyei.
The UN envoy to the Horn of Africa praised the role played by the Sudanese government in South Sudan, referring to the recent visit of Sudanese Prime Minister Abdullah Hamdok to Juba.
The minister pledged to facilitate a smooth exit of the Ethiopian forces from Abyei, and to receive other forces from the contributing countries. The minister also went beyond removing all obstacles facing the joint border verification and control mechanism to carry out its tasks and required role.
In another context, the trial session for the plotters of the coup led by former Sudanese President Omar al-Bashir and which led to the overthrow of the government of Sadiq al-Mahdi in 1989 was raised to next week.

According to the Sudanese News Agency, the session was postponed to next week due to the absence of a number of the accused and the defense lawyer, and for other procedural reasons to consider the possibility of the defendants attending and submitting audio and video documents after verifying the health status of the accused.
The agency indicated that the session, which was held in the building of the Institute of Judicial and Legal Sciences, in Khartoum, was dedicated to continuing to hear the investigator, who last spoke about the presentation of image and audio documents.
The session was held under the chairmanship of Supreme Court Judge Hussein Al-Jack Al-Sheikh, who was appointed to succeed Judge Ahmed Ali Ahmed, who stepped down on July 27.
The indictment asked the judge that all the accused should be present at the next session, given that the documents are related to their presence.
The first judge to try Al-Bashir and his aides, Essam El-Din Mohamed Ibrahim, had stepped down from the presidency of the court on December 22, 2020, and was succeeded by Supreme Court Judge Ahmed Ali Ahmed, who in turn announced his resignation from the case last July 27.
The trial of Al-Bashir and some of his former officials and leaders of the Popular Congress Party began in July 2020, on charges of orchestrating the 1989 coup.
It is noteworthy that the Sudanese authorities agreed to hand over Al-Bashir to the International Criminal Court, along with other officials wanted by it.