Ulises Bueno, about Beatriz Olave: ‘My mother is in a wheelchair’ 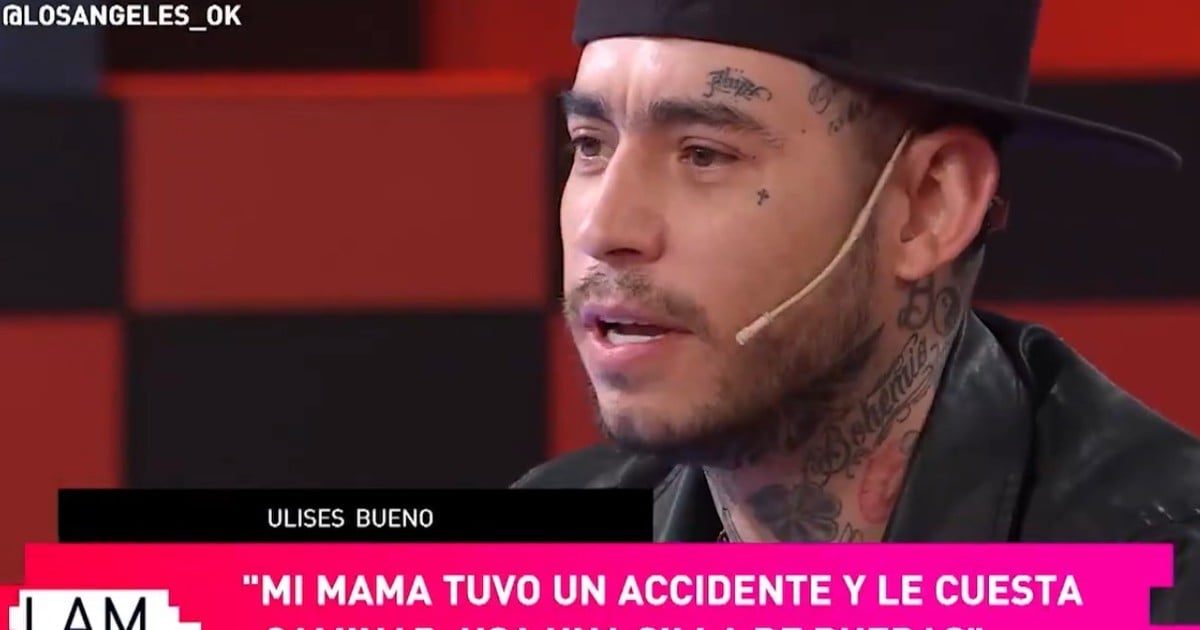 Ulises Bueno spoke about the health of his mother Beatriz Olave. “He had a fall, broke his hip and an arm, and was left in a wheelchair”said the brother of El Potro Rodrigo in dialogue with Ángel De Brito.

When the driver of Morning angels (El Trece, at 09.30) asked how Betty Olave was, the quarterer replied: “My mother is fine. Unfortunately, she is going through a difficult situation because she is in a small apartment alone ”.

“My brother (Flavio) visits her. And I, when I go to Córdoba, too, ”he continued. But, you saw how the pandemic has been with the elderly … It was pretty fucking … “.

Then, De Brito recalled that Beatriz Olave had had many mental problems after the death of her son Rodrigo. Ulises agreed with him and added: “He also had a fall in which he broke his hip and an arm. And he was left in a wheelchair.”

“It is difficult for her to walk because of what has been rest and rehabilitation,” said Ulises Bueno. “So she walks a little. She tries to move so as not to be prostrate in a chair, but that’s how I tell you.”

In Los Angeles in the morning, Ulises Bueno spoke about the health of his mother Beatriz Olave. Capture TV.

Later, Ulises Bueno explained that his mother is very happy about her courtship with Brown dew, the dancer with whom he has been dating for seven months and who was his partner in the ShowMatch Academy (El Trece, at 9:15 p.m.), a contest in which they decided to take a two-month break due to the work that came out to him in the musical field.

Ulises affirmed that Rocío Pardo helped him to abandon “everything bad.” And immediately, he addressed the issue of his addictions and the way in which he managed to overcome them.

The way out of addictions

De Brito asked him to speak to young people who suffer from addictions and Ulises said: “My message is simply that if you want you can go out. As long as you hold on to something that inspires you to go out.”

“What was it that helped you?” Asked the driver of THE M. “Meeting Rocío (Pardo) and beginning to realize that this world was not the one she shared with me,” replied the quarterer. “We did not have many coincidences in our daily lives because I had excesses: alcohol, drugs … Everyone … ”.

When asked about the situations that made him fall into addictions, Ulises Bueno answered in a forceful way: “The depression of the artist’s loneliness took me”.

“One is carrying things and is being the reference … You are suffering a lot of anguish and people idolize you for being on top of a stage – he detailed -. But the lights go out, everyone goes home and the artist is left alone And that’s where all that melancholy that makes you focus on excesses begins. “