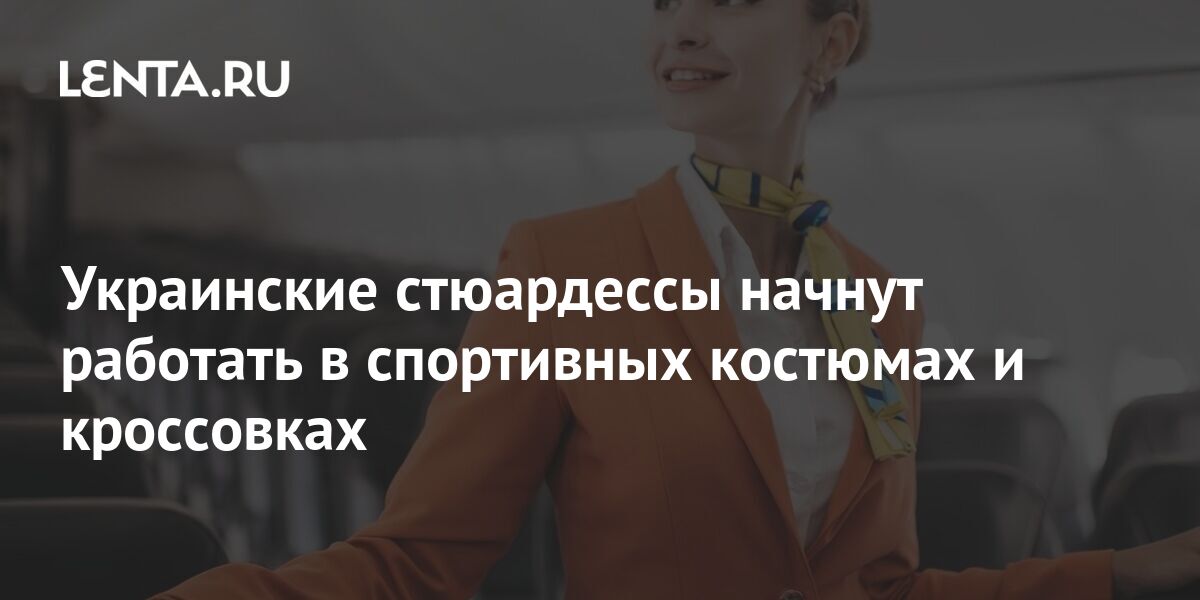 Ukrainian airline SkyUp Airlines will change the uniform of flight attendants and allow them to work in sportswear and sneakers, writes Avianews.

The low-cost airline, after four years of work, decided to freshen up the uniform of its flight attendants, making it more comfortable, and called it SkyUp Champions. Despite the fact that the men’s part of the collection has remained classic, significant changes have been made to the clothes of the flight attendants. The image was created together with partners from GUDU. “The new uniform is based on the idea of ​​dynamics and movement, so instead of suits with skirts, women will have trouser suits with a more sporty cut,” explained the representatives of the airline.

In addition to a tracksuit, the girls will wear a leather trench coat, and Nike sneakers will be provided on their feet instead of shoes. The flight attendants will start attaching the scarf developed by GUNIA project on the shoulder (previously it was tied around the neck). In addition, the employees were asked to minimize the amount of makeup on their faces and not do complicated hairstyles.

Designers believe that changing the shape will have a positive effect on the well-being of the staff, who spends all day on their feet. According to the designers, these are clothes for active, bold, bright personalities who do not like too much officialdom. “For those who appreciate style; reacts quickly, acts in a balanced manner, accepts calls and copes with them, “the press service added. The new kits are expected to be sewn in the fall of 2021.

In March, a stewardess of a Ukrainian low-cost airline revealed a way to save money when buying air tickets “in one click”. First you need to go to the ticket search aggregator site, and then enter the planned route and the dates of departure and arrival. After that, according to the airline employee, you need to choose a location on the site that is different from the real one.