Ukrainian radicals announced an award for information on finding Basta 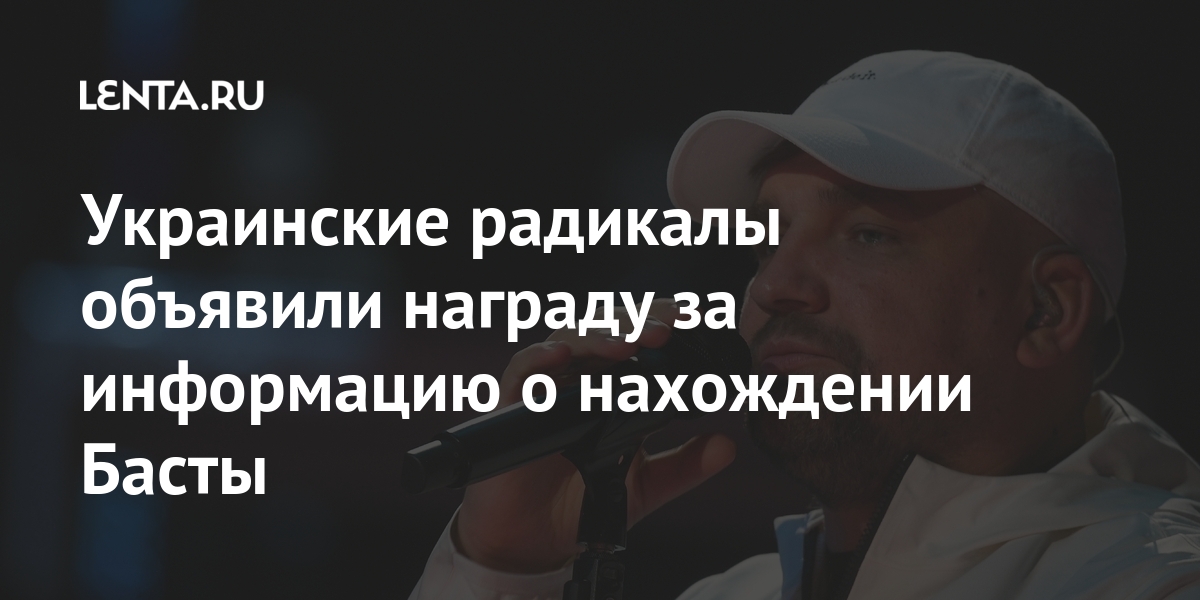 Ukrainian radicals have announced an award for information on the whereabouts of Russian rapper Basta (Vasily Vakulenko) after he was spotted in Kiev. On Wednesday, May 5, the TV channel “360” drew attention to this.

For example, the former head of the Odessa branch of the extremist organization “Right Sector” (banned in Russia) Sergei Sternenko published a video filmed at one of the Kiev restaurants, which decided to visit Bast. In the footage, another activist accuses the Russian rapper of performing in the “occupied Crimea” and claims that the peninsula is Ukrainian.

Sternenko himself pointed out on his Facebook page that “caring citizens are ready to give about a thousand dollars for information about the artist’s further movements in Ukraine.”

In turn, another Ukrainian radical Roman Sinitsyn said that on May 3 Bast practically managed to catch him on Khreshchatyk, “but he escaped.” At the same time, the activist expressed confidence that “kind people will catch this goose and bring it to the SBU, since they cannot cope with their duties together with the border guards.” He also said that he is ready to personally “add” $ 200 to anyone who will tell you where the Russian rapper is.

Trade The grocery trade grew in the early part of the year, and winter holidays in Finland boosted sales

Carlos Alcaraz: «Being here training with the best in the world means a lot to me»