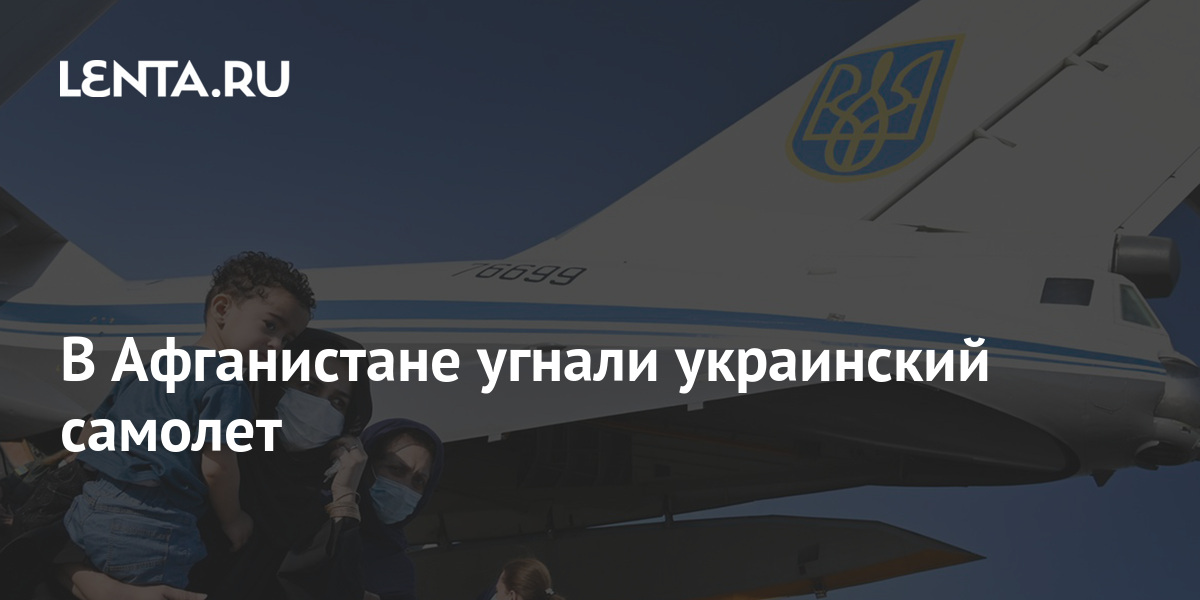 Unknown persons hijacked the plane, which was intended to evacuate Ukrainian citizens from Afghanistan, and used it to transport people to Iran. The incident took place last week, but Ukrainian Deputy Foreign Minister Yevhen Yenin only spoke about it today. The official’s words referring to the local radio broadcast RIA News…

“Our plane was hijacked by other people. On Tuesday, a plane was actually stolen from us – it flew to Iran with an unknown group of passengers on board instead of taking out the Ukrainians, ”the agency quoted the diplomat as saying.

Yenin added that the next three attempts to evacuate the citizens of Ukraine were also unsuccessful: the citizens of the country could not get to the territory of the airport in Kabul, from where the evacuation was taking place. Then the situation changed: on August 23, the third plane with people evacuated from Afghanistan landed on Ukrainian territory.

Now the Kabul airport is controlled by US troops, using it to transport American citizens from Afghanistan, as well as their local allies. Troops of other NATO countries are also present at the airport. As a result of the stampede and conflicts with the use of firearms at the Kabul airport, more than 20 people were killed during the evacuation.

Earlier, General Stephen Lyons, head of the US Air Force’s Transportation Command, warned of a “significant threat” to aircraft in Kabul. However, he declined to give any details, explaining that there are good reasons for this.