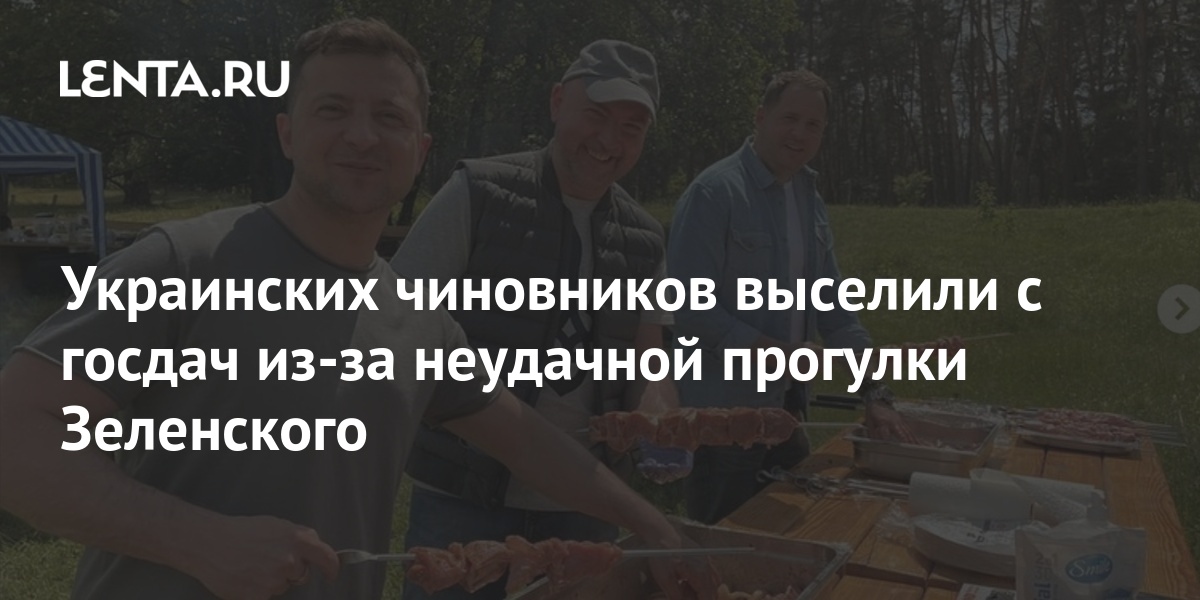 President of Ukraine Volodymyr Zelenskyy over barbecues told reporters why officials were evicted from state dachas. Details of the informal meeting with media representatives are published in Telegram-channel “Politics of the Country”.

According to the president, the idea to check all the owners of state dachas in Koncha-Zaspa came to him during an unsuccessful walk through the village. He wanted to enter the territory of one of the sections where the renovation was going on, but the builders blocked his entrance and said that it was supposedly a private territory.

Later, the president learned that the state site, for some reason, belongs to a famous plastic surgeon. Zelensky said that he was outraged and gave an order to check who else owns the land in Koncha-Zaspa, and whether they have legal grounds for that. As a result, some Ukrainian officials were evicted.

On June 6, on the Day of Journalists of Ukraine, Zelensky met with representatives of the largest media at the state dacha. This year, the president personally fried a barbecue for the guests. Last year, the meeting was also held in an informal setting on a bike ride.