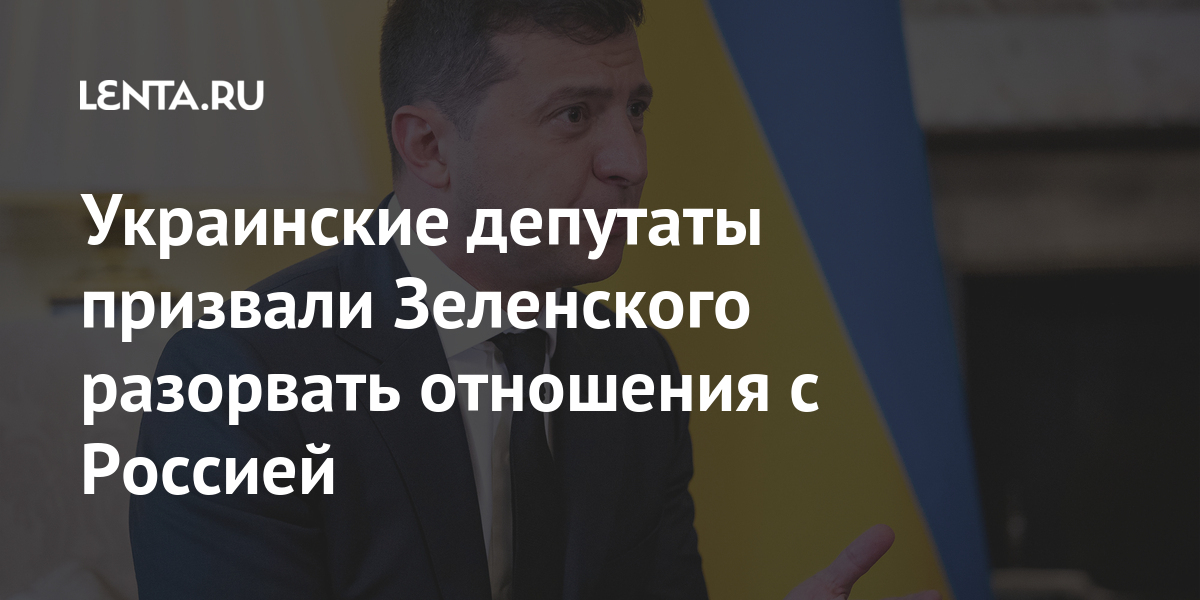 Several Verkhovna Rada deputies from the ruling Servant of the People party called on Ukrainian President Volodymyr Zelensky to sever diplomatic relations with Russia. It is reported by “Strana.ua”

The draft statement was published by Bogdan Yaremenko. The text, in particular, says that “Russian politicians and officials speak openly about their intention to put an end to Ukrainian statehood.” Moscow’s actions constitute an existential threat, the parliamentarians say.

They call on Zelensky to sever relations with Russia, invite British and American troops to Ukraine, and invite NATO countries to temporarily deploy anti-ship missile, anti-aircraft and anti-missile defense units on the territory of the republic.

The Ukrainian government is invited to adopt a plan to replace products and services imported from Russia.

Sources in the Servant of the People faction said that the draft statement was not an initiative of Yaremenko that had been coordinated with the leadership, which was supported by several parliamentarians. “This is the position of individual deputies, not a faction or a party,” said the deputy head of the faction, Yevhenia Kravchuk.

In recent weeks, Ukraine has accused Russia of building up military power at the border. The Kremlin claims that the troops are in the areas where it is appropriate.

Experts have named the routes of Muscovites for the May holidays