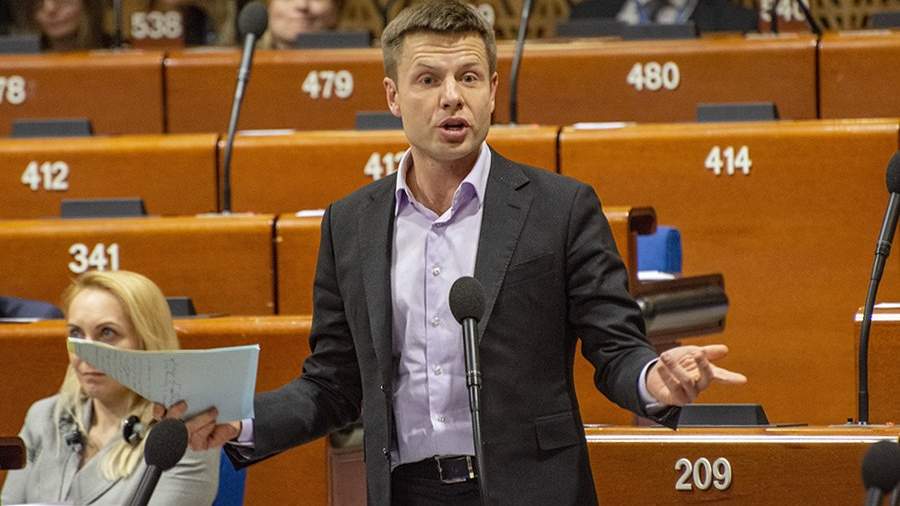 Ukrainian MP Oleksiy Goncharenko took out a Ukrainian flag during his speech at a meeting of the Parliamentary Assembly of the Council of Europe (PACE) on April 20. After that, PACE President Hendrik Dams interrupted Goncharenko, pointed out to him repeated violations of the rules and demanded to leave the hall.

“There is not a single word in the report about the territorial integrity of the member states, about the sovereignty of the member states. On the peaceful resolution of conflicts in Europe. And we have wars in Europe. I want to remind you of this. Many of you forget about this. I took this flag, ”Goncharenko said during the meeting, which was broadcast on website PACE.

After that, Goncharenko’s microphone was turned off, and Dams called the Ukrainian deputy to order and asked him to prepare a report on the incident.

Goncharenko has already received complaints from other delegations more than once. So, in January 2021, the Russian delegation appealed to the PACE chairman with a complaint about the behavior of the Ukrainian deputy in connection with his repeated boorish statements at assembly meetings. The representative of Ukraine allowed himself to make offensive remarks about Russia and the Russian delegates.

Goncharenko was also criticized by other PACE members. Dutch Senator Tini Cox chastised him for insulting Russian parliamentarians, as well as the entire assembly.

Assassinated a candidate of the Green Party in Tamaulipas