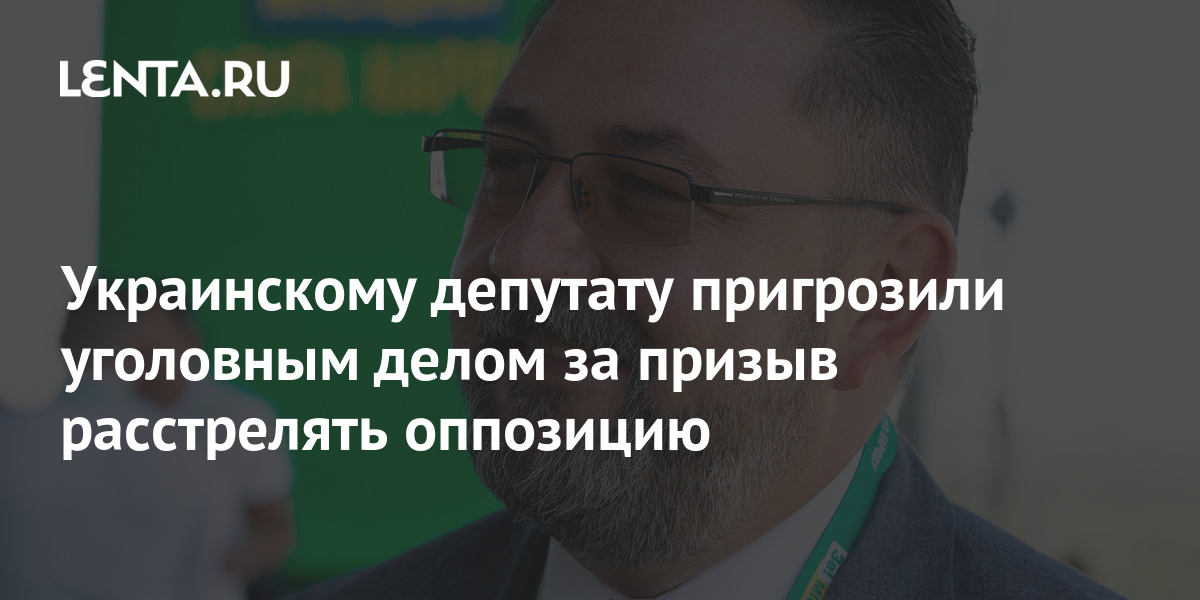 The Ukrainian party “Opposition Platform – For Life” has threatened a criminal case against the deputy of the Verkhovna Rada Nikita Poturayev, who called to shoot his colleagues. About it reported on the website of the political force.

The PLO stated that it has consistently opposed the increase in salaries of officials, which caused “hysteria in power” when considering amendments to the law on the National Council on Television and Radio Broadcasting.

“A typical representative of the ruling party, Nikita Poturayev, expressed regret that Ukraine remains a democratic state. He threatened to shoot the HLS, which consistently defends the interests of ordinary people. He expressed the mood of the entire Ze-team, ”the statement said.

The party demands to give a legal assessment of Poturayev’s statement, which, according to the PLO, is incitement to hatred and calls for physical violence against the opposition. “We will seek the opening of a criminal case on this fact and the immediate removal of this” public servant “from the post of chairman of the parliamentary committee on humanitarian and information policy,” the party promised.

Poturayev, during his speech in the Rada, said that the era of poverty and the era of lies in the country will end when the people shoot the OPSZ faction, “whose aggregate state is comparable to the budget of Ukraine.” “Unfortunately, we are a democratic country and we must go slowly and destroy you politically along with the rest of the factions of this parliament,” he added.

After that, a fight broke out in parliament.