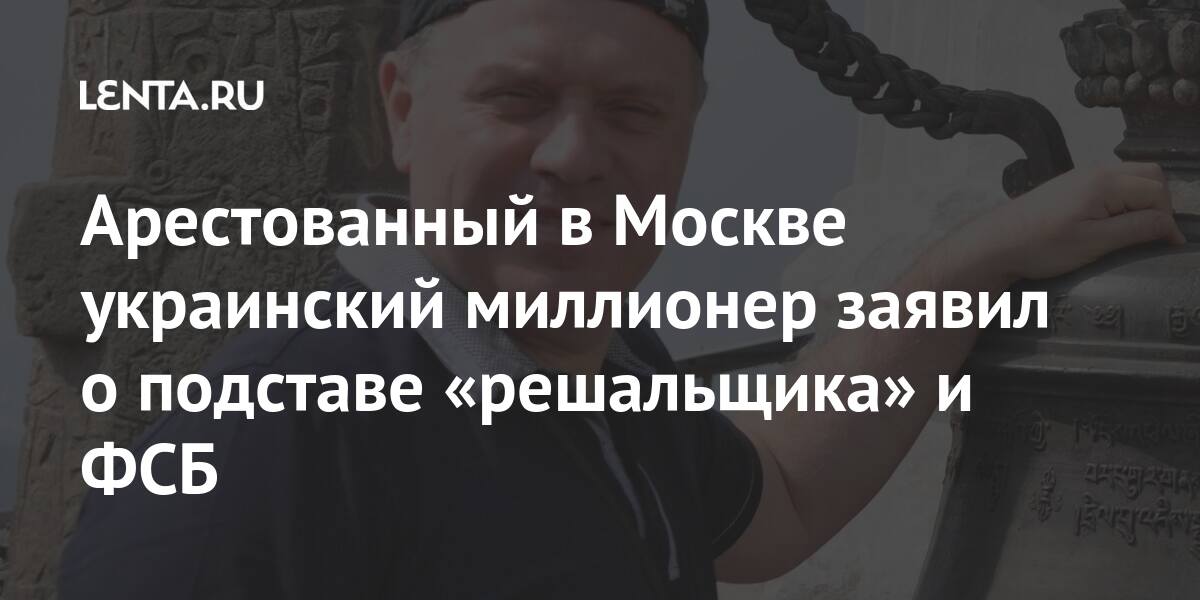 At a meeting of the Presnensky District Court of Moscow, Ukrainian businessman Pavel Klimets, accused of giving a bribe on an especially large scale, outlined his version of events, announcing that the “fixer” and the FSB had been set up. This was reported by Kommersant.

According to the investigation, the millionaire wanted to bribe Russian judges and law enforcement officers for lifting the arrest from his enterprise, the Bakhchisarai Crimean Wine and Brandy Factory. The fixer Gor Chudopalov volunteered to help the businessman, introducing himself as a lawyer, and his acquaintance Andrei Grokholsky, who announced his connections in power structures. For the services, the Ukrainian oligarch allegedly gave them 80 thousand dollars.

Klimets himself categorically denies his guilt and assures that he paid Gor Chudopalov because he introduced himself as a member of the bar association and promised to solve the problems in a legal way. According to the millionaire, the fixer, who had previously participated in a similar story, deliberately exposed him as a bribe-giver and turned him over to the special services.

Earlier, the fixer had already found himself in the dock for an attempt to sell the post of the head of the Ministry of Internal Affairs of Dagestan.

The Legacy of Jupiter: ending explained and what it means for season 2