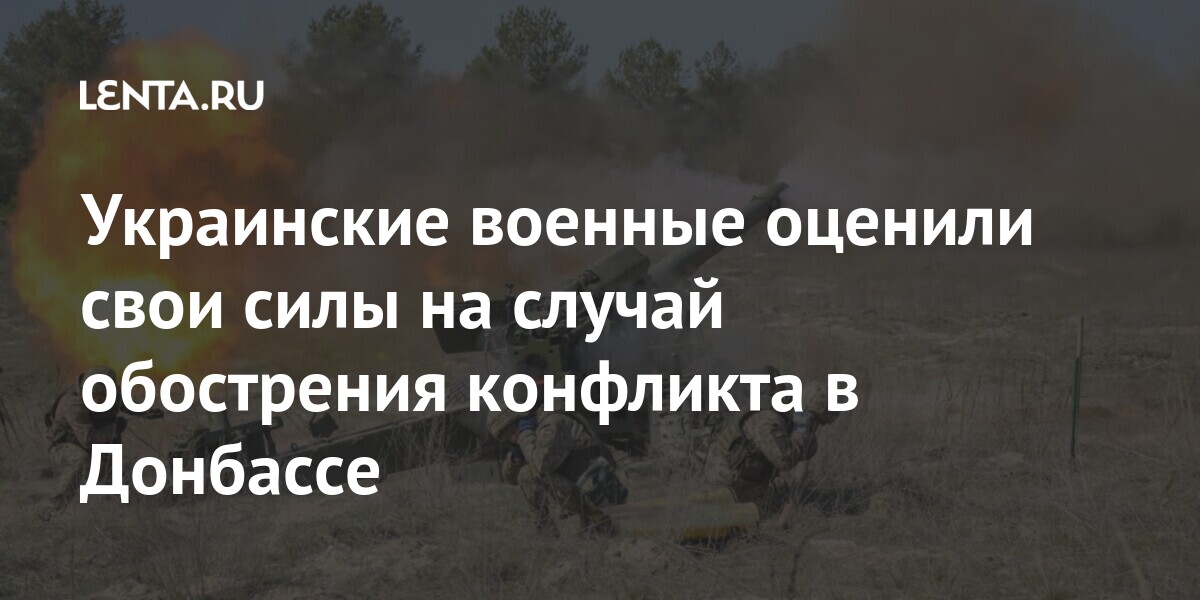 Ukraine is able to cope on its own in the event of an aggravation of the conflict in Donbass, said the commander of the Joint Forces Operation of the Armed Forces of Ukraine Sergey Naev on the air. Youtube-channel “Freedom of speech Savik Shuster”.

“We are always preparing, all our plans are being worked out without involving the armed forces of the allies,” Nayev said. According to the commander, Ukraine is counting on allied material and technical assistance. At the same time, the military personnel of the Armed Forces of Ukraine and other components of the defense sector, according to the lieutenant general, are quite enough.

Earlier, the Pentagon called on Russia to be more open in actions on the border with Ukraine.

In March, a new stage of exacerbation of the conflict between Russia, Ukraine and the Western countries began after statements by Kiev and the self-proclaimed Donetsk and Luhansk People’s Republics about shelling, reconnaissance activities and the redeployment of military equipment along the contact lines.

In the light of these events, Ukraine announced the strengthening of Russia’s military presence in the border zone. Moscow, in turn, replied that Russian forces are moving on their territory in the directions they see fit.

Spider-Man: no way home: Alfred Molina confirms that he will be part of the film