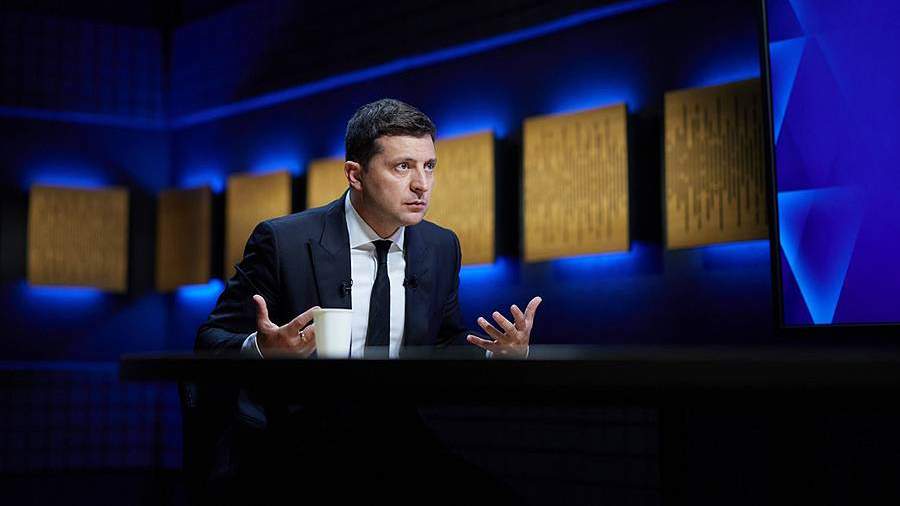 Ukrainian President Volodymyr Zelensky is afraid of his Russian counterpart Vladimir Putin, which is why he refuses to meet with him. This opinion was expressed by the ex-governor of Lugansk and Transcarpathian regions, Ukrainian General Gennady Moskal.

In his opinion, the Ukrainian president is “cowardly” and has “some kind of phobia” towards Putin. In this regard, as noted by Moskal, Zelensky will not go to Moscow.

In addition, the general believes that the leader of Ukraine is unlikely to dare to hold a meeting with the head of the Russian state somewhere else, for example, in Vienna.

“As soon as he goes to Moscow, consider that he will lose all of Western Ukraine. Perhaps he understands this very well, ”Moskal said on the air of the Ukrainian TV channel Nash.

In April, Zelenskiy offered to meet with Putin “anywhere” in Donbass. According to him, the different views of Kiev and Moscow on the past and the future can be viewed not as a problem, but as an opportunity.

Putin later said that if Zelenskiy intends to raise the topic of Donbass, he should first establish contacts with the leadership of the self-proclaimed Donetsk and Luhansk People’s Republics, and not negotiations with third countries not participating in the conflict. At the same time, the Russian leader emphasized that he was always ready to discuss relations between the Russian Federation and Ukraine with Zelensky and would receive a colleague at any convenient time in Moscow.

In addition, on July 12, an article by the Russian leader “On the Historical Unity of Russians and Ukrainians” was published, in which Putin, among other things, noted that in Ukraine today it is a question of a forced change of national identity. The President mentioned the law on the indigenous peoples of Ukraine, adopted by the Verkhovna Rada.

He added that the course towards violent assimilation, towards the formation of an ethnically pure Ukrainian state, aggressively disposed towards Russia, is comparable in its consequences to the use of weapons of mass destruction.

As Putin pointed out, as a result of such a gross, artificial gap between Russians and Ukrainians, the total Russian people may decrease “by hundreds of thousands, or even by millions.”