Ukrainian footballer hounded for moving to a Russian club 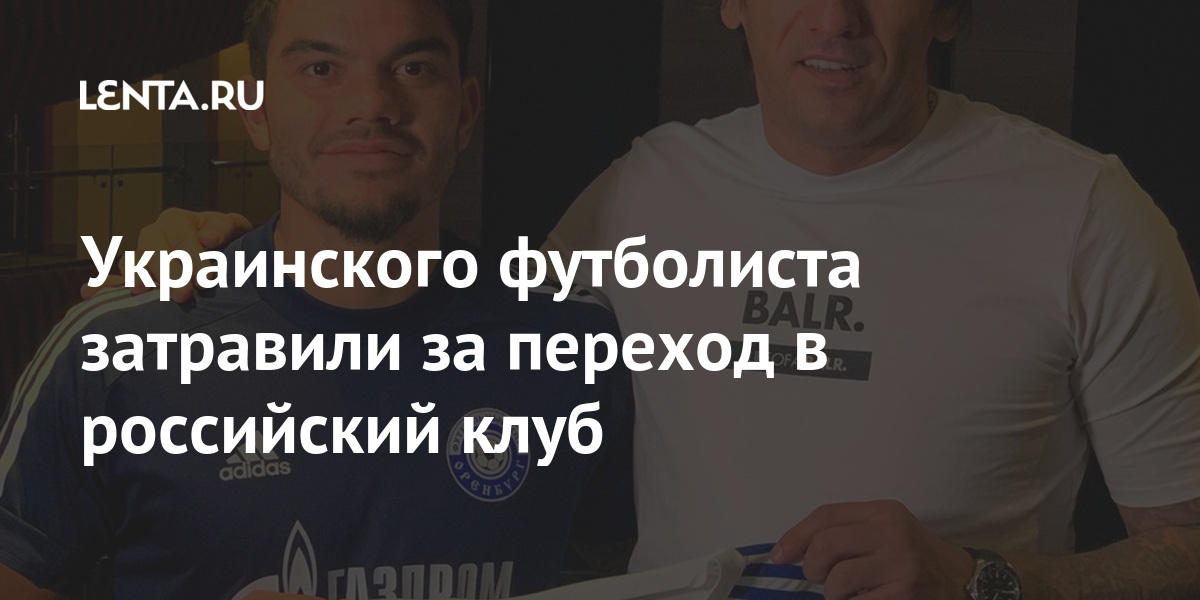 “Traitor, shame!” – wrote a user with the nickname sanych_89. “He also wanted to join the national team. That’s where he is dear, “- noted high_level_casual. “Stay there, breadwinner,” wrote suhivskiy. Comments appeared under a post with a photo of Noyoka wearing an Orenburg T-shirt. At the same time, many users supported the midfielder and wished him luck in the new team.

Noyok signed a contract with Orenburg on January 20. The 28-year-old native of Kherson joined the Russian club as a free agent following the expiration of his contract with Dynamo Brest.

Orenburg dropped out of the Russian Premier League (RPL) last season, finishing in last place. After the first half of the FNL championship, the team is in third position.