Ukraine was called “a pebble in Putin’s shoe” 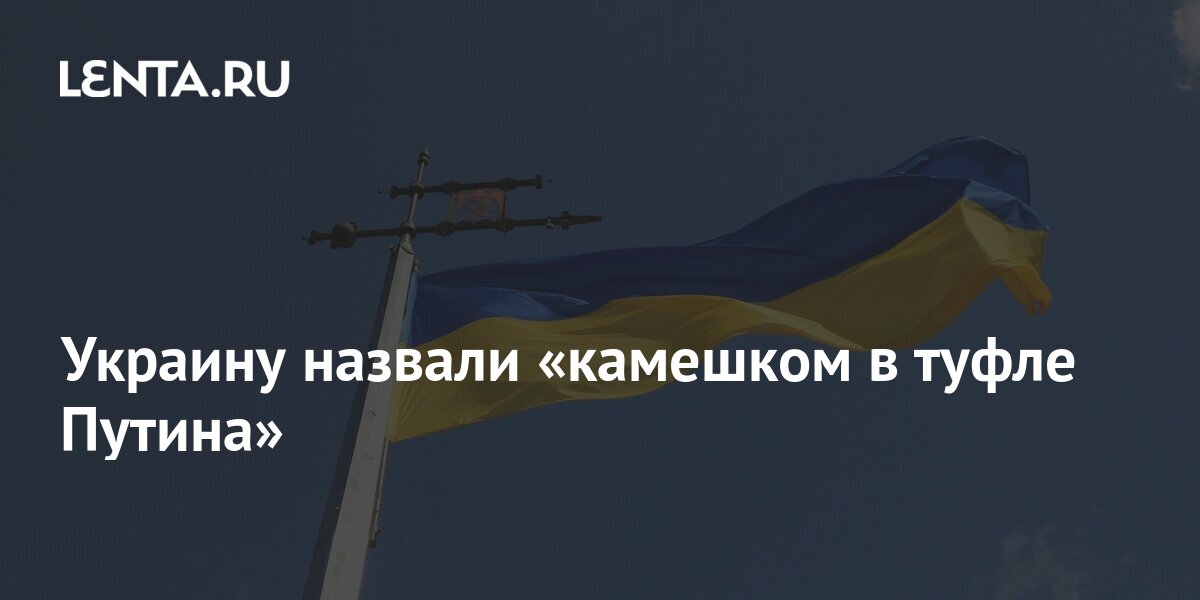 Political consultant, general director of the TV channel “NASH” Vladimir Granovsky statedthat today Ukraine has come to the conclusion that it only performs the functions of “anti-Russia”, and also called the country “a pebble in a shoe” of Russian President Vladimir Putin.

“Now the function of Ukraine is to be an“ anti-Russia ”project. Imagine that you have a nail or a pebble in your shoe, you walk, and it constantly bothers you, but you cannot pull it out, because this shoe has such subjectivity, it is sold right away with a stone. Ukraine is a pebble in Putin’s shoes. Instead of thinking about our development, we ask that sanctions be imposed against Russia and sanctions imposed against them, and Russia itself is asking for those sanctions, because thanks to them, they began to develop their own production, “Granovsky said.

Earlier, the ex-head of the Interpol Bureau of Ukraine, Kirill Kulikov, said that the country is in a situation in which the authorities want, but are not ready to return Donbass. In his opinion, in this case it will be necessary to establish the administrative order of Ukraine in these territories, which is currently impossible.

See also  In addition to the number of infections, the RKI focuses on the burden of disease

Roberta Metsola, acting president of the European Parliament and favorite to replace Sassoli

Editorial Closing schools would be costly for children