Ukrainian President Zelenskyy criticizes NATO. In a message today, he calls on the people of Ukraine to persevere.

+++ 5.48 p.m.: In a phone call with US Senate members, Ukrainian President Volodymyr Zelenskyi asked US politicians for “urgent help”. According to Bloomberg correspondent Jennifer Jacobs from Washington DC, Selenskyj called in a telephone call to support Ukraine with an aircraft delivery and to initiate further sanctions.

According to Jacobs, the Democratic majority leader in the US Senate, Chuck Schumer, as well as Democratic Senators Bernie Sanders, Cory Booker and Senator Amy Klobuchar also took part in the call. Among the sanctions that Zelenskyy has asked the US for is a ban on imports of Russian oil and the withdrawal of Mastercard and Visa services from Russia. As a result of the phone call to the US government, Schumer will support the aircraft deliveries, Jacobs reports on Twitter. These are “urgently needed” in Ukraine.

+++ 1.15 p.m.: Zelenskyy has called for continued defense of the port city of Mariupol in south-eastern Ukraine. The humanitarian corridors for Mariupol and Volnovakha in the Donetsk region should be operational on Saturday to rescue women, children and the elderly, as well as deliver food and medicines to the embattled cities, Zelenskyy said in a video address on Saturday. “Anyone who needs help should be given the opportunity to come out,” the president said. “Anyone wishing to defend their city should keep fighting.”

Ukraine war: “Our country no longer has a weekend” – Selenskyj calls for perseverance

+++ 12.20 p.m.: According to the news portal The Kyviv Independent, Ukrainian President Volodymyr Zelenskyy addressed his compatriots: “Today is Saturday, but that doesn’t mean anything. Our country no longer has weekends. It doesn’t matter what’s on the clock or the calendar. And it will stay that way until we win.” He was sure “that we will soon tell our people – come back, it’s safe now.”

See also  How can the same propaganda against Ukraine be so efficient between PT and Bolsonaristas? | Column | Leonardo Coutinho

He also thanked Poland for having taken in hundreds of thousands fleeing the war: “In fact, we no longer have a border with Poland.” Zelenskyj has sworn the people of Ukraine to resist Russia since the start of the Russian war of aggression.

Update from Saturday, March 5th, 2022, 6.30 a.m.: Ukrainian President Volodymyr Zelenskyi has sharply condemned NATO’s decision not to establish a no-fly zone over Ukraine. “By refusing to create a no-fly zone, the leadership of the military alliance gave the green light for further bombing of Ukrainian towns and villages,” Zelenskyy said in a video released on Friday.

“We believe that the NATO countries themselves created the narrative that closing the skies over Ukraine would provoke direct Russian aggression against NATO,” Zelenskyy said. Addressing the Western Alliance, he added: “All the people who die from today will also die because of you. Because of your weakness, because of your disconnection.”

NATO chief Jens Stoltenberg rejected Ukraine’s request for a no-fly zone after a special meeting of foreign ministers in Brussels on Friday.

+++ 7.40 p.m.: On Friday evening (March 4th, 2022), the Ukrainian President Volodymyr Zelenskyj addressed demonstrators in a live broadcast Frankfurt* and several other European cities. “If Ukraine falls, everyone will fall,” he warned in his speech about the effects of the war on the entire continent.

He called on those gathered in Frankfurt, Paris, Bratislava, Vilnius, Prague and Tbilisi, among others, to observe a minute’s silence for the men, women and children, soldiers, police officers and civilians who have died since Russia attacked the eastern European country . The president, dressed in olive green as in his other video messages, said goodbye with a fiercely raised fist and the words “Glory to Ukraine”.

+++ 3.49 p.m.: Kremlin spokesman Dmitry Peskov was quoted by Russian news sites as saying that Russia wanted to continue speaking with the Ukrainian delegation and not with Ukrainian President Volodymyr Zelenskyy. On Thursday (March 3, 2022) President Zelenskyy asked Russian President Vladimir Putin to “sit down and talk” with him.

Update from Friday, March 4th, 2022, 11.40 a.m.: President Volodymyr Zelenskyy has survived at least three assassination attempts in the past week. This is reported by the British newspaper The Times.

Two different groups were sent to assassinate the Ukrainian president: mercenaries from the Kremlin-backed Wagner group and Chechen special forces. Both were thwarted by opponents of the war within Russia’s Federal Security Service (FSB).

Wagner mercenaries in Kyiv have suffered casualties in their attempts and are said to have been concerned about how accurately the Ukrainians had anticipated their moves, according to the Times. A source close to the group said it was “uncanny” how well-informed Zelenskyy’s security team seemed to be.

Because of the war in Ukraine, Zelenskyy warned of an impending disaster for the entire continent: “Ukraine has 15 reactors. If there is an explosion, it will be the end for everyone, the end of Europe.”

A fire broke out in Europe’s largest nuclear power plant in Zaporizhia, Ukraine, after a Russian attack. According to the authorities, however, the situation is under control and the fire does not affect the nuclear reactors. In the morning, according to the Ukrainian Ministry of Internal Affairs, it was cleared. A training complex burned down.

“The operating staff controls the power units and ensures their operation,” said the Ukrainian nuclear regulatory authority. A leak was not found at the power plant. No changes in radioactive radiation exposure were registered, the authority said.

The International Atomic Energy Agency (IAEA) called for an end to all hostilities around the nuclear power plant and warned of “serious danger” if reactors were hit.

The Ukrainian Energy Minister Herman Halushchenko has announced an intervention by the Nato* required. “That’s why we demand not only a professional assessment of what is happening, but real intervention with the toughest measures, including by NATO and the countries that have nuclear weapons,” wrote Halushchenko on Friday night on Facebook.

Attack on nuclear power plant in Ukraine: “Security across Europe at risk”

British Prime Minister Boris Johnson called the Russian President’s “reckless actions”. Wladimir Putin* “could now directly endanger the security of all of Europe”. He wants to reach a special session of the UN Security Council “in the coming hours”. US President Joe Biden* called on Russia to stop military activities in the area around the nuclear power plant. (also with dpa/afp) *fr.de is an offer from IPPEN.MEDIA 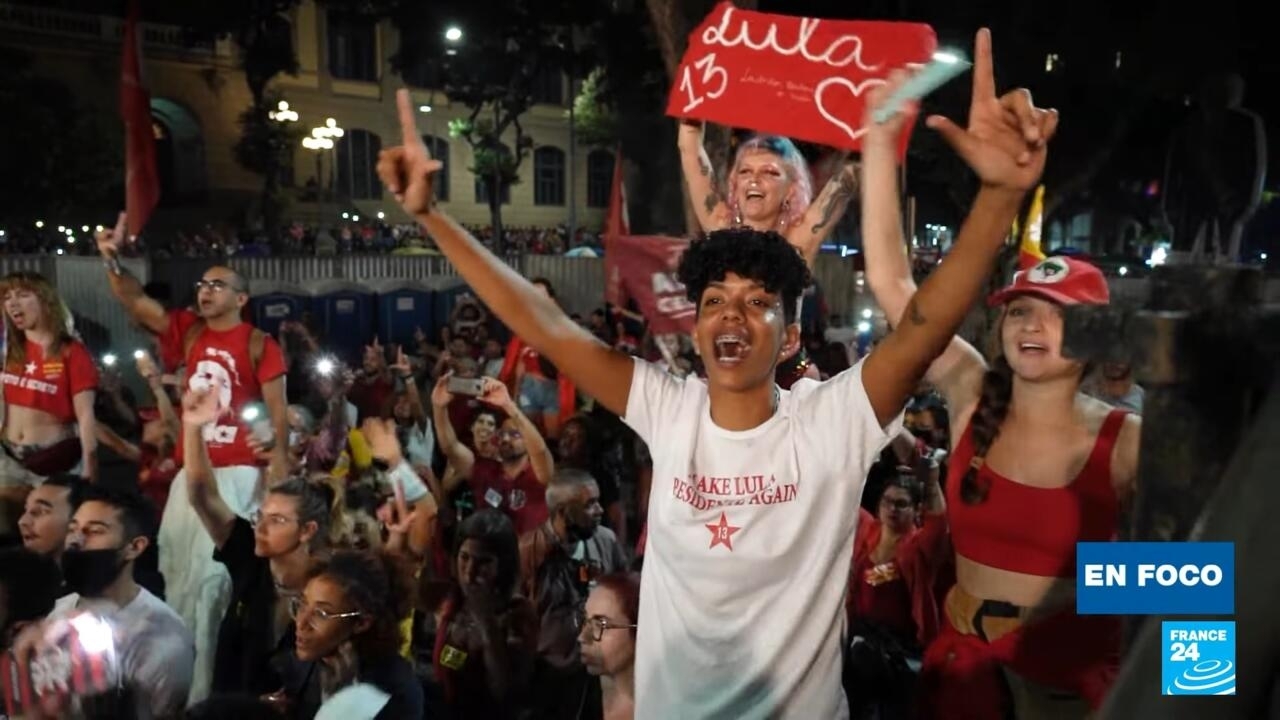 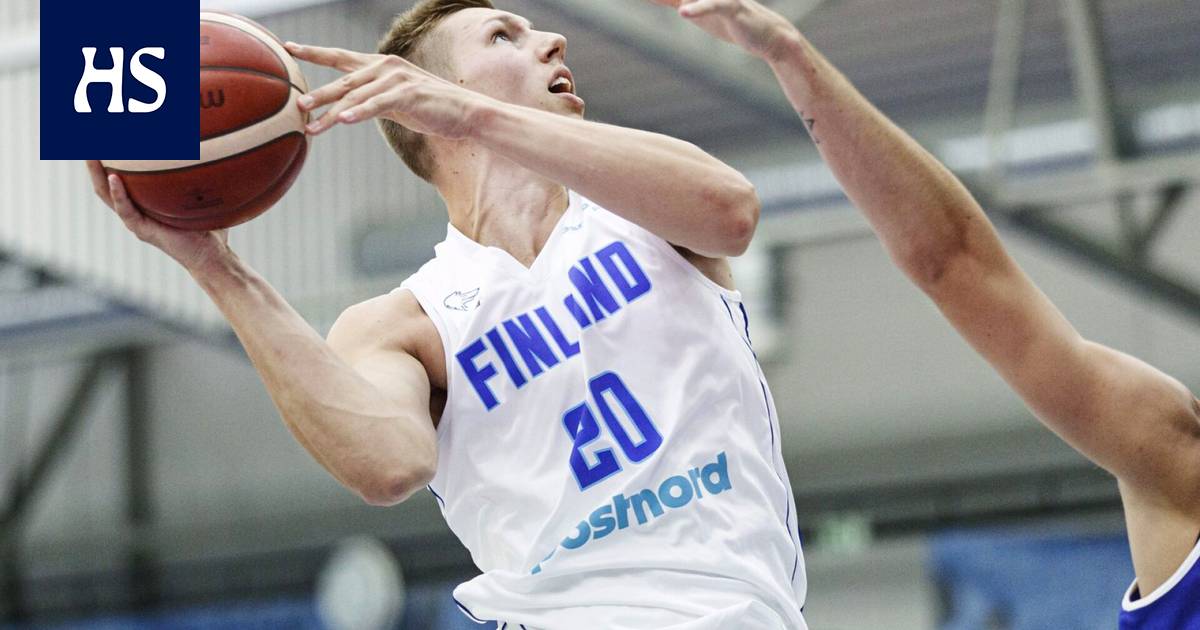 Ilse (50) has Down syndrome and has been working in restaurant 't Oale Roadhoes for 25 years, just not after 3 p.m.