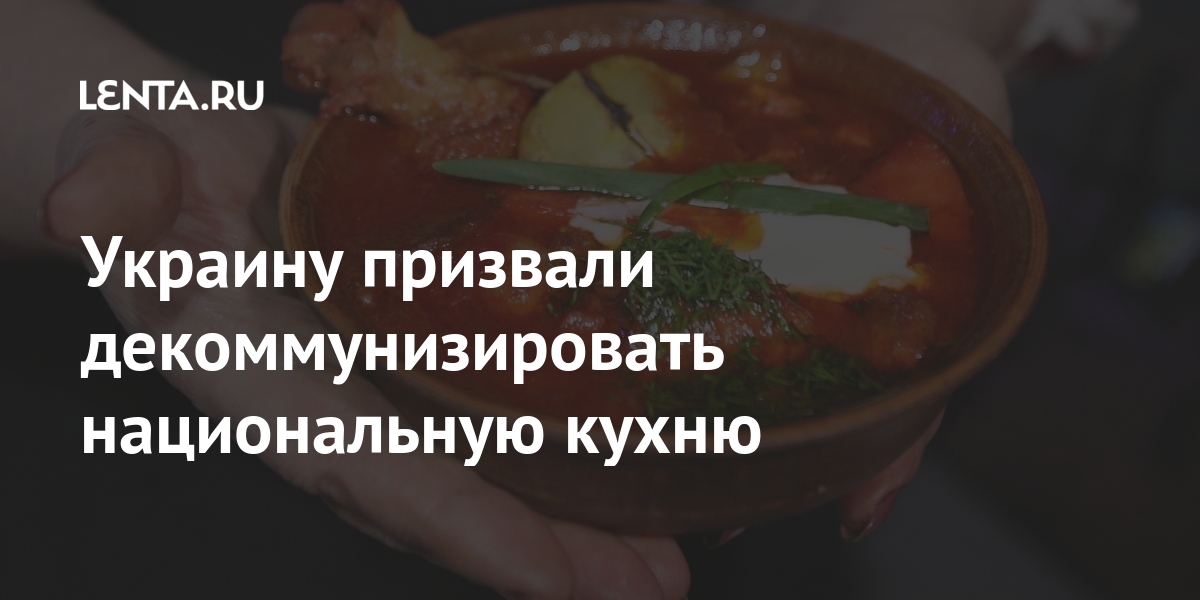 Ukraine should de-communize its national cuisine. This opinion was expressed by the Ukrainian chef Yevgeny Klopotenko in an interview with the Polish edition of Nowa Europa Wschodnia.

Klopotenko said that inactivity in the culinary sphere is unacceptable, since it matters no less than the language. According to him, it is necessary “to persuade people not to follow the patterns imposed on them in the past, but to begin to form the cultural tradition of their own people.”

The chef added that for this it is necessary to use a system of taxes and fees. So, those wishing to preserve the Soviet food traditions will have to pay more, for example, a 20 percent tax on certain dishes.

Klopotenko stressed that making such a decision will require the presence of political will, but now there is none, so Ukraine has to continue to “spin” borscht.

Earlier, Kharkiv activists demanded to de-communize the sausage produced by the local meat-packing plant. So, they did not like the name of the sausage – “Soviet” (“Radianska”). They sent a letter to the Ukrainian Institute of National Memory. The institute replied to the letter that they had considered the complaint and would recommend renaming the delicacy.

Since May 2015, a decommunization law has been in effect in Ukraine. It provides for a ban on the use of Soviet symbols, the opening of archives of the USSR secret services available in the country, and the dismantling of monuments to Soviet leaders and leaders.

Analysts have warned of a possible global shortage of hard drives

The Community will approve the Budget this Thursday, pending the support of Vox

The lion wants to roar out of Europe