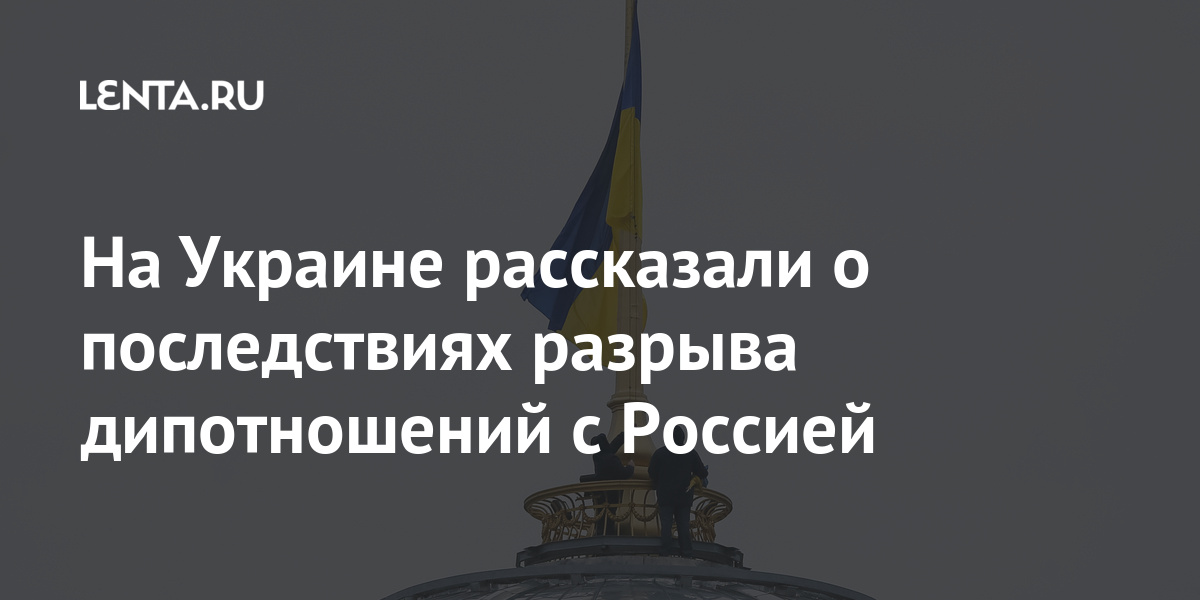 In Ukraine, they talked about the consequences of the rupture of diplomatic relations with Russia. Ukrainian political scientist Pavel Rudyakov said this to the Glavred edition.

According to him, at the moment diplomatic relations between the two countries exist only formally, and all contacts are minimized. The expert stressed that this situation has been going on for several years, and none of the parties is interested in changing the status quo.

Rudyakov added that the rupture of diplomatic relations is a step that goes beyond the framework of bilateral relations. So, in his opinion, if Kiev wants to resort to this measure, then it will have to consult with the West, which will oppose it. He also explained that a break in relations could lead to a sharp deterioration in relations between Ukraine and countries that maintain ties with Moscow, such as China.

In addition, the specialist noted that this decision could negatively affect 2.5 million Ukrainians who travel to Russia to work or temporarily live on its territory.

Earlier, members of the Servant of the People faction in the Verkhovna Rada Bogdan Eremenko and Liza Bogutskaya called on President of Ukraine Volodymyr Zelensky to break off diplomatic relations with Russia.

The situation in Donbass has been escalating over the past few weeks. Kiev accuses Russia of building up its military presence in the region. The Kremlin, in turn, says about the frequent provocations by the Ukrainian security forces and calls the situation in the region frightening. Moscow insists on the need for Kiev to comply with the provisions of the Minsk agreements.

The saga of the pandemic: from the kingdom of epidemiologists to the fight of lawyers

Tracking of thousands of emails and movements of the giant Abengoa