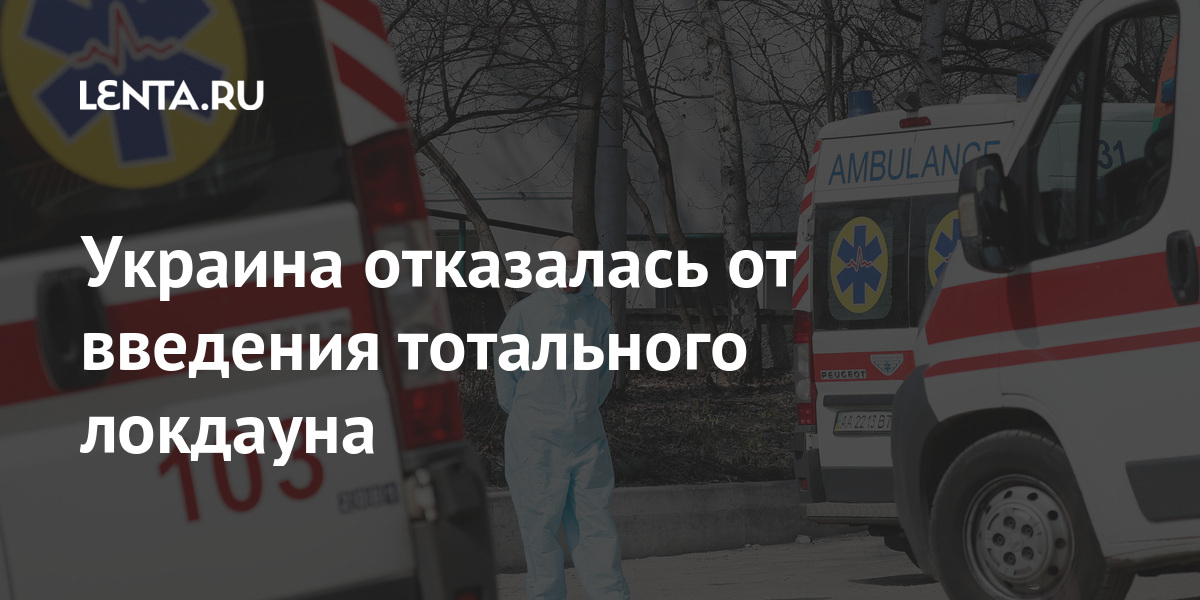 The government of Ukraine does not intend to announce a total lockdown amid the coronavirus pandemic throughout the country due to the ability of the regions to independently control the situation with the incidence. This is reported by UNIAN with reference to the Minister of the Cabinet of Ministers of the country Oleg Nemchinov.

According to him, now the main goal of the government is to prevent the spread of infection in large cities, while not stopping the work of business and social institutions by “repressive measures” and “restriction of civil liberties.” “We gave the opportunity to territorial communities to independently impose restrictions on advancing, without waiting for a decision on specific areas,” Nemchinov said.

He noted that in order to control the situation with the coronavirus, the authorities only need to monitor the observance of social distance by citizens in public places and the mask regime. At the same time, the minister did not rule out that the Cabinet of Ministers could return to considering the issue of introducing a nationwide lockdown if the situation with the incidence of the disease seriously deteriorates.

According to the latest data, more than 1.6 million people have been infected with the coronavirus in Ukraine. On February 24, vaccination with the drug Covishield, which is produced in India under the license of the AstraZeneca company, began in the country. On March 4, the government announced the beginning of the third wave of the spread of the infection. Nevertheless, most of the Ukrainian regions by now remain in the red zone of the spread of infection.

Pablo Laso: “Entering the playoff is in our power”

Escrivá will award up to 12,000 euros each year that the withdrawal is delayed