Ukraine: President Zelensky calls on Putin to dialogue due to military tension 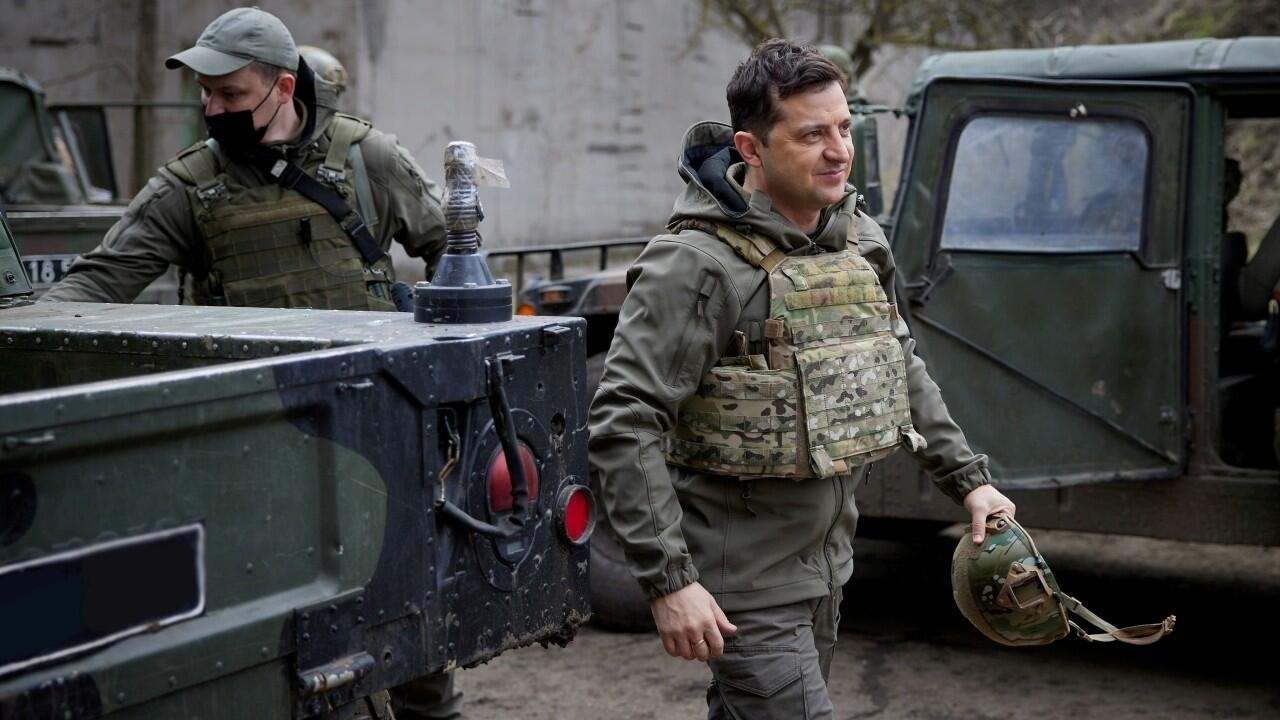 The president of Ukraine, Volodymyr Zelensky, on Tuesday challenged his Russian counterpart Vladimir Putin to meet with him, in the Donbass region, in eastern Ukraine, to end the conflict between the two states. The call came as Moscow advanced with naval maneuvers in the Black Sea, adding a new chapter to the military tension on the border that has risen in recent weeks.

Ukraine is trying to appeal for dialogue with Russia to ease tensions amid the largest mobilization of Russian troops ever seen on the border with the neighboring country.

In a video message, Ukrainian President Volodymyr Zelensky urged his counterpart Vladimir Putin to hold a dialogue to de-escalate the conflict.

“Mr Putin: I am ready to go even further and invite you to meet anywhere in the Ukrainian Donbass, where there is a war,” Zelenski said.

But the Ukrainian leader also asked his Western allies and members of the North Atlantic Treaty Organization (NATO) to give “clear signals” that they are willing to support Kiev in this confrontation.

“Our citizens need clear signals that in the eighth year of war a country that is a shield for Europe at the cost of their lives, will receive support not only as partners, from the stands, but as players of the same team, directly on the field. , shoulder to shoulder, “said the Ukrainian president.

The confrontation with the Russian authorities has led Kiev to request his admission as a member of the military alliance, a measure criticized by Moscow when accusing him of seeking provocations.

“Does Ukraine want war? No. But is Ukraine ready for war? Yes,” Zelensky warned.

The Putin government ignores the repeated calls and instead takes a new step forward in the confrontation. This April 20, it carried out naval maneuvers with fifty military aircraft and more than twenty warships, in the Black Sea, the scene of the escalation with the neighboring nation.

According to Russian Defense Minister Sergei Shoigu, his country responds to “provocations” in the area by NATO and the United States, for which he says that it must “repel an attack from the virtual enemy by means of active radioelectronic interference.”

Washington and the military alliance have regularly sent navy ships to the Black Sea and the US flew strategic bombers over Ukraine, enraging Moscow. However, the United States reversed a planned deployment of two destroyers in the Black Sea earlier this month amid mounting tensions.

But Russia is pushing even harder. In parallel, he ordered to close large areas of the Black Sea near Crimea to foreign navy ships and state ships. The measure will take effect from April 24 to October 31.

In addition, Russian authorities announced restrictions on flights near Crimea for five days from Tuesday.

Tensions are growing as violations of a ceasefire in eastern Ukraine, which was signed eight months ago, and amid a massive concentration of Russian troops along the border with Ukraine.

The European Union claims Putin has mobilized around 150,000 troops, the largest deployment of foreign military personnel ever seen in the area. The figure differs somewhat from the estimate made by the Ukrainian Foreign Minister, Dmitro Kuleba, who said that in a week there will be 120,000 troops from the neighboring country, in any case it is a massive transfer of military that raises alarms.

Moscow insists that it is free to deploy its forces and that it does not threaten anyone. Their intentions in this new chapter of the conflict that began in 2014 when the then Ukrainian region of Crimea was annexed are still unclear.

Rosario: they identify the young man found dead in a car

Tension between Israel and Palestinians escalates: 30 dead and a shower of rockets from Gaza