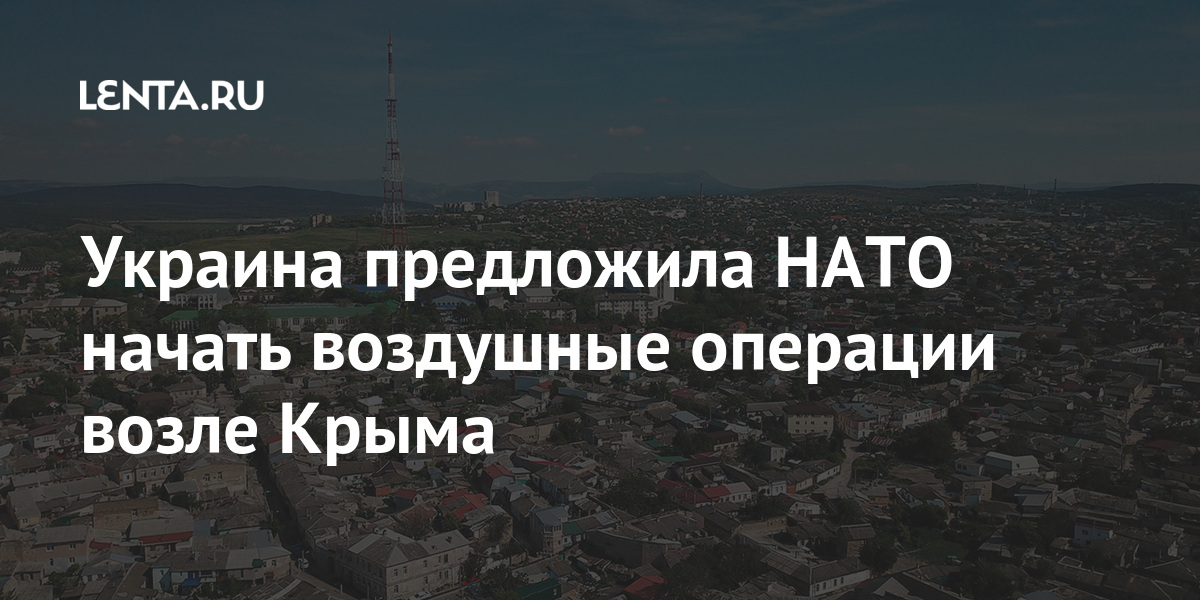 Ukraine has offered NATO to start using airspace near Crimea for operations. It is reported by “Crimea. Realities “.

On February 10, the Ministry of Infrastructure of Ukraine reported that talks were held between the head of the department Vladislav Krikliy and NATO Deputy Secretary General for Defense Policy and Planning Patrick Turner.

Kiev offered the alliance to use the airspace in the Simferopol Flight Information Region (FIR). It includes the space over the territory of Ukraine and the open waters of the Black Sea, where Kiev is responsible for servicing the traffic within the framework of international treaties.

“We propose to use this part of the airspace for NATO air operations to transport troops, equipment, cargo and the like. We hope for NATO’s support in monitoring the air situation along the border with Russia, “Krikliy said.

Earlier, the United States allowed its airlines to fly “in certain areas” of the Simferopol FIR. This is the airspace that covers Crimea, as well as a significant part of the Kherson region and the Black Sea. The ban was lifted “due to changing conditions in the airspace and reducing the danger to aircraft.”

And about. UkSATSE Director Andriy Yarmak stated that the United States will revise the ban on the use of airspace near Crimea, but will be guided by the decision of Kiev.

In 2014, Crimea became part of Russia after a referendum on the peninsula. Ukraine considers it an occupation, and considers flying over Crimea as a violation of the law.

Mel: “Our idea is that Jesé is already with us in Almería”

Dubai Health: Vaccination of the owners of vital professions in coordination with their employers