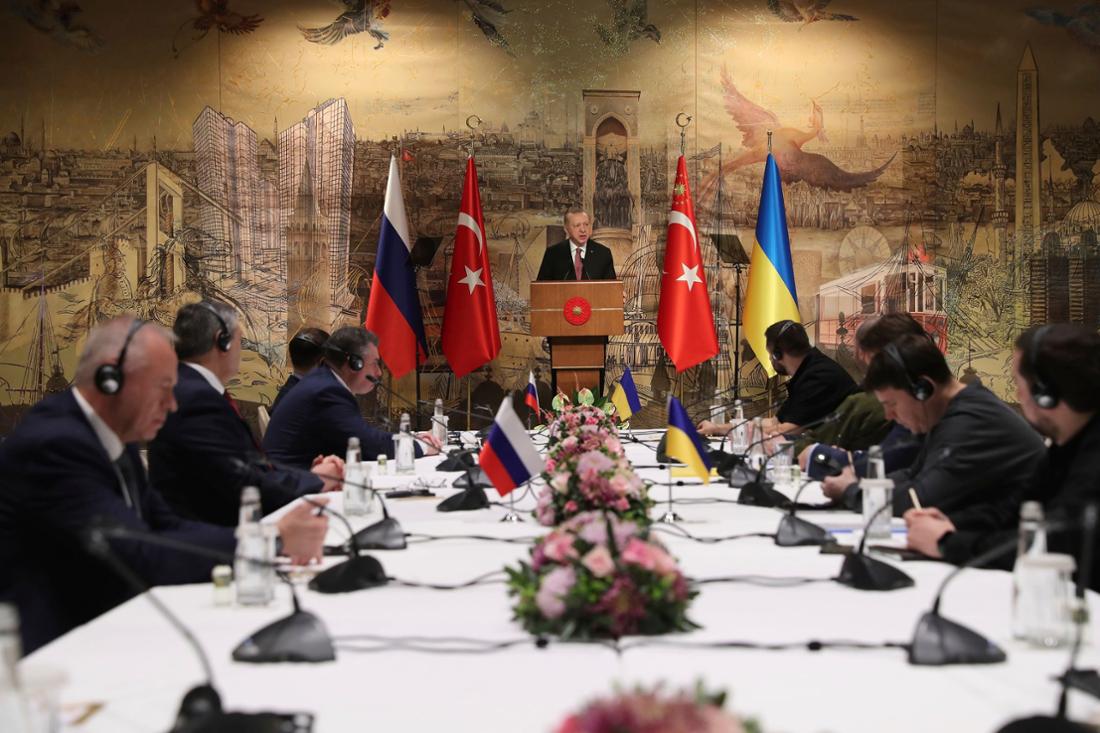 There are faint hopes after the Ukraine negotiations in Istanbul. But the USA sees Russia’s announcement as a tactical maneuver and warns.

Istanbul – hopes for an end to the Ukraine war? The results of renewed negotiations between Russia and Ukraine are somewhat more optimistic: Moscow has promised to significantly reduce its combat operations on the northern front near Kyiv and Chernihiv. This is how trust should be built, said Deputy Defense Minister Alexander Fomin on Tuesday after the meeting in Istanbul. However, the US Department of Defense sees the announcement as a tactical maneuver and warns of a new military offensive in other parts of Ukraine.

Moscow’s head of delegation, Vladimir Medinsky, praised the talks, which lasted several hours, as constructive. Russia is ready to take steps towards de-escalation – but this is not a ceasefire. He said that Kyiv* wanted to negotiate, among other things, the possibility of joining the EU. After the meeting, the Ukrainian government reaffirmed its willingness in principle to conclude a treaty on a neutral, non-aligned and nuclear-weapon-free status. As the Ukrainian presidential advisor to Volodymyr Zelenskyj*, Mykhailo Podoliak, tweeted, one of the conditions for a possible peace pact would be that Ukraine should rule out NATO membership. In return, however, hard guarantees from western states for the security of Ukraine are necessary, if possible based on the model of the NATO military alliance. Kyiv rejected the cession of territory to Russia as out of the question.

See also  Sergio Mattarella is re-elected as President of Italy

The Ukrainian delegation member David Arakhamija said that the required security guarantees should come from the permanent members of the UN Security Council such as the USA, France, Great Britain, China or Russia. This could also include Turkey, Germany, Canada, Italy, Poland, Israel and other countries. They should be worded similarly to Article Five of the NATO Treaty*. Accordingly, the members are obliged to provide military assistance in the event of an attack on one of the partners.

Presidential adviser Mykhailo Podoliak said that the issue of Ukraine’s Black Sea peninsula of Crimea, annexed by Russia*, should be discussed after the end of hostilities – within 15 years. The status of the areas of Donetsk and Luhansk in the Donbass, which are ruled by pro-Moscow separatists, should also be excluded from a current peace solution.

In the afternoon, Russia seemed to be putting its announcement into practice: the Ukrainian general staff announced that the withdrawal of individual Russian units was being observed in the area around the capital Kyiv and the northern Ukrainian city of Chernihiv.

US President Joe Biden * reacted cautiously to the Russian announcement. He doesn’t want to judge this until he sees “the actions” of the Russians. Pentagon spokesman John Kirby said there has only been “a very small number” of Russian troops moving away from the capital so far. “We believe this is a repositioning, not a withdrawal, and that we should all be prepared to anticipate a major offensive against other parts of Ukraine,” Kirby said.

Federal Chancellor Olaf Scholz* said in Düsseldorf in the evening that Putin* was pursuing “a very imperialist vision”, but none of his calculations had worked out. For example, he completely overlooked the fact that the Ukrainians want to be their own nation and that he and his army are by no means given a friendly welcome. (aka/dpa) *Merkur.de is an offer from IPPEN.MEDIA.

Ukrainian war, in Chernihiv no respite in Russian attacks