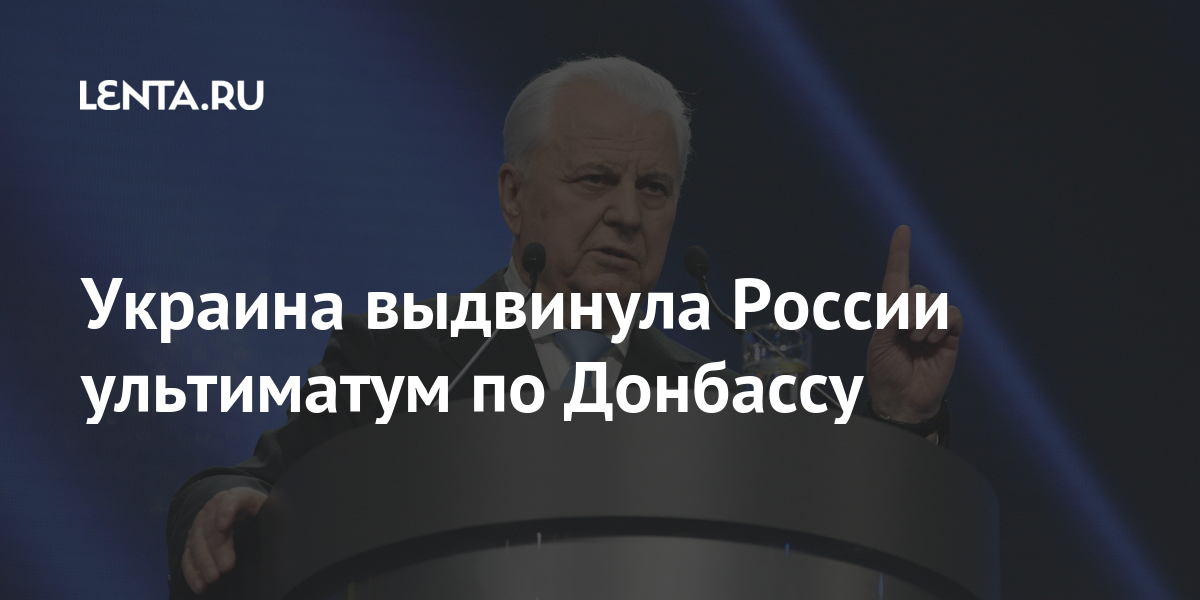 Ukraine will compromise with Russia only on condition that Moscow announces the end of the “occupation” of Ukrainian territories. This was stated by the head of the Kiev delegation to the trilateral contact group on Donbass Leonid Kravchuk, thereby putting forward an ultimatum of the Russian Federation, reports RIA News Saturday, April 17th.

He stressed that until Russia fulfills this condition, Ukraine will not make any compromise.

The ex-president of Ukraine also demanded that the Russian leadership “revive Donbass.”

On the eve, Ukrainian President Volodymyr Zelenskyy predicted a fate worse than Chernobyl for Crimea and the Donbass territory not controlled by Kiev. In his opinion, Crimea and Donbass will not be happy without Ukraine.

The City, with an eye on the lower courts rather than the Court

Is Merkel slipping away from the vaccination debate? Countries are already loosening up – Union speaks of opening up hotels and restaurants