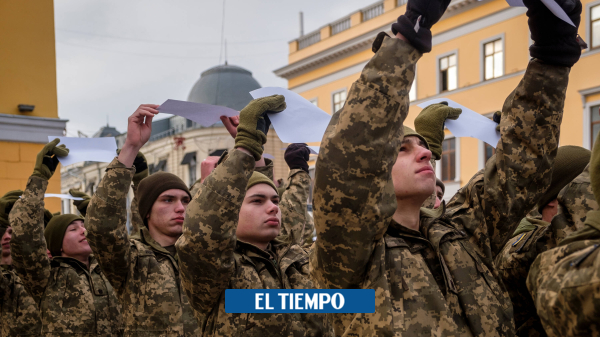 Ukraine said on Tuesday that it had dismantled a group led by Russia, which was apparently preparing armed attacks to “destabilize” the country.

(Read here: The reasons why Europe faces the greatest risk of war in 30 years)

“The organizers of the gang were preparing a series of armed attacks on infrastructure,” the Ukrainian security service (SBU) said in a statement, noting that the group “was coordinated” by the “Russian special services.”

The two organizers of the group, one of them Russian, were arrested, said the SBU, whose agents seized “an explosive device, light weapons and ammunition.” The detainees were operating in Kharkiv, a city located near the Russian border in the east of the country, and in Jytomyr, in central Ukraine, less than 150 km from the capital, Kiev.

The two individuals were ex-combatants, he told the AFP a security forces source. Under the pretext of looking for security guards, “they began to recruit” personnel, “mainly” Russians who had committed violent crimes, according to this source.

(Be sure to read: Russia’s reasons for considering putting missiles in Cuba and Venezuela)

Ukraine and Western countries accuse Russia of having concentrated tens of thousands of troops on the border with the possible goal of invading Ukraine and destabilizing the internal situation in the former Soviet republic. How close are we to that?

The Blas de Lezo frigate sets sail from the Ferrol Military Arsenal to head for the Black Sea due to the escalation of tension between Russia and Ukraine.

Allies of the United States are committed to maintaining dialogue with Russia, but they will not allow aggression

The European allies of the United States – including Germany, France, Italy and the United Kingdom – are committed to keeping the path of dialogue open with Russia and making it clear that they will not allow aggression that undermines the integrity of Ukraine.

After the round of contacts that the US president, Joe Biden, held on Monday with several European leaders to agree on a common position in the current crisis arising from the deployment of Russian forces near the border with
Ukraine, the White House confirmed that it had discussed with its European allies a possible deployment of US troops in Eastern Europe.

(Read here: What happened in the face to face between Lavrov and Blinken about the crisis in Ukraine)

For the moment, the allies advocate dialogue and dissuasion to deal with this crisis generated by the Russian attitude towards Ukraine. “We share the assessment of the seriousness of the situation,” said Von der Leyen, who warned that the Europeans and allies want diplomacy to be “successful,” but “are preparing for all eventualities.”

How many soldiers did the United States mobilize for the crisis with Russia?

The Pentagon announced that it has placed 8,500 soldiers on “high” alert in the face of increased tension with Moscow over Ukraine, although it has not yet made any decision on a deployment to Eastern Europe.

Pentagon spokesman John Kirby stressed that the bulk of US troops would be deployed to Eastern European countries as part of the NATO Response Force (NRF), for which they would be activated only if the Atlantic alliance requests it.

Faced with this decision, the Kremlin expressed its “concern” today, the spokesman for the Russian Presidency, Dmitri Peskov, said in his daily telephone press conference. He added that everything the United States does, “informationally and in fact,” is “aggravating the tension.”

(You may be interested in: What are Russia’s true intentions in Ukraine?)

S the joint air defense system will be inspected.

How likely is a Russian invasion of Ukraine?

Vladimir Putin insists that it has no plans to attack, but at the same time threatens “military measures” in revenge for what it considers the West’s “aggressive strategy”.

The Kremlin expressed concern on Tuesday about the decision to U.S to put 8,500 soldiers on “high alert” before a possible deployment in Eastern Europe due to the escalation of tension with Russia over Ukraine.

See also  The emptiness of RdT is Loren's opportunity

“We are watching these US actions with great concern,” Russian presidential spokesman Dmitri Peskov said in his daily telephone briefing. He added that everything the United States does, “informationally and in fact,” is “aggravating the tension.” “There is nothing new” in this, stressed the Kremlin spokesman, who added that Russia is awaiting the written answers that the US and NATO promised to give this week on the security guarantees demanded by Moscow. .

He indicated that the US announcement about placing troops on alert does not influence the negotiations at all. “At their current stage, the negotiations have concluded. Before understanding how we are going to continue, we must receive the text (of the answers), which we expect this week,” Peskov said.

What is Russia asking to reduce tension over Kiev?

The security guarantees demanded by Russia include curbing further expansion of the NATO, in particular Ukraine and Georgia, the cessation of all military cooperation with the former Soviet republic and the withdrawal of the Alliance’s troops and weapons to the positions they occupied before 1997.

Peskov declined to comment on Moscow’s possible responses to a US and NATO denial of his demands. “When we have the answers, we will analyze them and present our position,” the spokesman said.

NATO has also increased its presence on the eastern flank, including the shipment by Spain of the Blas de Lezo frigate and the Meteoro minesweeper. In addition, it considers increasing its presence in the southeast of the alliance.

What would a Russian invasion of Ukraine look like?

Experts believe that since Putin knows he would be taking a huge risk by launching a full-scale invasion, he might opt ​​for a smaller incursion. In his conference, Biden even went so far as to suggest that the size of the invasion would be the answer, angering Ukraine, which felt the Kremlin was being given a free pass for little action.

Paul Adams, the BBC’s international affairs correspondent, said an operation could range from hybrid attacks: hacking, disinformation and so on, “to a full-scale invasion, the likes of which Europe hasn’t seen since the Second World War. In either case, civilians will be caught in the middle. “If Russia tries to grab more territory, or install a friendlier regime in Kiev, it’s hard to see how this won’t result in many, many casualties.”

Can Europe and the United States stop Russia?

The United States and its European allies reiterated that Russia “will pay serious consequences” if it decides to attack and that it will see drastic sanctions. The US has warned it will face “disaster” if it acts, making clear it will not send combat troops.

But Washington has failed to show the unity it wanted with the Europeans, who are figuring out how they can respond as a bloc to a Russian incursion. Even during talks to prevent the escalation of the conflict, France proposed that the Europeans and NATO talk to Russia apart from the United States and French President Emmanuel Macron is expected to speak directly with Vladimir Putin on Wednesday.

The truth is that the NATO member states have warned that they will not allow anyone to “tie their hands” in their open door policy, regarding Russia’s demand that the Alliance commit to closing its doors completely to Ukraine to be part of it.

In addition to the Nord Stream 2 gas pipeline, an economic tool that Europeans have is the Swift payment system, from which they could disconnect the Russian banking system. Although until now it has been handled as an “extreme resource”, countries such as Latvia have not ruled out the possibility, in an attempt to send a strong message to Moscow.

INTERNATIONAL WRITING
*With information from Agencies 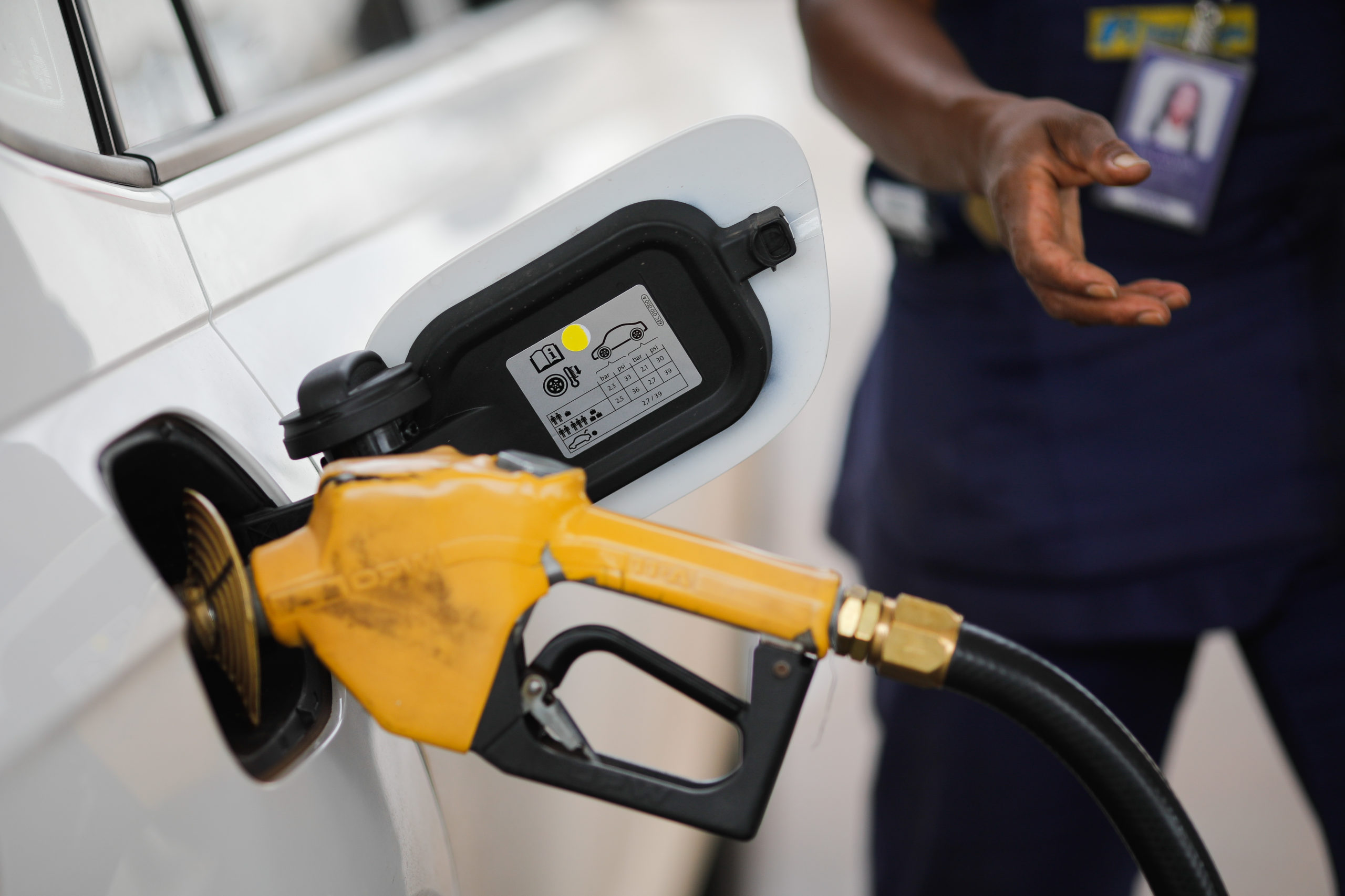 Women Mayors for Democracy in the Region