Ukraine has come up with a new way to “stop” Russia 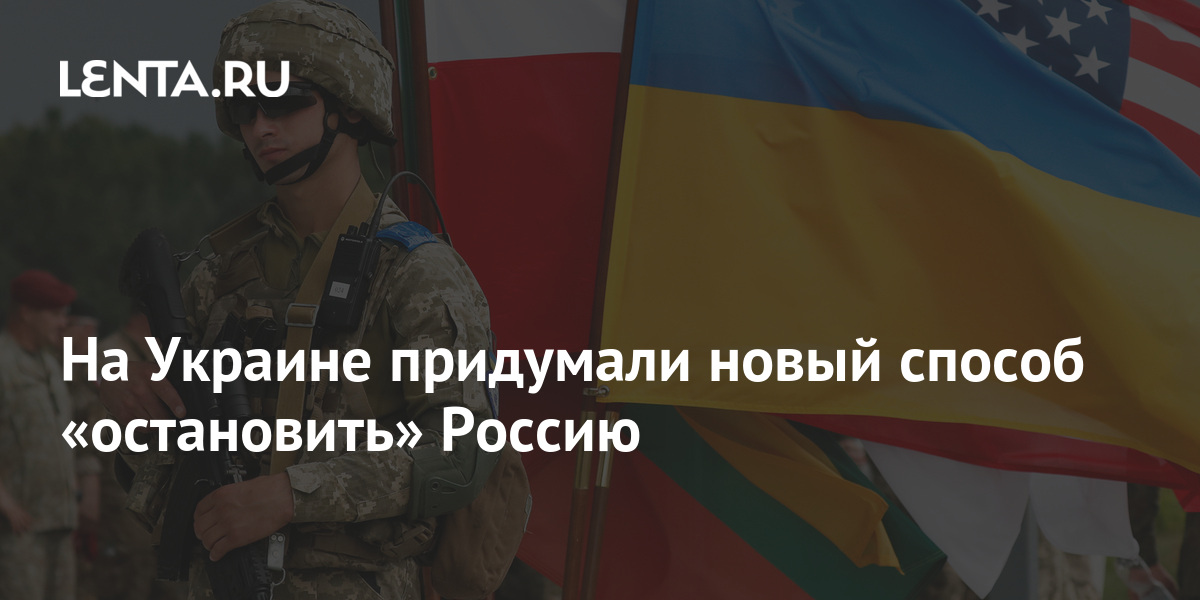 Former Ukrainian Foreign Minister Pavel Klimkin on his Facebook page named the only way to “stop” Russia. The politician wrote about this on his page in Facebook…

The conclusion is simple: failure in the struggle for a “new Afghanistan” may lead to the curtailment of the struggle for new democracies, in particular for a new Ukraine. And we need common success with the United States – only with them can Russia be stopped

about a way to stop Russia

August 15 Taliban (Taliban, banned in Russia) entered Kabul and declared full control over the territory of Afghanistan. They assured that they would soon approve the Islamic Emirate on Afghan territory and proclaim the rule of Sharia law.

Former German Chancellor Gerhard Schroeder blamed the disastrous situation that is now unfolding in Afghanistan on the four US presidents who ruled the country from 2001 to 2021 – George W. Bush, Barack Obama, Donald Trump and Joe Biden. Now, according to Schroeder, it is necessary to recognize the reality and focus on ensuring the internal stability of Afghanistan.

The current German Chancellor Angela Merkel, before leaving office, warned her fellow party members in the ruling Christian Democratic Party (CDU) that Germany would be obliged to evacuate 10,000 Afghans. She said that 2.5 thousand Afghan residents who collaborated with the German military could leave the country. Also, according to her, will require the evacuation of lawyers and human rights defenders who are at risk of persecution by the Taliban. (prohibited in the Russian Federation)…

Merkel herself will come to Moscow on Friday, August 20, for her last talks as German Chancellor with Russian President Vladimir Putin. This is Merkel’s 20th visit to Russia as head of the German government – and the first meeting of leaders since the start of the COVID-19 pandemic.

The topics for discussion are already approximately known: the situation in Afghanistan, Belarus and Ukraine. The Federation Council also suggested that one of the topics of the negotiations could be the completion of the Nord Stream 2 project and the settlement of the conflict in Donbass. The Kremlin also reported that Russian President Vladimir Putin intends to discuss the development of relations between Moscow and Berlin at the upcoming meeting with the German Chancellor.

It is planned to discuss the state and prospects for the development of bilateral cooperation in various fields, as well as consider a number of topical international and regional issues

talks between Putin and Merkel

After Moscow, on Sunday, August 22, Merkel is scheduled to visit Kiev. The politician will hold talks with President of the country Volodymyr Zelensky. However, Klimkin sees this meeting as an exclusively threat to Kiev. He is confident that Merkel plans to present Ukrainian leader Volodymyr Zelenskyy with a difficult choice regarding the construction of the Nord Stream 2 gas pipeline and the situation in Donbass.

I see big risks. What is Merkel’s goal? Don’t create a new spiral of instability. If you look at the situation from Berlin – on the one hand, [президент России Владимир]Putin with [президентом Белоруссии Александром]Lukashenko, classic autocrats. On the other, Western societies. Center – Ukraine, a hybrid society

On the threat of negotiations between Merkel and Zelensky

The ex-head of the Ministry of Foreign Affairs of Ukraine believes that while the current German Chancellor, before leaving office, will emphasize that the policy of the next German administration is unknown, and thus will be able to force Zelensky to compromise unacceptable for Kiev.