Ukraine demanded from NATO to determine its place by 2030 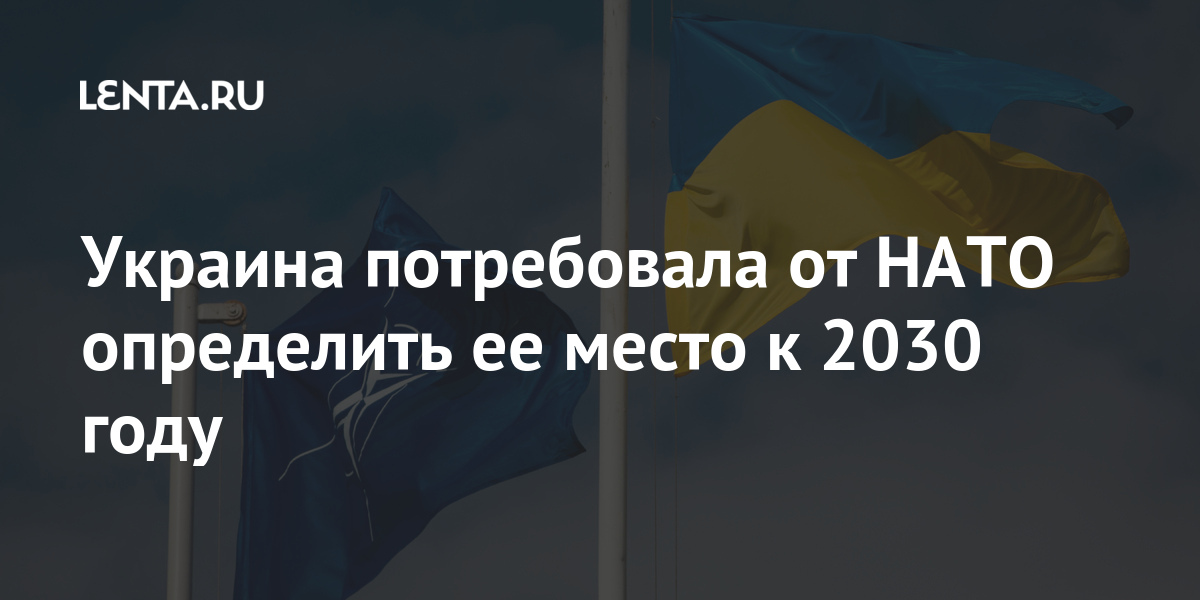 Ukraine needs to get an action plan for NATO membership in order to understand in what capacity the members of the North Atlantic Alliance see it in a ten-year perspective. This demand was expressed by the country’s Deputy Prime Minister Olga Stefanishina in an interview with Ukrinform.

She stressed that the degree of interaction between Kiev and the alliance and the level of internal transformations are not comparable to 2008. And since NATO countries are now “shaping a new vision until 2030,” Kiev wants to understand where it will be in the partners’ plans for the next ten years.

“Therefore, it is important to have an answer on the receipt of an action plan for membership,” she stressed, reminding that the action plan is not membership yet, but only a political decision that will provoke the mobilization of efforts within the state for further reforms and integration into the Euro-Atlantic community.

Commenting on this topic, Stefanishina admitted Kiev’s hopes that the “Ukrainian issue” will be remembered at the next meeting of NATO leaders. The US is expected to support the Ukrainian side.

On March 16, it was reported that NATO will revise the Comprehensive Aid Package for Ukraine, approved in 2016. They want to harmonize the new package “with the current needs of Ukraine.” Its revision will be completed in 2021.

At the same time, in early February, Ukrainian Foreign Minister Dmytro Kuleba said that so far no official negotiations on Ukraine’s obtaining the status of a special US ally outside NATO have been conducted. He spoke about this after a telephone conversation with US Secretary of State Anthony Blinken. “Ukraine has a clear goal, and this goal is full-fledged membership in NATO, on the way to this membership it is necessary to get an action plan, therefore it is necessary to move this way,” Kuleba said.

Japan: Corona virus infections did not reach the level of a “fourth wave”

Vaccination summit in Baden-Württemberg: For whom there are now dates