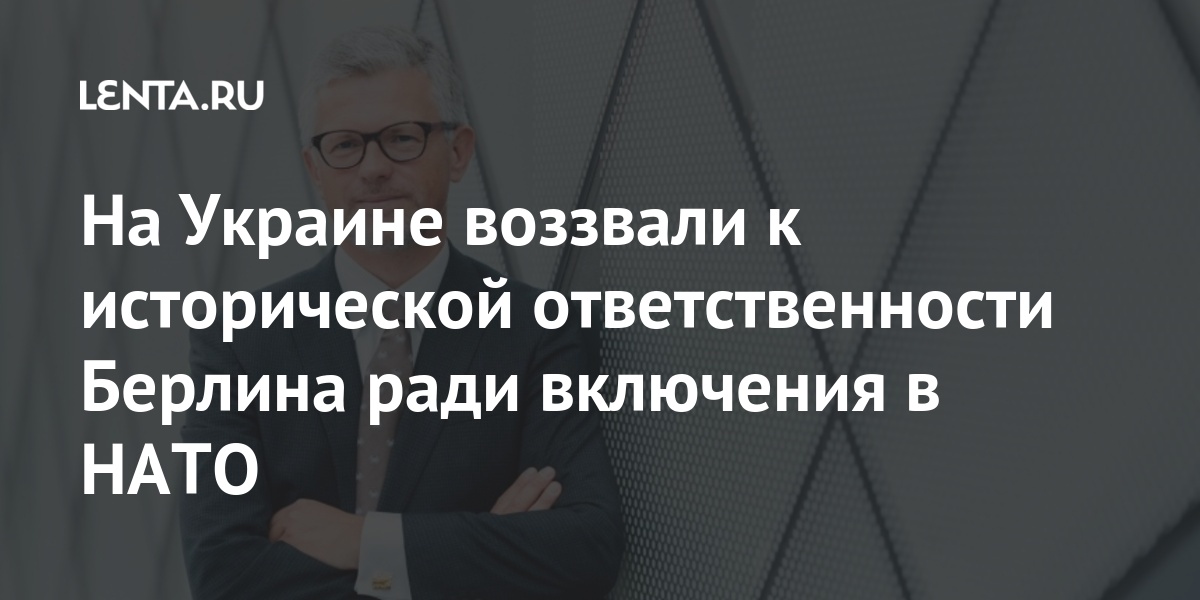 Kiev’s ambassador to Germany Andriy Melnyk called on Berlin to achieve the earliest possible inclusion of Ukraine in NATO without any excuses. He announced this to the publication Welt am Sonntag.

According to him, Germany, as a country that bears historical responsibility for Nazi crimes against the Ukrainian people, should play a leading role in Ukraine’s joining the alliance. The diplomat stressed that only this step will prevent a new war in Europe.

At the same time, Melnik noted that for the Germans, Ukraine’s joining NATO may sound like a provocation for Russian President Vladimir Putin. However, according to him, on the contrary, it will be a cold shower, which will cool the “hot heads” in the Kremlin.

The Ukrainian ambassador also called on Germany to publicly warn the Russian authorities about the “painful consequences” of the invasion of Ukraine. So, with this development of events, he considers it necessary to start an international boycott of Moscow and impose a complete economic embargo on the country.

Earlier, Melnik said that Ukraine has two options in connection with the aggravated situation in Donbass – to join the North Atlantic Alliance or return the status of a nuclear power. He stressed that the country now needs not only moral support, but also modern weapons systems.

US and China agree to cooperate with each other for climate

Turkey and Istanbul Convention: They see women as destructible objects