Ukraine boasted of a missile capable of making Russia “freak out” 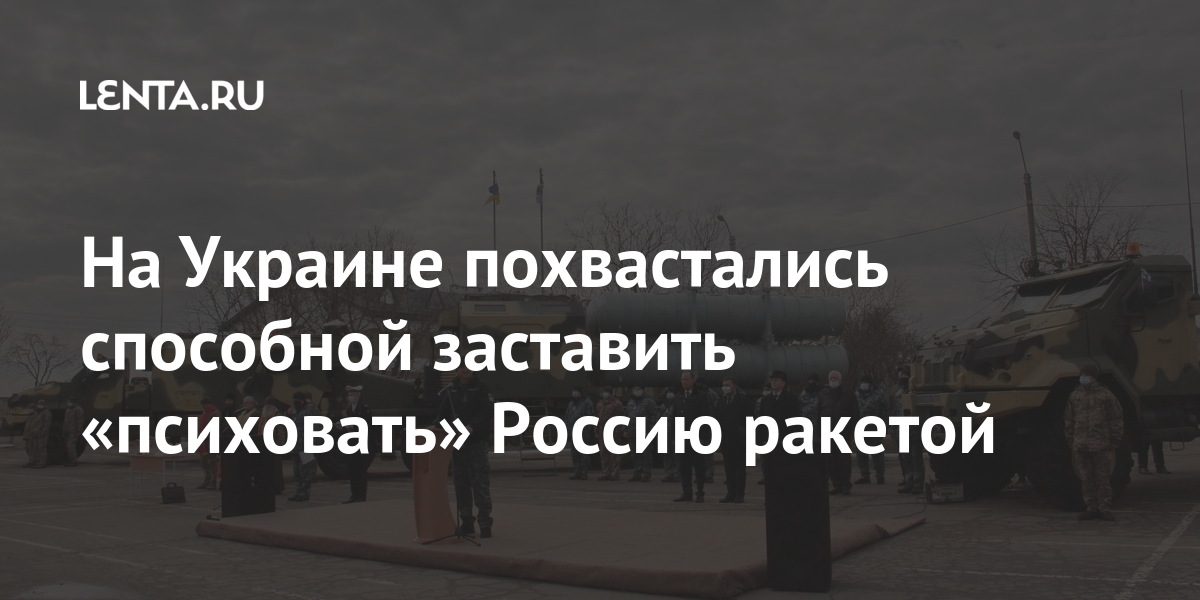 Ukrainian military expert, reserve colonel Oleg Zhdanov, in an interview with Glavred, said that the Ukrainian naval forces were reinforced with ZhK-360MTS missile systems with Neptune anti-ship missiles. According to him, these are unique weapons that make Russia “freak out”.

Zhdanov boasted that “there is no opposition to this missile today,” and the United States even became interested in it. “The rocket flies over the water at an altitude of 3-300 meters, that is, no one sees it, it is practically noiseless, it has a subsonic speed. Tests have shown that the accuracy of its hit is quite high, up to several meters, ”the expert listed the characteristics of the rocket.

According to Zhdanov, if the complexes with the “Neptuns” are placed along the coast of the Black and Azov Seas, Ukraine will be able to fully control the surface sea space almost 300 kilometers from the coast. “Russia is already freaking out,” he added.

Earlier, the Ministry of Defense of Ukraine reported that the naval forces of Ukraine armed themselves with prototypes of the coastal mobile missile system with anti-ship missiles ZhK-360MTS “Neptune”. According to Defense Minister Andriy Taran, this weapon “will increase the deterrent potential and increase Ukraine’s influence at sea.” Taran added that ZhK-360MTS “Neptune” and the ships of the Ukrainian Navy are planned to be closed “into a single defense system that can repel the enemy from the sea.”

In July 2019, the former secretary of the National Security and Defense Council of Ukraine, Oleksandr Turchynov, said that the Crimean bridge could be destroyed in a few minutes by missiles from the ZhK-360MTS “Neptune” complex.

The R-360 missile of the RK-360MTS “Neptune” complex is distinguished by a warhead weighing 150 kilograms, a launch range of up to 280 kilometers and a speed of about 900 kilometers per hour. The height of the rocket flight is from three to ten meters above sea level.

Lauterbach in ARD sure: Thromboses with severe courses come from AstraZeneca - viewers worried

Survey Is your home very special? HS is looking for the most interesting homes in Finland – answer the survey

City loses to “Raeid” for the first time after 41 matches!