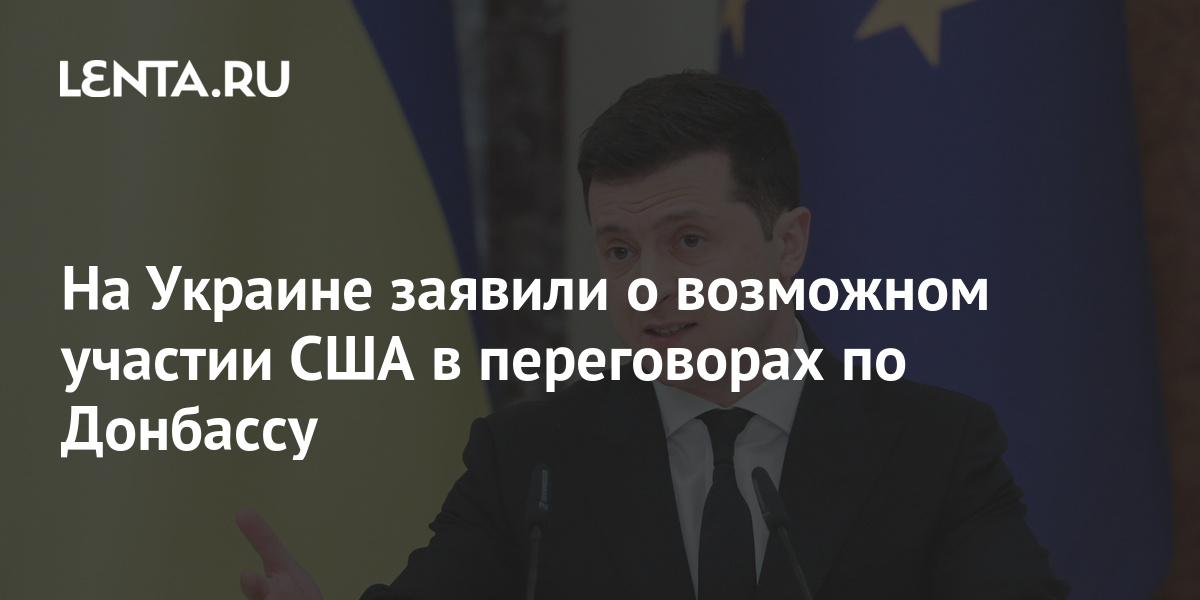 The United States stands ready to help Ukraine end the war in Donbas and provide a lasting security system for Ukraine. This was stated by the head of the office of the President of Ukraine Andriy Yermak on the air of the program “The right to rule“On the TV channel” 1 + 1 “.

According to the politician, for this purpose, the United States is ready to participate in negotiations. Yermak stressed that the involvement of the American side also applies to Nord Stream 2, since Ukraine views it as a matter of national security. At the same time, he noted that the issue of replacing the Minsk format of the settlement in Donbass or abandoning it in Washington was not raised during the negotiations between the leaders of the two countries.

On September 1, US President Joe Biden and his Ukrainian counterpart Volodymyr Zelenskyy completed negotiations. The leaders of the countries opposed the construction of the Nord Stream 2 gas pipeline and adopted an agreement on strategic partnership between Ukraine and the United States. Biden stressed that the United States is ready to support Ukraine’s sovereignty and territorial integrity.