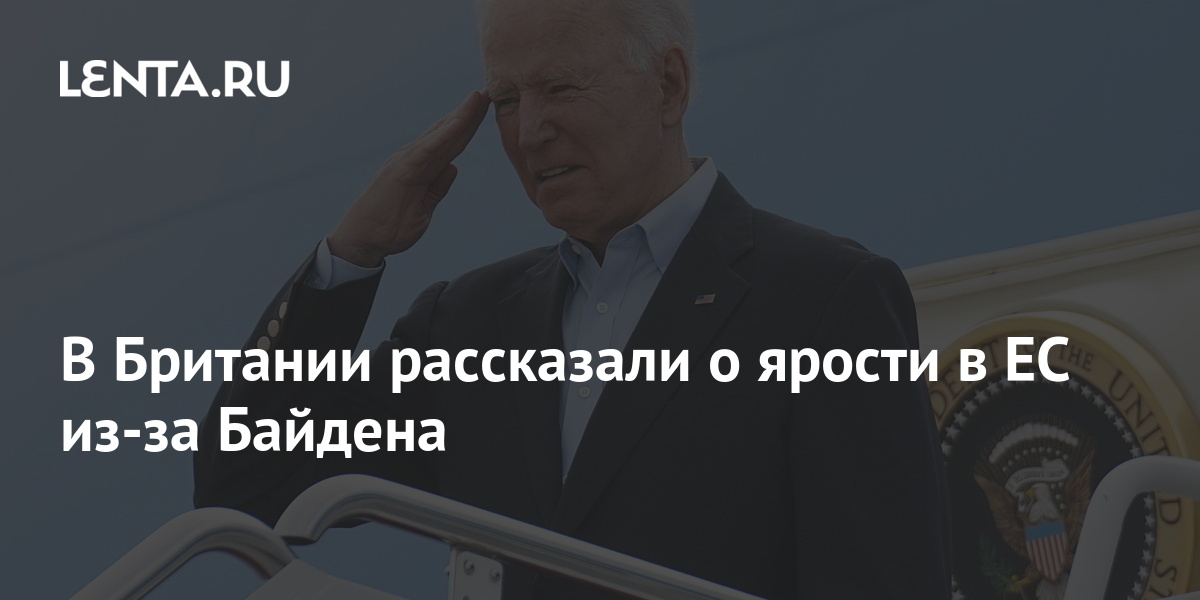 US President Joseph Biden infuriated some EU politicians by not informing the union about plans to hold a summit with Russian counterpart Vladimir Putin. Express journalist Callum Hoare wrote about it.

The author of the article noted that the American leader will soon embark on his first trip to European countries since taking office. Leaders of different states say that they are happy with his visit, but in fact, politicians have different opinions on this matter, Khor writes.

The publication also cites the words of the official that the United States did not notify Brussels of its intention to hold a meeting between Biden and Putin. In addition, the journalist added, the US president has not yet appointed an ambassador to the European Union. Based on this, a number of countries have a feeling that the EU needs to show strategic independence from NATO.

The summit of the two leaders will take place in Geneva on June 16. Jake Sullivan, National Security Assistant to the head of the American administration, revealed the topics that will be discussed at the meeting of heads of state. According to him, the presidents will talk about the recent hacker attacks using ransomware viruses, the delivery of humanitarian aid to Syria and possible ways to reach an agreement with Iran on its nuclear program.